When a non-family member leads the family business

Many elements are involved in building a strong working relationship with a non-family CEO.

In 2008, when the search firm helping IDEAL Industries find a non-family CEO suggested Jim James, third-generation leader Dave Juday balked. James was then working an hour and a half away from IDEAL’s Sycamore, Ill., headquarters as a group president at Illinois Tool Works.

“I said, ‘No way,’ ” recalls Juday, then chairman and CEO of IDEAL, which makes tools and supplies for the electrical and telecommunications industries. Juday didn’t think an executive accustomed to the corporate culture of a $14 billion company would be a good fit for his family business. He didn’t want a CEO who would try to apply a “prescribed model” to IDEAL.

As it turned out, James wasn’t excited about the prospect of interviewing with a family business. He had worked for one before and had a bad experience.

“I had no desire. I was really talked into it [by the recruiter],” James says. The recruiter even told James that Juday didn’t want to talk to him.

“So there I was, driving an hour and a half to meet someone who didn’t want to meet me,” James recalls. “And I had promised the family we’d never move again.” 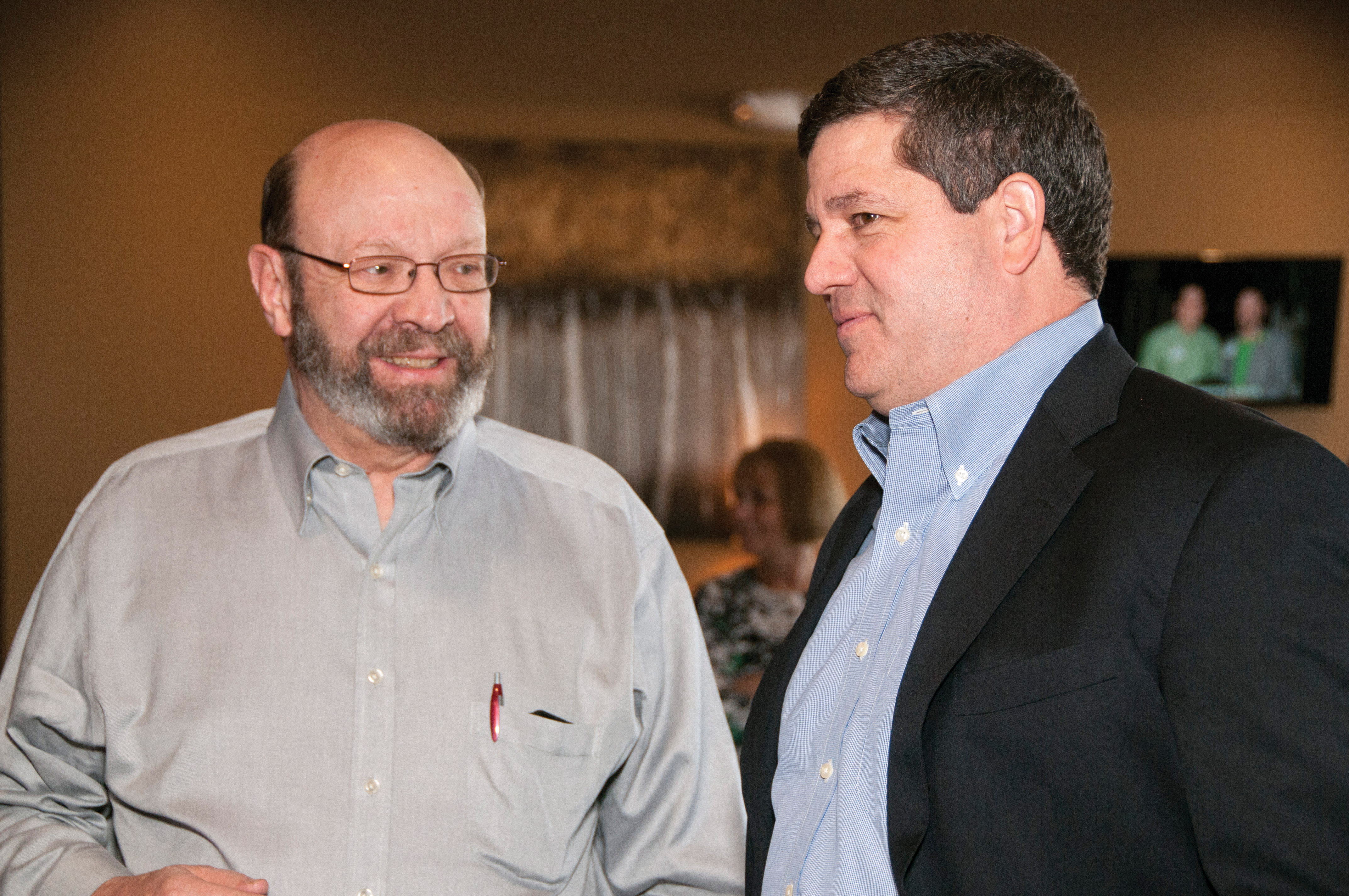 “The first 20 or 30 minutes of that meeting, feeling each other out was challenging,” Juday says. But then the two men warmed to each other. “After that, we began to talk about how can we make this work, because this would be really great for both of us.”

James became IDEAL’s president and CEO in 2008 and was named chairman when Juday retired in 2014; Juday now serves as a director on the board. James did not move his family, opting instead for a lengthy commute.

As both men freely admit, the recruiter knew best. IDEAL has flourished under James’ management, and the CEO has a great relationship with Juday.

Looking outside the family
While most family business owners hope to pass ownership of their companies to their children, there may not be anyone in the next generation who is interested in running the business, or capable of doing so. Some business families hire non-family CEOs to serve as a “bridge” while the rising generation acquires the necessary experience. Other families recast their roles as owner-investors, ceding management to non-family professionals.

At E. Ritter & Company, an agriculture and communications business based in Marked Tree, Ark., the norm had been “succession through death,” according to retired chairman and CEO Dan Hatzenbuehler. After each family CEO passed, the next generation would scramble to fill the void.

“Clearly we didn’t have a family member who was in the position to become the next president,” Hatzenbuehler says. “We pretty much knew from the outset.”

In 2010, Hatzenbuehler gave the board of directors 18 months to two years to find his replacement. The company hired a consultant to find his successor in a national search. Chip Dickinson joined E. Ritter & Company as president in October 2011 and became CEO in January 2013.

Herschend Enterprises, which runs theme parks and other tourist attractions across the United States, has had four non-family CEOs in 27 years. The company, founded in 1950 as a cave tour in southwest Missouri, is now the largest family-owned U.S. themed attractions company.

Chris Herschend, a third-generation family member who serves as lead shareholder, attributes the company’s growth to its independent board of directors as well as non-family leadership.

“If you don’t want the best talent running your business, you should think about if you’re the best ownership for the business,” Herschend says.

Herschend has a message for NextGen family business members who dream of becoming CEO when they are older: “I would say, from my own experience, that there is a whole world out there for you that is far more rich and satisfying. Ownership is part of your life, not your whole life.”

Herschend Enterprises’ current non-family president and CEO, Andrew Wexler, joined the company in 2007 as a corporate vice president and became CFO in 2008. He was promoted to his current position in 2015. 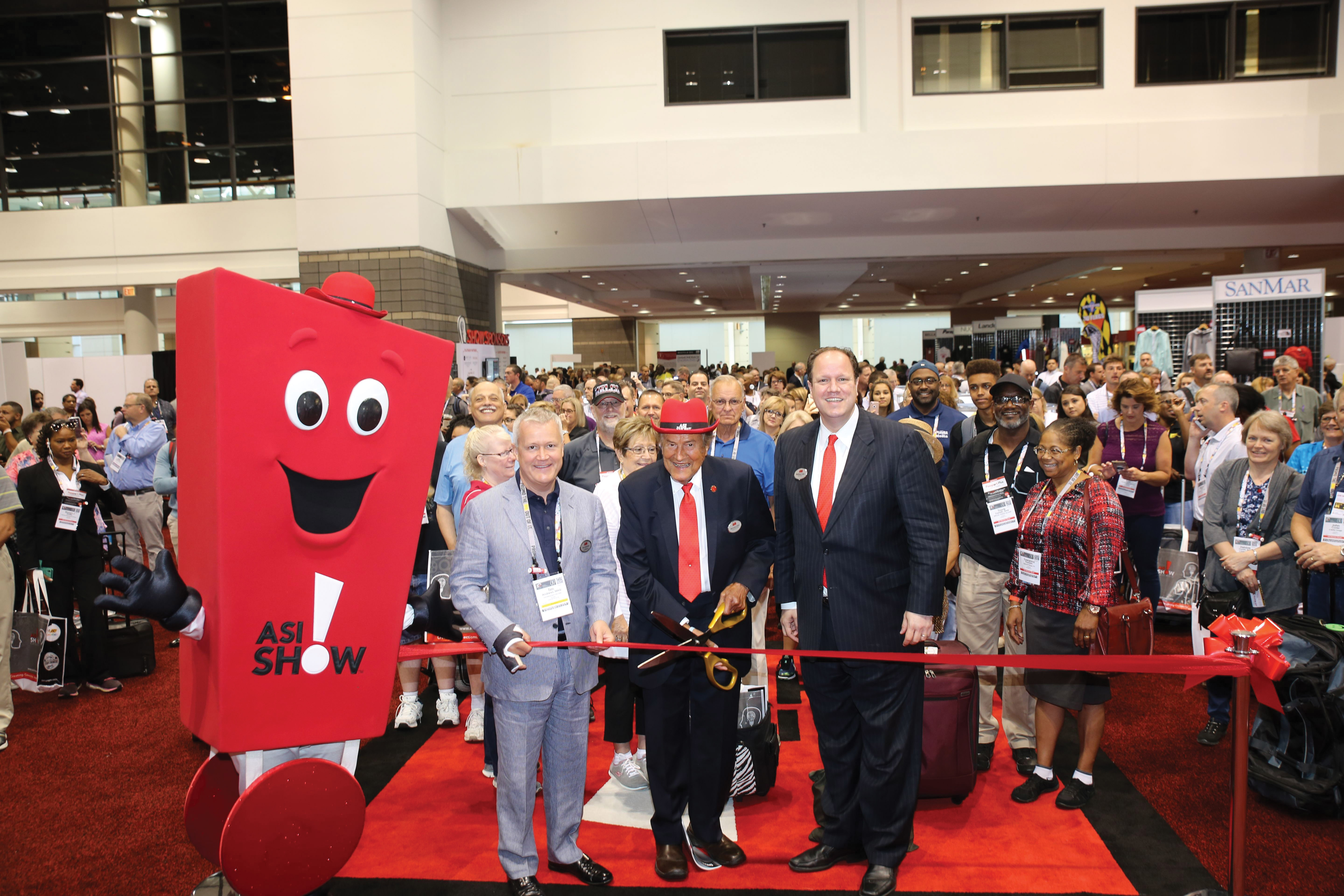 Tim Andrews was hired 15 years ago as CEO of Advertising Specialty Institute (ASI), a third-generation, Trevose, Pa.-based membership organization that supports the promotional product industry through technology, media and trade shows. Non-family CEOs have led ASI since Maurice Cohn bought the company in 1964.

Before coming to ASI, Andrews had worked at a larger company. He recalls that the Cohn family wanted to make sure he wouldn’t impose more of a corporate culture than ASI needed. Through a series of interviews, Andrews and the family got to know each other, and they discovered they shared the same values.

The search process
Wexler hadn’t worked at a family business before he came to Herschend. He has a finance background and a wide breadth of experience including real estate management and technology.

After he joined the company, Wexler worked closely with Joel Manby, the previous CEO. “He said that obviously the board would hire the next CEO, but ‘I want to develop you so you would be the right person at that time,’ ” Wexler recalls.

When Manby left his position, Herschend used a recruiting firm to find a successor. Chris Herschend says using an outside search firm ensures an objective process.

Wexler agrees the process was important. “Going through the search process, and emerging from it, gave me the confidence that I was the right person in the eyes of the board and, ultimately, the shareholders,” he says.

“The first question the chairman asked me was, ‘Are you sure you want this job?’ “ Wexler remembers. Then the chairman told Wexler it was the board’s fiduciary duty to bring in the best person to lead the company.

“And I understood that,” he says. “At the end of the day, we’re all here to be stewards for the Herschend family.”
Dickinson had family business experience before joining E. Ritter & Company. He had been president at Anderson-Tully Co., owned by his wife’s family, from 1995 until the company was sold in 2011.

Working at Anderson-Tully “helped me to appreciate the unique dynamics of a multigenerational family business — the ownership issues, management issues and strategic issues,” Dickinson says. “I saw it firsthand.”

Getting onboard
The easiest transfers of leadership occur when a successful CEO is around to help the new leader ease into the job. Because family CEOs in most cases are also owners of the company, they have an extra incentive to make the handoff as seamless as possible. 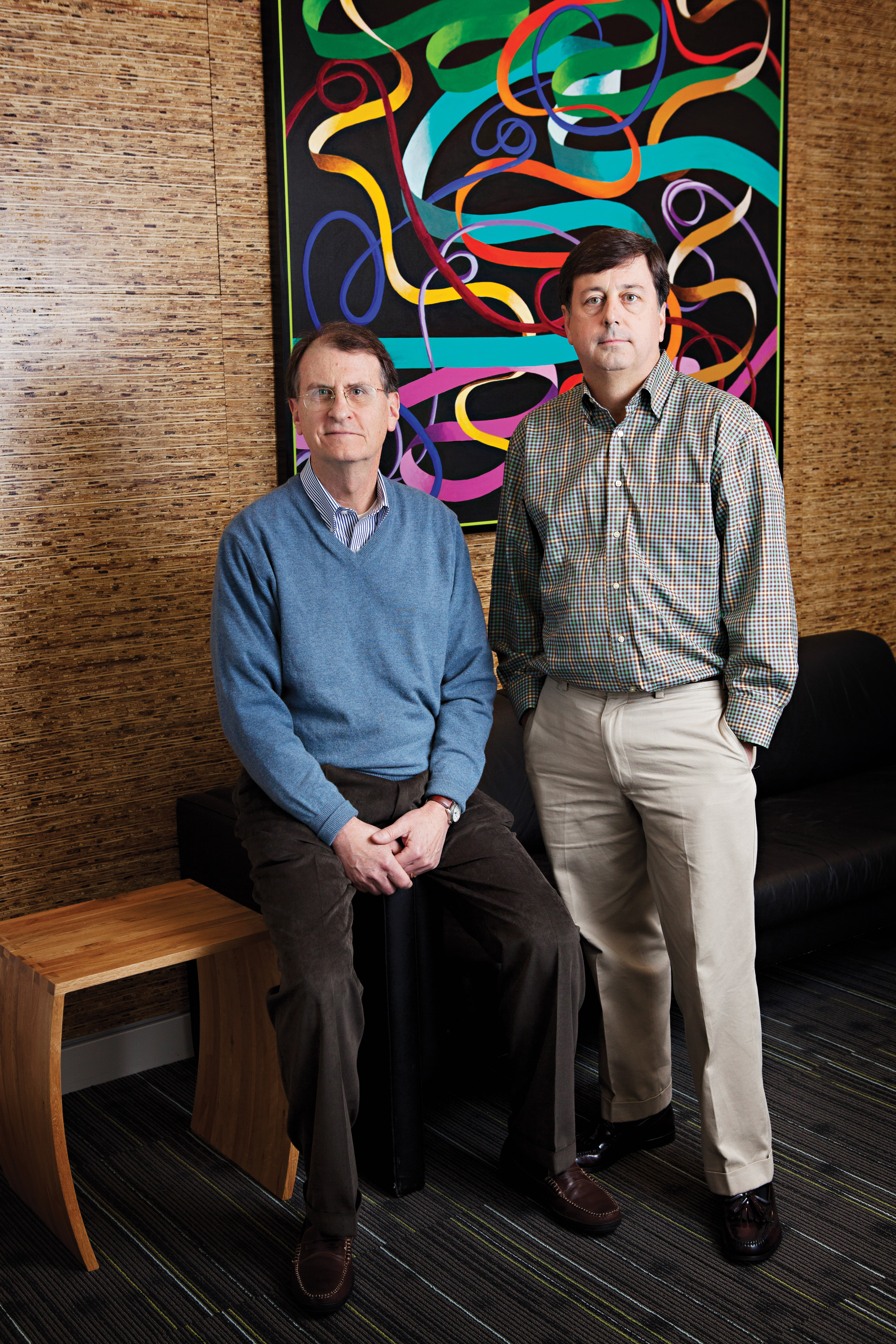 Dickinson joined Ritter as president while Hatzenbuehler was serving as CEO. Hatzenbuehler “was very intentional about the onboarding process,” Dickinson says. “It was 15 months before I became CEO and Dan became the chairman of the board.

“Having him there, rather than just a flash cut, was extremely beneficial.”

When James started at IDEAL, Juday came into the office every day for support, but kept his distance unless James needed him.

“There was one thing I wanted to know before I made my final decision [to join the company],” James says. “Would [Juday] allow the CEO the autonomy to make decisions, or will he be in all the decision making?”

Juday told James he was avoiding decision making because “I don’t want to mess it up for the next guy.”

Andrews recalls that ASI’s second-generation chairman, Norman Cohn, invited him to a family dinner just after he was hired. “At the end of the conversation,” Andrews recounts, “Norman said, ‘I have incredibly bright kids, as you can see. And I’ll be sending you a lot of ideas, but from this moment forward, you will be the person in charge and making the decisions. We will never talk about it publicly or privately and say we would have made another decision.’ ”

In 2008, ASI’s trade show company, which had been outside of Andrews’ purview, was brought under the umbrella of the legacy business. The head of the division, Norman’s son Matthew Cohn, ceded management to Andrews and was elevated from a director to vice chairman of the company.

“I remember it being hard because these were people I worked closely for 10 or 12 years,” Cohn says. “It was an orderly transition, announced to the team; we made a transition plan.”

However, Cohn notes, employees still came to him with questions.

“Habits are incredibly hard to change,” Cohn says. “People looked at me and said, ‘He knows the business very, very well, so I want to ask his advice on something.’ I told them, ‘I can’t give you my opinion on this; have you talked to Tim?’ I ended up asking more questions rather than giving them answers.”

Cohn says it took about six months for the staff to get used to the new structure.

Establishing boundaries
“In a family-owned company it is very natural for leadership to want to please the family, full stop,” Herschend says. “But it is important for the owners to respect their boundaries.” 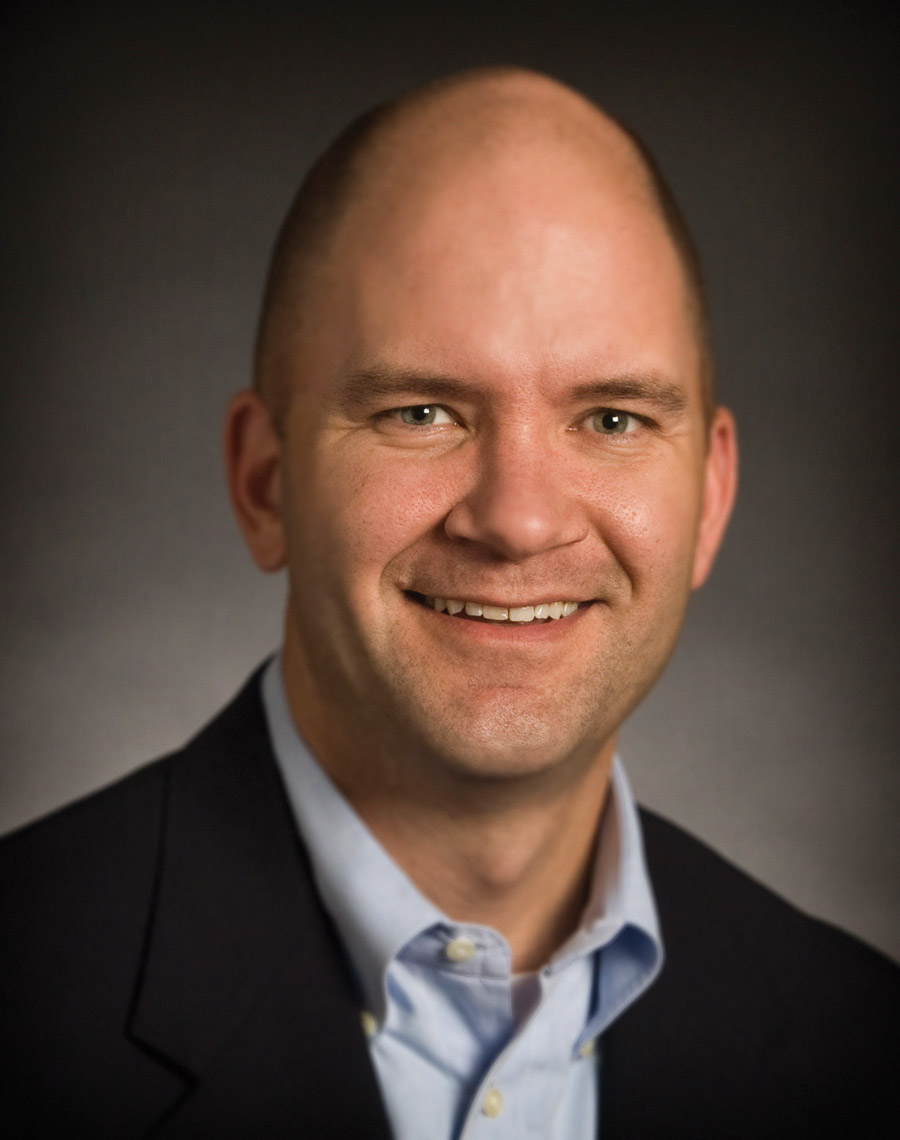 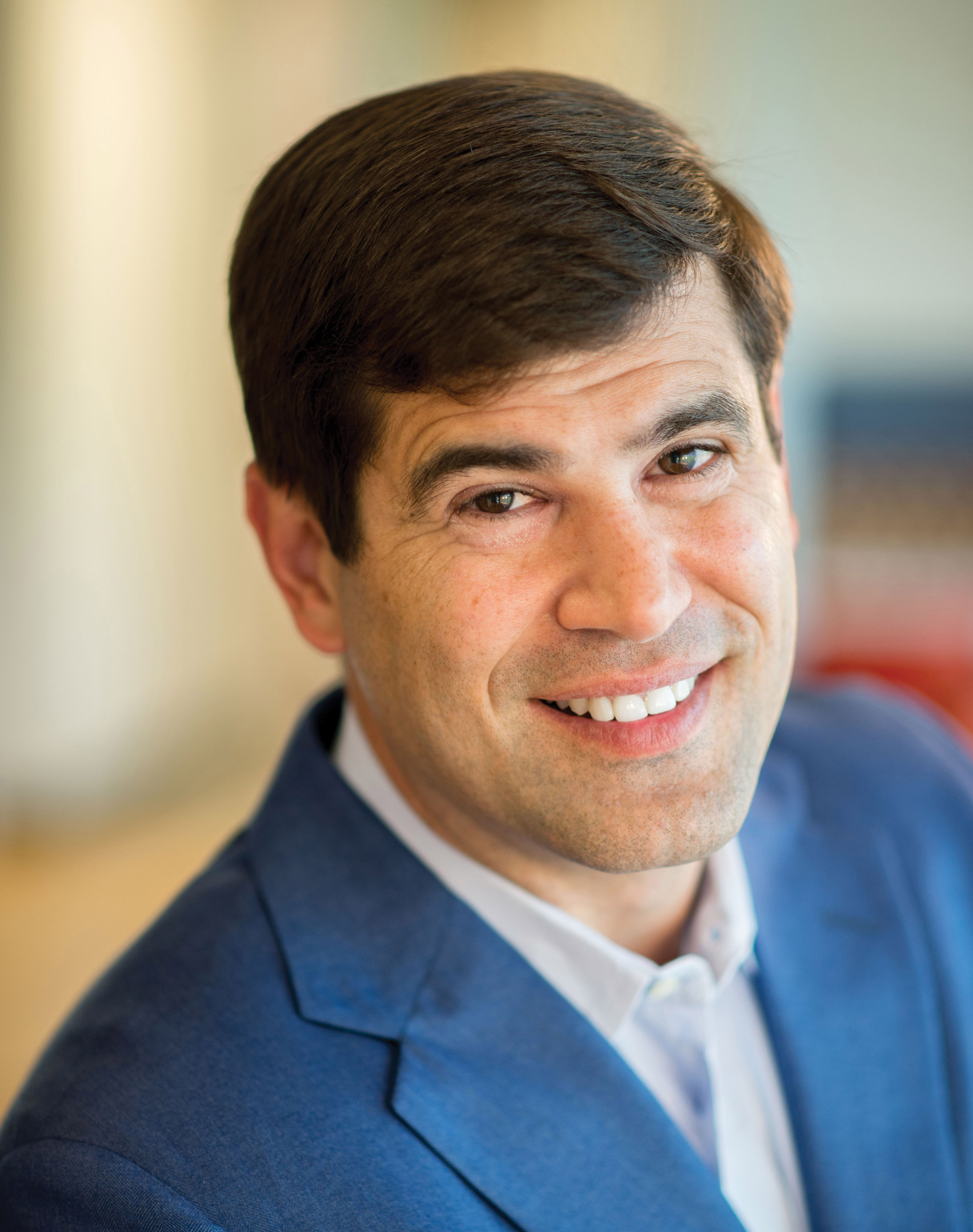 For example, he says, there can be a subplots and history wrapped in a family owner’s request for information from a non-family CEO.

Wexler said it took time to apply this philosophy at the company.

When he started as CFO, “Roles were not well-defined,” he says. “Over time I had to be empowered to say, ‘You need to talk to the family office.’ We’ve worked very hard, and the family have learned their roles as owners.”

What comes next
When Wexler moved into the top job at Herschend, the company began to address succession planning every year, starting at the manager level all the way to CEO.

The company has created a  “QTE chart” for every position, Wexler says. The person designated as “Q” would be most qualified for the position if the incumbent left the company. “T” is someone who has potential to take the position but would need training. “E” is a person who could handle the job temporarily if an emergency arose.

“We’re working to develop those people,” Wexler says. “There’s no guarantee one of them would replace me; it’s up to the board to find the best candidate. If there was a family candidate that was capable, we would have no problem putting them on the chart.”

Juday says IDEAL will continue to have non-family management with strong family involvement on the board. His daughter Meghan is currently the non-executive vice chairman and is likely to become chairman.

“Is going to the outside good or bad? That’s the wrong question,” Juday says. “If you don’t have the right person inside, you have to go outside.”