Values: A distinct feature of the family enterprise 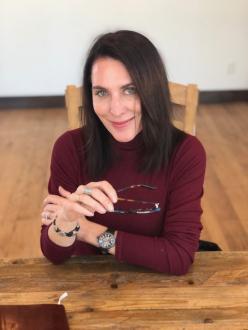 I’ve spent most of my career writing about and hanging out with startups and entrepreneurs around the globe — an adventurous set of personalities to be sure. Most founders lead their efforts with passion and creativity — and possibilities anchored in the unknown. Passion sometimes exceeds reason in these cases. All of this energy is focused on one thing: raising capital. As part of that effort, a tremendous amount of time is spent explaining things and sharing ideas and educating people (mostly investors, friends, family, fools) why their particular idea is the next unicorn, the next trend, the next big thing.

I know I’m not alone in this, but being around startups is intoxicating because... well, I have no idea why. Maybe it’s the newness. The potential for success. The potential for catastrophic failure. The risk. The reward. There is a little bit of magic when it comes to startups, and everyone wants to capture the unicorn. But the journey is perilous. Only a tiny fraction of startups survive more than a year, but out of the gate it’s one giant, adrenaline-pinching rush.

Very few startups have much to say about values, though. It’s not a thing for them — even on crowdfunding platforms. For those founders who do produce a values statement as part of a fundraising effort, there’s a certain dishonesty about those because they generally end up in the dust bin of history once rounds of financing are secured. A true expression of core values seems to come later in the process. I have no idea why this is. It must have something to do with stages of businesses. Once a company reaches a certain level of maturity, that’s when core values emerge. I’d love to hear your thoughts on this because I really don’t know. It’s just an observation.

Multi-generational family businesses, however, are values-driven. It is DNA so deep that it is passed from generation to generation. Values are revisited year after year. (As a reminder, values statements are different than values. Values are what you live. Think Hobby Lobby, Burton, Gallo, Nike, White Castle and almost every family business. Living your values is a constant refrain in family business.

The embracing, celebrating and understanding of values is unique to the family enterprise. Maybe it’s one of the reasons you’re all still in business and most startup aren’t. And that, my friends, is a mighty powerful feature.