Transitions: Bringing the Magazine to Life

The Transitions conference series, launched nine years ago, has brought business families together for networking, learning and sharing in a supportive, confidential environment.

Since Family Business launched the Transitions conference series in 2010, thousands of attendees have heard hundreds of family business members share their stories in honest and candid ways. 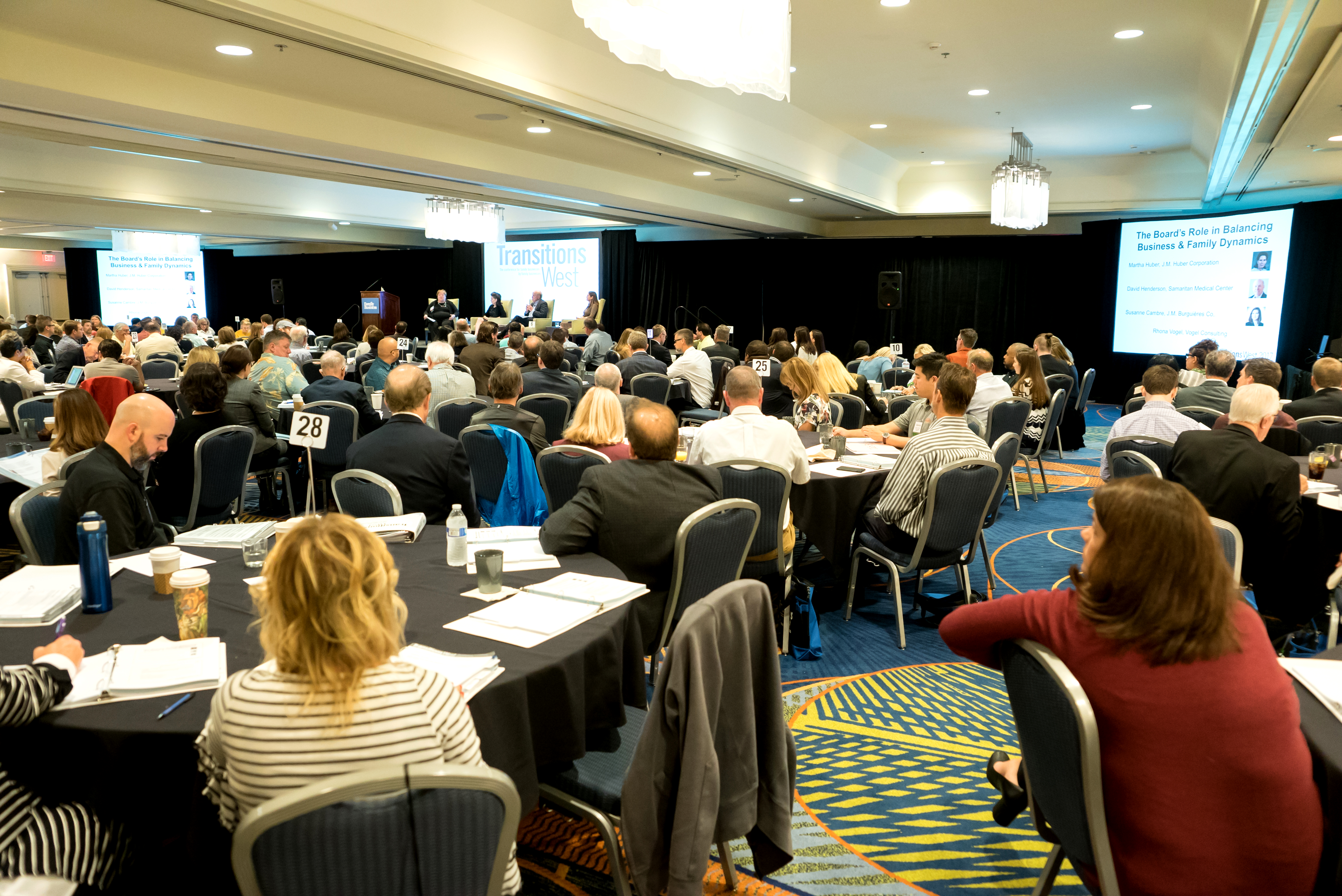 The idea behind Transitions, says Family Business publishing director David Shaw, was to “bring the magazine to life.

“We wanted to focus on having families as speakers to share successes and failures. The conference strives to give families solid takeaways to take back with them and implement themselves.”

The first conference, held in Celebration, Fla., in 2010, hosted just 93 participants. The concept caught on quickly, and a West Coast event was added the following year.

Charlotte Lamp, an owner of Port Blakely, a forestry and land development business based in Seattle, was a speaker at the first Transitions West conference. There, she got the idea to start a family education program from another family business that had operated in the same industry, Laird Norton Company.

“Their education program is called ‘Norton University’; we call ours ‘Eddy Academy.’ I stole that from them,” says Lamp, a third-generation member of the Eddy family, which bought Port Blakely in 1903. “Theirs is a little different, with the idea of educating the children in particular.” Eddy Academy includes programs for the family’s teenagers, college students and adults.

“You get an idea and you go and adapt it to your own family,” says Lamp. “Those ideas floating around are some of the best part of the Transitions conferences.”

Over the years, Port Blakely has covered the expenses of family members attending Transitions. After one conference, family council members proposed revisiting the family’s values. Lamp had previously suggested doing so, but what inspired the Eddy family to create an updated values statement was hearing other families talk about the power of family values and the process of committing them to writing, she says. That work is ongoing, with Lamp playing a significant role.

Members of the Eddy family have shared their stories by serving as Transitions panelists and being a part of the pool of family business members willing to offer advice to attendees as well as to the conference planning team. 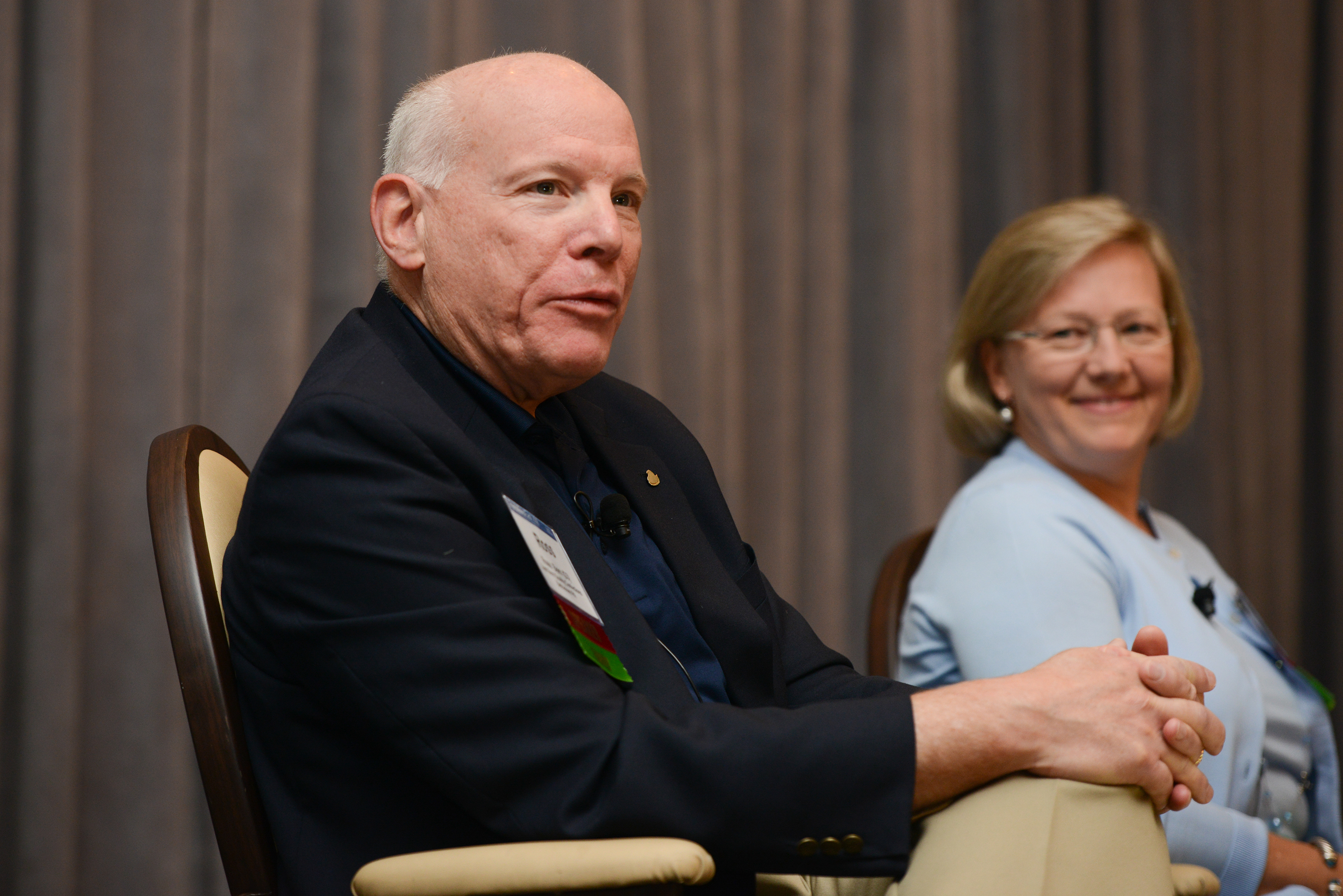 One early Transitions participant was a fan of the concept and reached out to the Transitions team with suggestions on how to make the event even more interactive than it was at the outset. Ross Born, CEO of Just Born Quality Confections — and a speaker at the debut Transitions conference — suggested assigned seating for general sessions, with attendees changing tables throughout the event. The rotation enables people to meet as many other business families as possible. Without table seating assignments, many families would sit together throughout the event and miss the opportunity to learn from others.

One of the familiar faces attendees are likely to sit with is Howdy Holmes, the third-generation CEO of Chelsea Milling Co., the Chelsea, Mich.-based maker of “JIFFY” corn muffin mix. Holmes, who also spoke at Transitions’ debut, has missed only one Transitions conference held in the United States since then.

Before taking the helm of his family business in the 1980s, Holmes read books and papers about family companies and the dynamics and pitfalls of family business ownership. There had been conflict in his family, and the studying had helped.

“I was experienced — I was a veteran by the time Transitions came into its own,” Holmes says. “My intent was to validate a lot of the things I experenced. That was the case — has been ever since.”

He says that through networking at the conferences, he hopes to validate other family business members’ experiences, because “you know damn well the other person understands what you’re saying. That is very cleansing and reassuring.” 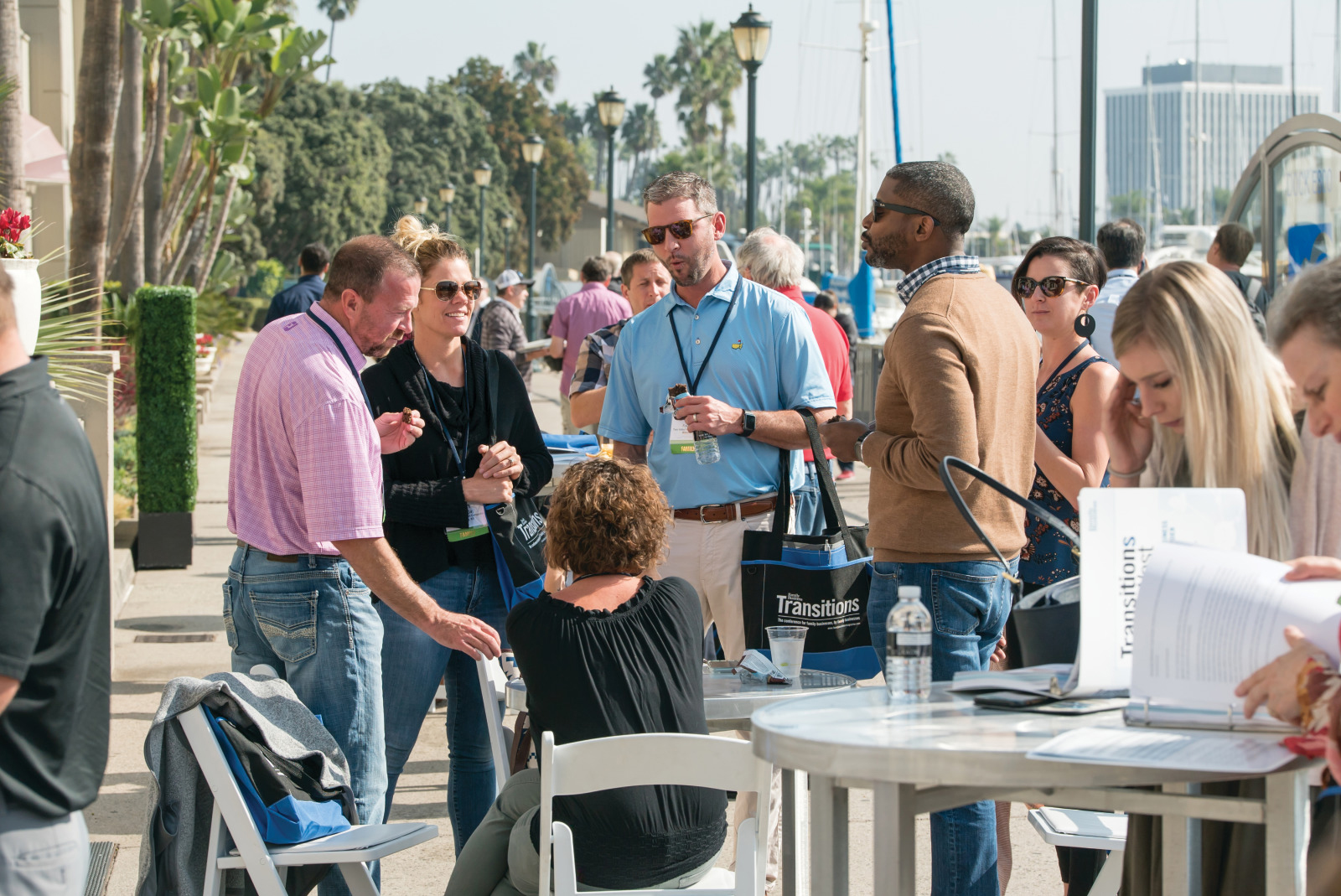 “We want to keep the conference intimate, someplace where people are comfortable sharing their stories and are able to network with each other and build relationships,” he says.

Kyle York, a third-generation family owner of York Athletics, a lifestyle shoe maker based in Boston, formed a powerful relationship in 2014 when he met Jay Bush, a family owner of Bush Brothers & Co., the Nashville-based maker of Bush’s Best Beans.

Bush was in the audience when York spoke about his generation’s commitment to steward the business in a way that would provide a comfortable life for his retiring parents. York says the plan resonated with Bush, who sought him out after the session.

“[Bush] said he was inspired by my story about letting my parents transition out,” Kyle recalls. “You usually only hear about the other side transitioning in, he said; he hadn’t thought about helping the previous generation.

“We kept in touch, and he’s now a member of our board of directors and he invested in the company. He’s now like family to us.”

The conference is at its best when people are able to make connections the way York and Bush have, and when conversations are plain-spoken and straightforward, Lamp says.

“It’s just like the tone of the magazine is more qualitative than quantitative,” she says. “It’s not research-y jargon, it’s readable for a normal person.”

Shaw says making this vital information accessible is one of the goals of the conference. Another is to stay relevant as new generations take over their family businesses.

“The goal is to continue to keep things fresh,” he says. “One of the things I would love best — what I’m looking forward to — is to see the NextGen come back as business leaders, bringing the future generation. If that happens, we will have succeeded on all fronts.”