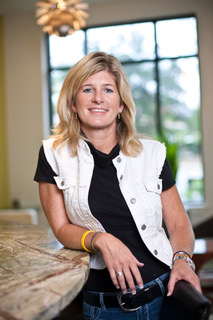 Mull Drilling Company, an independent oil and gas company based in Wichita, Kan., has been hit by “a double whammy,” says third-generation CEO Jennifer Mull Neuhaus.

COVID-19 has lowered demand for oil, which has affected oil prices. On top of that, the Russia-Saudi Arabia oil price war that began March 8 had already pushed down prices before the pandemic spread widely throughout the United States.

Mull Drilling, founded in 1954, employs about 35 people, plus some contractors. It operates primarily in the Mid-Continent and Rocky Mountain regions, with most of its exploration and production projects in Kansas and Eastern Colorado.

“We are considered an essential business, so our operations in the field have largely stayed the same in some respects, from a coronavirus standpoint,” Neuhaus says. “But because of oil price, we’ve had to shut in some wells and be really mindful of what’s economic and what isn’t at this price.”

Headquarters staff are working from home, Neuhaus says. Personnel working in the field generally don’t come into close contact with colleagues. “We have instructed them to do social distancing” as well as to limit contact with people in general. The policies the company has established are prudent “both from a standpoint of expense management as well as the coronavirus guidelines,” Neuhaus says.

Neuhaus and her father, company chairman Lewis Mull, have discussed tough topics such as, “What are the levers that can be pulled, and in what order we pull them? What can we do to impact the least amount of people?

“We take very seriously that people buy houses and send kids to college based on the fact that they think they’re going to have a job with us, and so we do not take any decisions we’re making lightly at all.”

Neuhaus has been reaching out to family members who have ownership interest in the company as well as to another family entity that has been a partner with her family firm for 60 years.

“I’ve been making sure that I send them fairly frequent communications about what’s going on and the decisions that we’re making — not only how that will impact them, but also how it’ll potentially impact employees, should it get to that point,” she says.

The Mull family and their longtime partner have similar values, Neuhaus says. “Because they have a family business of their own, they too understand the nuance of taking care of your employees to the extent that is possible.

“I do think it’s hard for family businesses, [which] tend to be more close to their employees [than large corporations are]. These are hard decisions they’re making, and having to face and consider. It’s crazy times we’re living in right now.”