Salt water taffy and caramel popcorn are timeless treats to enjoy on a classic U.S. beach vacation. For more than 100 years, Dolle’s on the Ocean City, Md., boardwalk has been providing these tasty souvenirs and more for tourists and locals.

Rudolph Dolle Sr. and his young son, Rudolph Jr., sought a seaside location for their hand-carved carousel in 1906. They fell in love with Ocean City, and the father bought a property on the boardwalk.

After a few years on the boardwalk, Rudolph Sr. bought a taffy stand next door to the carousel and started stretching the sugary treats. The family operated both attractions until the carousel succumbed to a fire that destroyed most of downtown Ocean City in 1925. 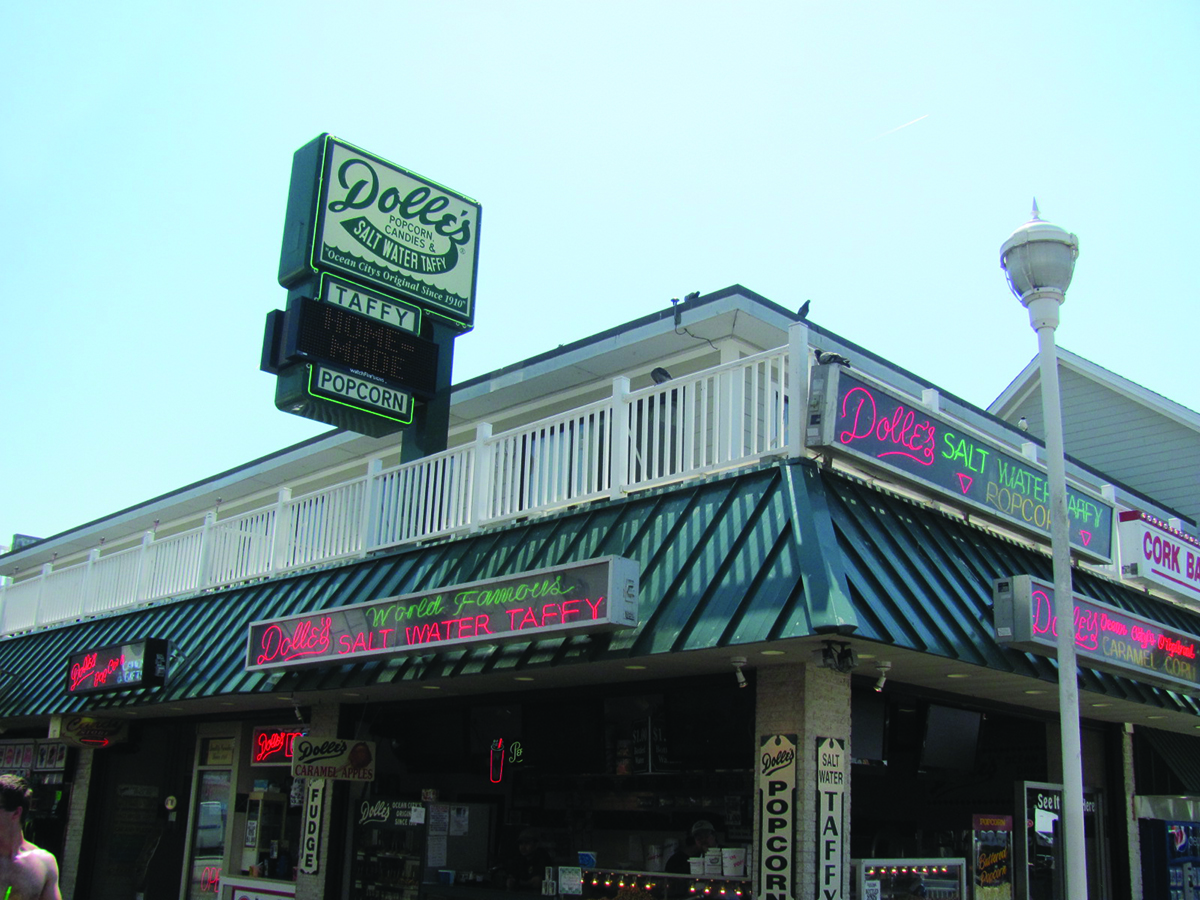 “What we make is the New Jersey-style taffy,” says Anna Dolle Bushnell. “It’s not the real soft nougat. It’s firmer because it’s pulled.”

Taffy was a perfect beach snack in the days before refrigeration because, unlike chocolate, it’s sturdy and doesn’t melt.

As refrigeration took off, Rudolph Jr. added chocolate to the menu. He ran the store until his passing in 1968. Then Anna’s aunt, Evelyn Gunby, ran the business until her brother, Rudolph “Bunky” Dolle (Anna’s father) joined her in the early ’70s after returning from the Navy. Bunky and his wife, Pam, took full ownership in 1978 when his sister passed away.

Anna, 39, and her brother, Andrew Dolle, 36, are the fourth-generation owner-operators of Dolle’s Candyland, the original store, plus three other locations in Ocean City. (Dolle’s in Rehoboth, Del., is a separate company that was bought by a partner in 1956.) Bunky, now 69, semi-retired in 2000. Pam retired when Anna and Andrew took the helm. When Anna was a child, she’d climb into a cardboard box under the taffy-pulling machine and play with Barbie dolls. Now her 13-year-old daughter, Hailey, accompanies her to the office occasionally. Her 10-year-
old son, Brody, started making candy last year.

“Last summer he started making chocolates,” she says. “He was too short to see over the counter.” That’s not the only way Brody has contributed. He’s also the auteur of a short stop-motion video featuring candy corn, which can be seen on Dolle’s Facebook page. The candy company has embraced the digital revolution.

“Dad would love to be here; his passion is still here,” Bushnell says. “But it’s such a different beast in so many different facets.” Anna says the goal of the Facebook videos is to keep the family business in the forefront of fans’ minds. “That’s what works now,” she says. She stars in online videos showcasing products, set in the kitchen of the upstairs office. 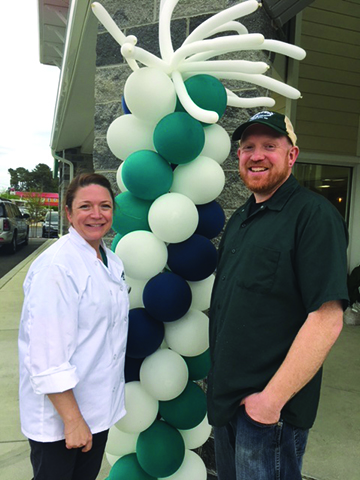 “Everything goes so fast now,” she says. “It’s a challenge to keep up with keeping your brand out there, keeping your story out there.” The company’s wholesale business, under the name A&A, has expanded a great deal.
Sometimes, customers complain about the time it takes to receive an order. “People see a website and the packaging and think it’s a corporation,” Anna says. “When we get the order, we have to make the candy. There’s a little bit of a disconnect. There’s an Amazon way of thinking.

"It’s challenged us and keeps us on our toes.”

Taffy making hasn’t changed much in the last 100 years, which is why the process takes time. Employees use antique machinery and must consider both the temperature and humidity every day before starting a batch.

“You can’t go on the internet and teach yourself how to make taffy,” Anna says. “You have to have a certain know-how.”

When Anna was growing up, her family was too busy working to spend much time at the beach in Maryland, but they did take some time in the off-season to relax in the sun.

“We went to Florida,” Bushnell says. “That’s where my dad went in the wintertime when he was growing up — Delray Beach. As we got older, we went on cruises and stuff like that.” FB