Specialty Restaurants reopens some of its locations 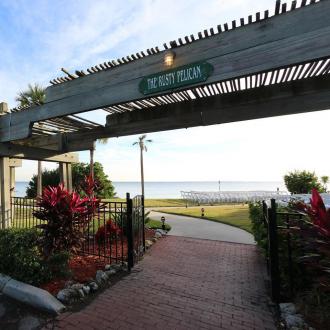 Guests can once again reserve a table at Florida and Ohio eateries operated by Specialty Restaurants Corporation, a family-controlled company that owns 19 dining spots. In addition to Florida and Ohio, the company operates restaurants in California and Buffalo, N.Y.

John Tallichet, second-generation president and CEO of the Costa Mesa, Calif.-based company, says there was “a lot of pent-up demand” at the first restaurant to reopen, the Rusty Pelican in Tampa.

“We've been communicating with our guests and sharing with them the different protocols that we have in place for their protection,” Tallichet says.

He says returning guests’ appreciation for the safety procedures showed on their faces. “It gave them a chance to come in and dine and feel like they could relax and not have to be stressed.”

Guests’ dining habits have changed, Tallichet reports. “You don't get the people lingering like they used to. They're excited to come in and have a meal and then get home.” That accelerated turnover rate has helped restaurant sales.

The Rusty Pelican reopened with outdoor-only seating because Florida guidelines at first restricted indoor restaurant dining to 25% capacity. On May 18, the state changed indoor dining guidelines to 50% capacity with 6-foot distancing. Some of Tallichet’s Florida locations are now seating diners indoors; others continue to offer outside service only.

“In Florida, we have sites that work well in this environment, because we have a lot of outdoor space,” he says.

Although California has been slower to lift its restrictions, the company is preparing for the eventual reopening of its restaurants in that state. Tallichet says of his California staff, “When they hear the stories and see the numbers that we're doing [in Florida], they are really pleased and feel like there's light at the end of the tunnel — that when they reopen, business will come back.”

The company is working on instituting an electronic ordering system to minimize close contact between guests and servers.

In early to mid-March, before most states began mandating restaurant closures, customers started to stay home, Tallichet says. “You could see with reservations, the numbers were starting to go down. People were starting to be concerned.”

His locations that had offered a Sunday brunch buffet shifted to å la carte brunch service before the closures. That helped staff and guests adjust to the change, which is still in effect.

Although restaurants were permitted to offer take-out service, Specialty Restaurants tried that option in only about five of its locations. “Our restaurants are very experiential, and it's tough to re-create that in a to-go setting,” Tallichet says.

The restaurants provided some meals for first responders and hospitals during the shutdown. “Being able to do that brought a lot of pride to the teams,” Tallichet says.

Input from the family
The company has about 12 family shareholders plus about 20 others with small percentages that date to the time when its shares were traded on the American Stock Exchange.

The company’s board of directors consists of its retired CFO, three family members and Tallichet. Another group, called board advisory members, includes other family members as well as two business leaders from outside the family.

Tallichet has kept them updated with conference calls that at first were held weekly and then shifted to biweekly.

“They definitely have a lot of input,” he says. Family members are dispersed throughout the country and weigh in on what’s happening at restaurants in their communities.

The company’s mission and values are based on the five-star rating scale commonly used in the restaurant industry, Tallichet says. The expectation is that employees, guests, the community and partners such as landlords and vendors will have a five-star experience in their interactions with the business.

“So it was important to the family that we were doing what we could for our employees, even though we furloughed them. We created a fund to assist them until they could get on unemployment. If employees needed produce or toilet paper or anything like that, they could come to the restaurant weekly, and we would give them what we had available.”

The family has real estate holdings in addition to its restaurants. Funds that had been set aside for real estate investments were reallocated to restaurant modifications and staff training to facilitate the reopenings. A Payroll Protection Program loan helped, too.

“I think [family members] recognize that this is not a short-term time period — it could be 18 months that we're dealing with this, and there could be another wave [of virus infections] and another setback,” Tallichet says.

Future shareholder distributions have been put on hold.

“All our people, including myself, took a pay cut,” Tallichet says. “So everybody's had to sacrifice.”