Founded in 1952 by Bob Sheetz as a single dairy store, Sheetz, based in 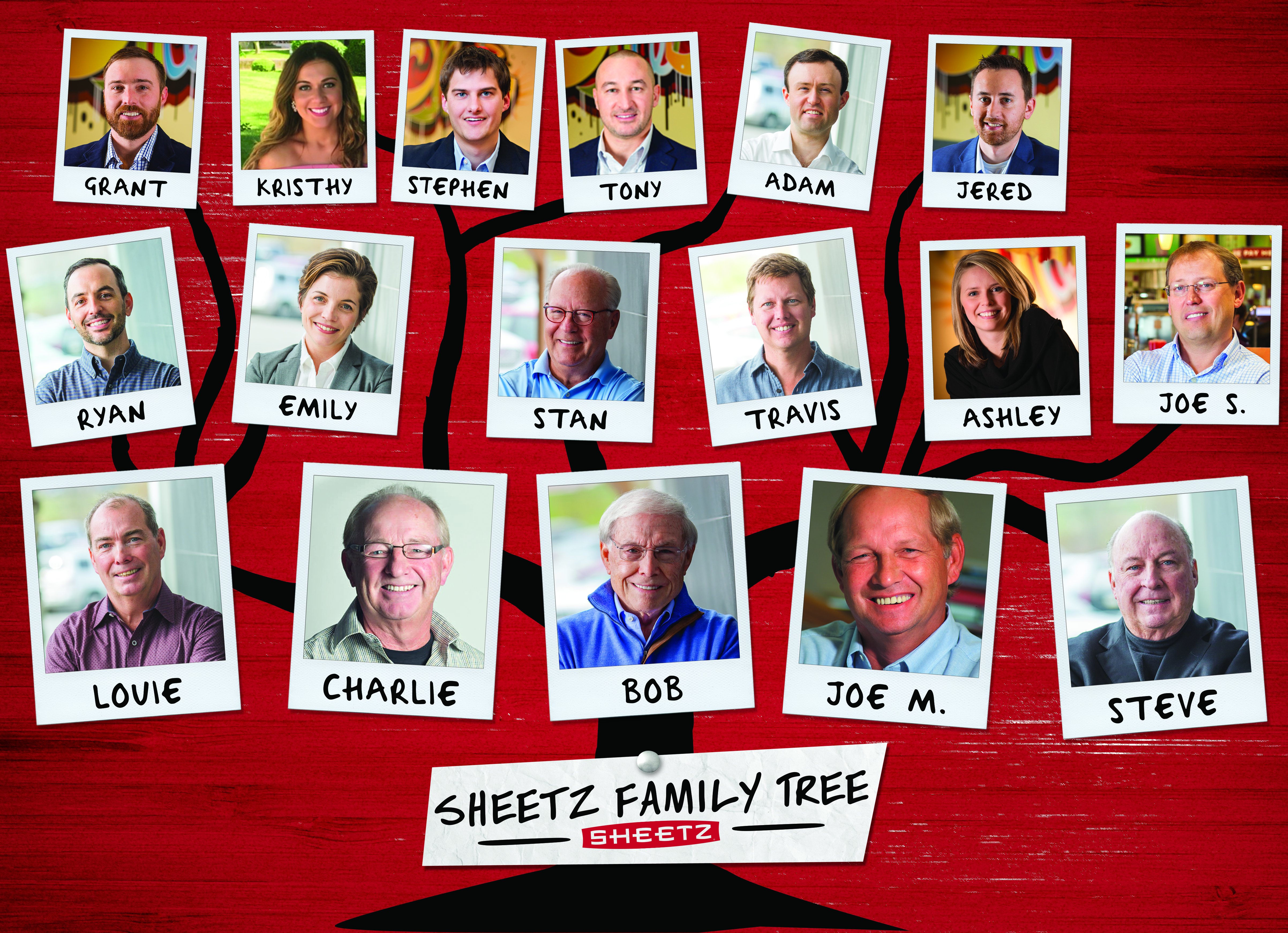 Altoona, Pa., now operates more than 590 stores across six states and generates annual sales of over $7 billion. The company has more than 19,500 employees.

There were eight siblings in Bob’s generation, with 27 years separating the eldest and youngest. Today there are 107 family members, 12 of whom work for the family business or serve on the board.

Bob retired at age 48 in 1983, after the company had opened its 100th store. He turned the reins over to his brother Steve, who had joined him as a partner in 1961. Steve served as CEO until 1995, when he moved up to chairman to make room for Bob’s son Stan.

The family worked with a consultant to make significant governance changes in 2013. That year, Stan’s cousin Joe became CEO, Stan took over as chairman of the company and Steve became chair of a newly formed family council.  In 2018, Joe’s brother, Travis, became the first COO in Sheetz history and also was named as the company’s new president.

The family council’s many roles include assisting with communications between the business and the family, developing and maintaining family unity and commitment, educating individuals about the role of family members and shareholders, formulating family policies, preventing or resolving conflicts within the family and building support across the family for the company’s direction and success.

Through the family council, family members have come together to participate in philanthropic activities that benefit Make-A-Wish, Special Olympics and other organizations.

Also in 2013, Sheetz revamped its board to include independent directors. The shareholder agreement was updated, and the bylaws were revised. The company recapitalized, and a voting trust was created to control most of the shares. In addition to the family shareholders, some former non-family executives own stock, and 7.5% of the shares are owned by employees through an ESOP.

The Sheetz family has created a family charter and a family employment policy. The family holds retreats and has developed a sophisticated family education program for family members from ages 5 to 25+, including those who have married into the family. Age-appropriate opportunities for learning and participation are offered in a variety of subject areas: entrepreneurship, investment and financial competence; interpersonal/family communication skills; the family; governance; the business; and community involvement.