Lodge Manufacturing, known for its cookware, has been producing cast iron for more than 120 years.

It’s fair to say Lodge Manufacturing has kept the small town of South Pittsburg, Tenn., going since 1896, the year Joseph Lodge opened his first foundry. The company, known for its cast iron products, is one of America’s oldest continually operating makers of cookware.

The Lodge family has established a humble and deeply dedicated presence in Marion County, Tenn., participating in civic life and keeping generations of local families employed. In a town with about 3,100 residents, the company has 400 workers. In the last two years alone, Lodge has invested in a $90 million expansion that has added hundreds of jobs within 2 miles of its headquarters. 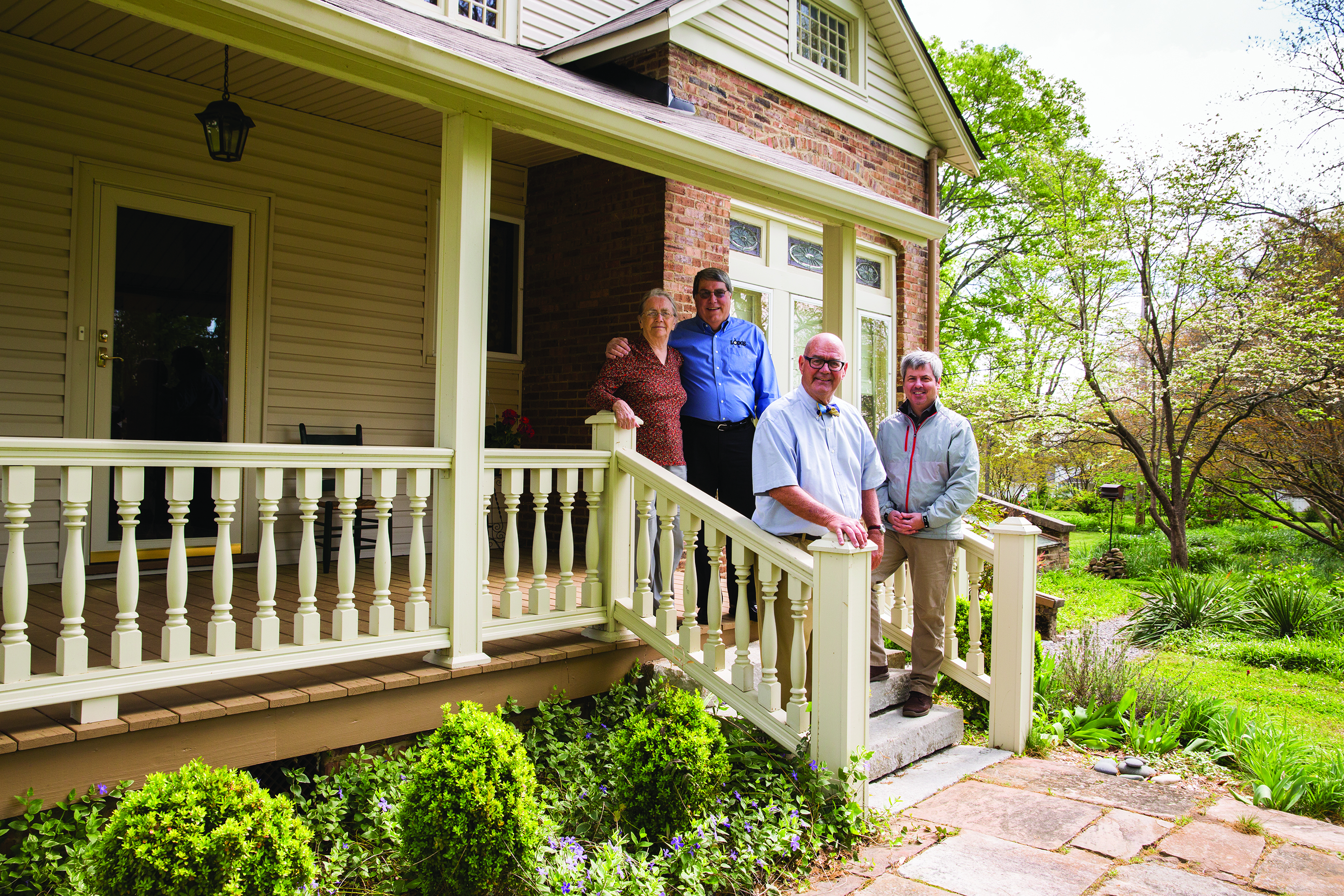 The oldest fourth-generation member is 78-year-old Carolyn Millhiser (née Kellermann — Millhiser’s grandfather, Charles Kellermann, married Edith Lodge), who calls herself “the historian by default.” Millhiser says her family didn’t talk about their company or wealth around town or in school. She says her mother, Lynda King Kellermann, instilled in her children the value of serving the community quietly.

“We were just folks!” Millhiser says. “I remember going to the poorhouse to see about someone, taking food to someone who was sick. We’ve been involved all our lives.”

Born in Pennsylvania, Joseph Lodge left home at 15 and traveled the country mostly on foot. After visiting nine states (including Tennessee), taking a ship to Cuba and building and operating railroads in Peru, he sought a place to settle down.

He returned to Pennsylvania, married his former schoolteacher, Edith, and returned to Tennessee, looking for industrial work.

Today, Millhiser lives in the house Joseph Lodge built in 1877. He opened his first foundry, named Blacklock Foundry after a friend, in 1896.

The company has enjoyed explosive growth in the last 10 years, with hundreds of thousands of square feet of expansion. Lodge cookware is now sold internationally. The trials and successes of the first 100 years set the stage for today’s prosperity.

The first challenge occurred in 1910, when Blacklock was destroyed in a fire. When Joseph rebuilt, he renamed
the business Lodge Manufacturing.

The molds for the cast iron cookware were made of sand, dug in the ground. Workers poured iron into the molds by hand and were paid by the piece.

“It was not anything like today’s foundry,” Millhiser says. In the 1940s, Richard Leslie Lodge (the second-generation
president of the company) and his team shopped scrap yards looking for iron, which was scarce during World War II.

To survive the lean wartime years, the company expanded its product offerings to include lawn decorations and other small items. The business emerged from that period with renewed strength.

The first modernization of the foundry came in the 1960s. Millhiser says her father, third-generation member Charles Richard (“Dick”) Kellermann, wrote letters to his siblings around the country to keep them up to date. Dick Kellermann served as president from 1949 to 1973. His younger brother, William Leslie Kellermann, was president from 1973 to 1984. In his letters to the family, Dick Kellermann described some equipment he imported from overseas. “He told them about the Danish disamatic [molding] machine — that it did the work of five to eight men,” Millhiser says. Though success has been building over 122 years for Lodge, the last two decades have seen the most significant developments to date.

“All the pieces started falling together in the early 2000s and took off in 2008,” says fourth-generation CEO Henry Lodge, 67. “It’s been absolutely remarkable growth — a case of preparation meets opportunity.” 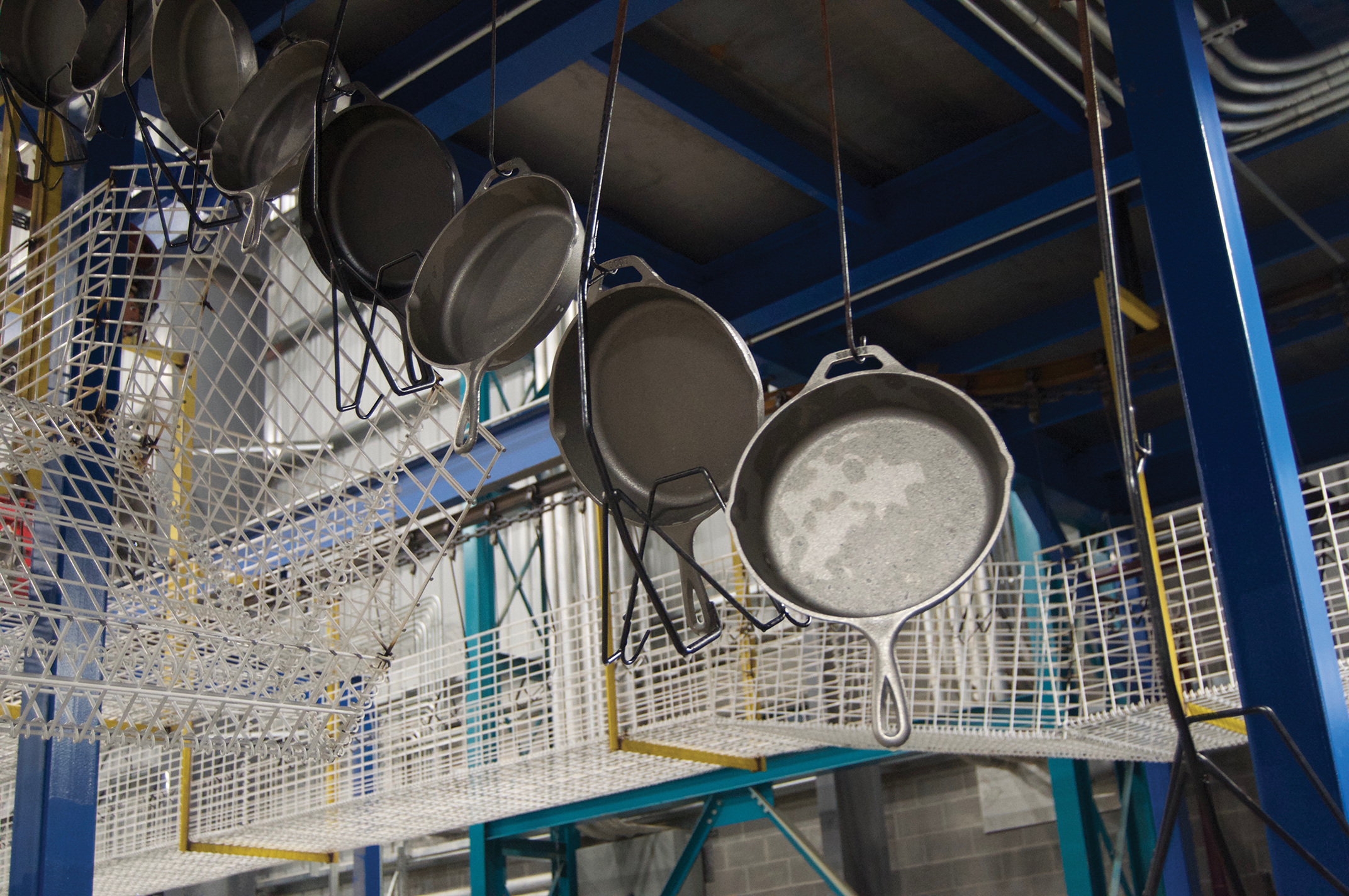 While the all-cast-iron pans are made in the United States, the company buys enamel cast iron (cast iron covered in porcelain enamel) from China. Accessories and steel come from China, as well. More than 85% of the company’s production takes place in the States, says Lee Riddle, 51, the fifth-generation vice president of sales.

Riddle, who worked at PepsiCo before joining the family business, says demand for Lodge products has tripled over the last decade. The company does not release its revenues.

The rate of growth has put pressure on the company at every level, but “we’ve held on to the bull and haven’t fallen off,” Riddle says.

Lodge plans to step down as CEO at the end of 2019. His cousin Bob Kellermann, also 67, retired from his position as chairman emeritus at the end of 2017. Kellermann was president from 1984 to 1988 and then held the newly created title of CEO from 1988 to 2001. Kellermann and Lodge had worked side by side “for more years than either of us would like to admit,” Lodge says.

Lodge is currently semi-retired, serving as a mentor and an adviser to the incoming CEO while he cuts back on his hours at the office. Like the family business leader, many of those ready for retirement have been with the company for decades.

“A lot of people [at Lodge] are my age, four years above, three years below,” Lodge says. “It’s not easy for some people to work five days a week or more and [then] go cold turkey.”

A semi-retirement option is helping this generation of executives exit gracefully, Lodge says. “We put it in place for people who have been here a long time and grown the company. This seems like a way to make it easier for us.”

When Lodge retires completely, Mike Otterman will become the company’s first non-family CEO. Otterman, currently president and COO, has been with the company since 2016, when he came on as SVP of sales and marketing. He was promoted to president and COO in the summer of 2017. Lodge says the hire was approved by the board of directors. Top managers also had a role in selecting their boss. Hiring an outside executive became a clear path after Lodge talked to Riddle, the eldest G5 family employee. Lodge says Riddle told him he needed time at home with his young family, so he couldn’t commit to all the CEO job entails.

Riddle says he has no sense of entitlement to take over the business. “There’s no ego to get in the way,” he says. “I came to a decision in my mind: If [becoming CEO] happens to me down the road, that’s fine, but it’s not a must-have.”

Two other G5 employees are younger and not yet experienced enough for the top job.

Lodge notes that the company needs a different style of leadership than it did when he rose through the ranks. “If I was walking in here right now, I wouldn’t be qualified for my job,” he says.

Lodge, who grew up in other parts of Tennessee, Arkansas and Alabama, says he wasn’t even aware of the business during his childhood. He came to South Pittsburg primarily to visit his grandparents and cousins. 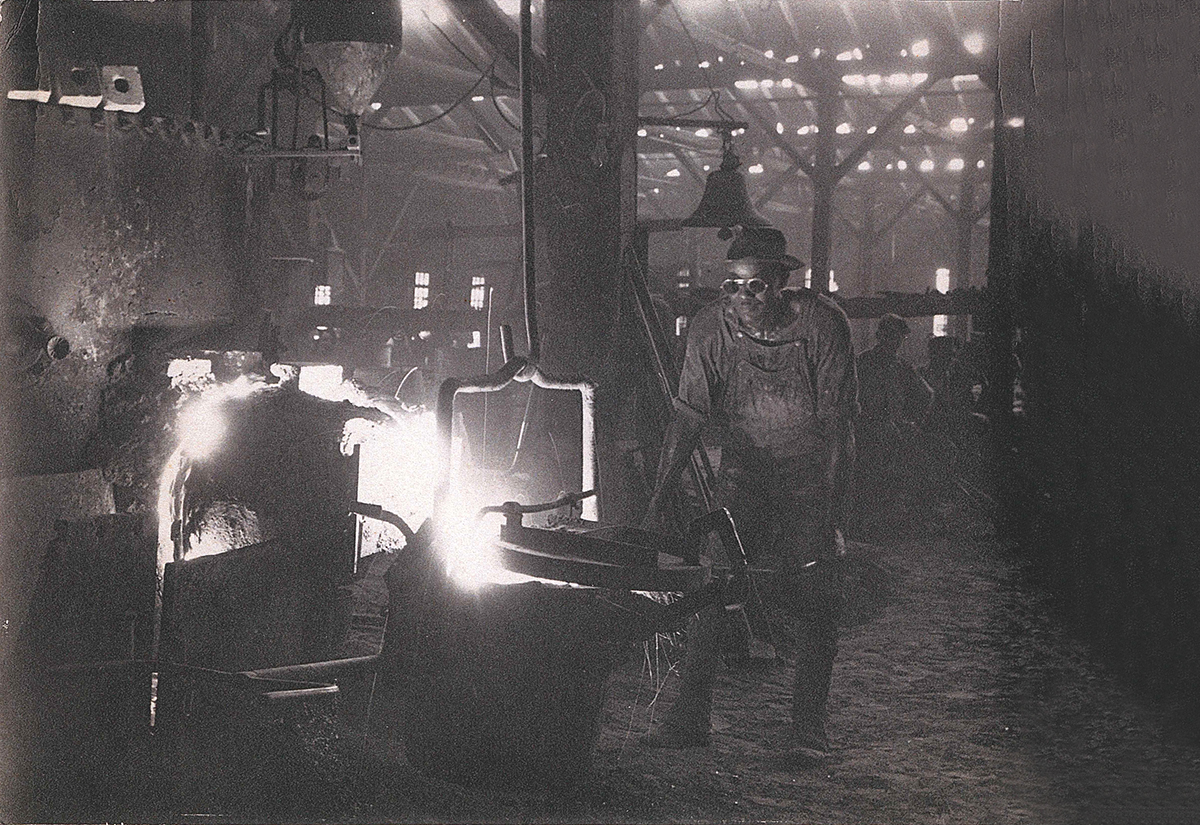 “I worked here the last summer of college, and I promised myself I would never work here as a career,” Lodge says. But he didn’t have a plan past graduation. As it happened, a position opened up after Dick Kellermann fired the shipping clerk. As Lodge remembers it, Kellermann called him to say, “You know how to do that; get your ass down here.”

Last fall, Lodge celebrated his 45th anniversary at the company. “Doesn’t God have a sense of humor?” he asks.

Riddle attended high school at McCallie School, a boarding school in Chattanooga. During those years, he visited South Pittsburg often, but never considered working in the family business. Riddle stayed in Tennessee for college. Like his cousin Henry Lodge, he earned his degree from Sewanee: The University of the South. After graduation, he followed his now-wife to Maryland, where her family lived.

While working for PepsiCo in sales, Riddle received a call from Lodge, inviting him to join the company’s board of directors. During board meetings, Riddle fell in love with the company.

In 2007, Riddle had an epiphany. “I told our facilitator, ‘I’ve been thinking about it, and I think I have something to offer the company,’” he recalls. “The facilitator said to stand up after the break and tell the board.”

Up to that point, no one from his generation had shown interest in the business. The company was in a growth period but was still small enough that Riddle could try on many hats. He settled into special projects
and product development. Because of his sales background, he eventually moved into that department.

He says he’s committed to stewarding the company’s legacy, in whatever role he serves. “Our unwavering commitment to quality and innovation has been a key ingredient,” he says. “We are willing to make the reinvestment not just in facilities, but in infrastructure, in our employees and our community.

“I’m just lucky by birth that I got to come here,” Riddle says. “It’s a bigger responsibility being a part of the family and working here.”

Since incorporating in 1910, Lodge Manufacturing has had a board of directors that meets four times a year. At this point there are five family shareholder-directors and two non-family directors. Millhiser served on the board of directors for 13 years. She says she stepped down to make room for the next generation. Her son, Will Millhiser, took her seat. But she didn’t go into family retirement. Three years ago Millhiser was part of a group that created a family council in order to reach out to more family members.

“I can’t tell you how many are in the family now,” she says. “I just know I can’t put them all in my living room anymore.” The family is scattered all over the country. The council reaches out to the family via a website and emails. The council is elected by the whole family and focuses on educating family members about business. Lodge says there are a “fair number of sixth-generations coming along,” so education has become an important part of the Lodge legacy. 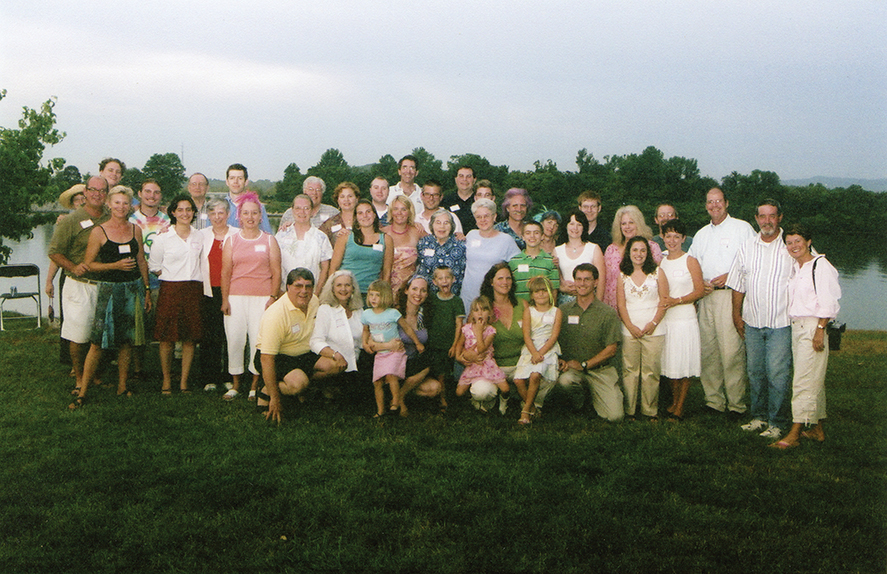 “The majority of the family council are shareholders, but it’s not catering to the shareholders,” Lodge says. The operating funds come from the company. The family elders are “very optimistic [the council] will have a very positive impact on the company,” he says.

Riddle says it’s important not only to educate shareholders about the legacy, but also to set the stage for continued growth of the business.

“The company would’ve died a long time ago if we couldn’t agree on putting money back into the company,” he says.

There are 47 family shareholders. “Some own a lot, some own a little,” says Millhiser. No one person owns more than 20% of the company.

That reunion, Lodge says, allowed many family members to meet each other for the first time. Millhiser says all shareholders have signed an agreement that keeps the stock in the family. Shareholders receive quarterly dividends. “There were a few lean years when no dividends were paid,” she says. “But we made it, and we’re riding a great crest now.”