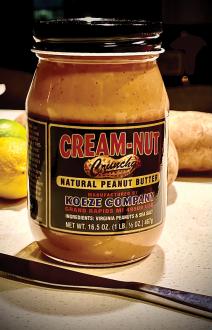 In the fur trapping game, a trapline is a route along which a trapper sets a series of traps (yes, that kind of trap) in an attempt to snag whatever animals might yield the most value.

Maybe it’s his Michigan roots, but Jeff Koeze, CEO of the family-owned, Grand Rapids-based specialty foods business that bears (no trapper pun intended) the Koeze name, sees the logic, especially since his business is so seasonal: Koeze typically sees 95% of its annual sales in the fourth quarter—and 50% of sales in the first three weeks of December.

“In the Upper Peninsula, you’ll find guys running a restaurant, a bait shop, and some other business just to make it through the lean times,” Koeze says. “I call that running a trapline. And that makes sense to me in food. I define myself as a product company, and I’m happy to sell anything that’s a good quality product.”

Jason Meyers is a freelance writer based in Chicago. He is a frequent contributor to Family Business magazine. He prefers crunchy over creamy peanut butter.