The pros and cons of debt

Though many family firms eschew debt, judicious use of borrowing can help a company capitalize on opportunities. A number of factors drive family businesses’ use — or avoidance — of debt.

For many family business owners, debt is a four-letter word that’s synonymous with risk, vulnerability and outside control.

Take Gregory Pettinaro, managing partner of Pettinaro Enterprises, a real estate development and investment group in Newport, Del., with more than $500 million in real estate assets. Pettinaro says he prefers not to risk cash flow by saddling the firm with leverage. This strategy helped the business survive the 2008-10 financial crisis, which resulted in the worst real estate downturn since the Great Depression.

“I’m conservative. We try to use as little debt as possible,” says Pettinaro, 54, a second-generation owner of Pettinaro Enterprises. “As big as the business is, I don’t feel the need to take huge risks. I’m just in a position in my life and career where I don’t want to put my business at risk.” 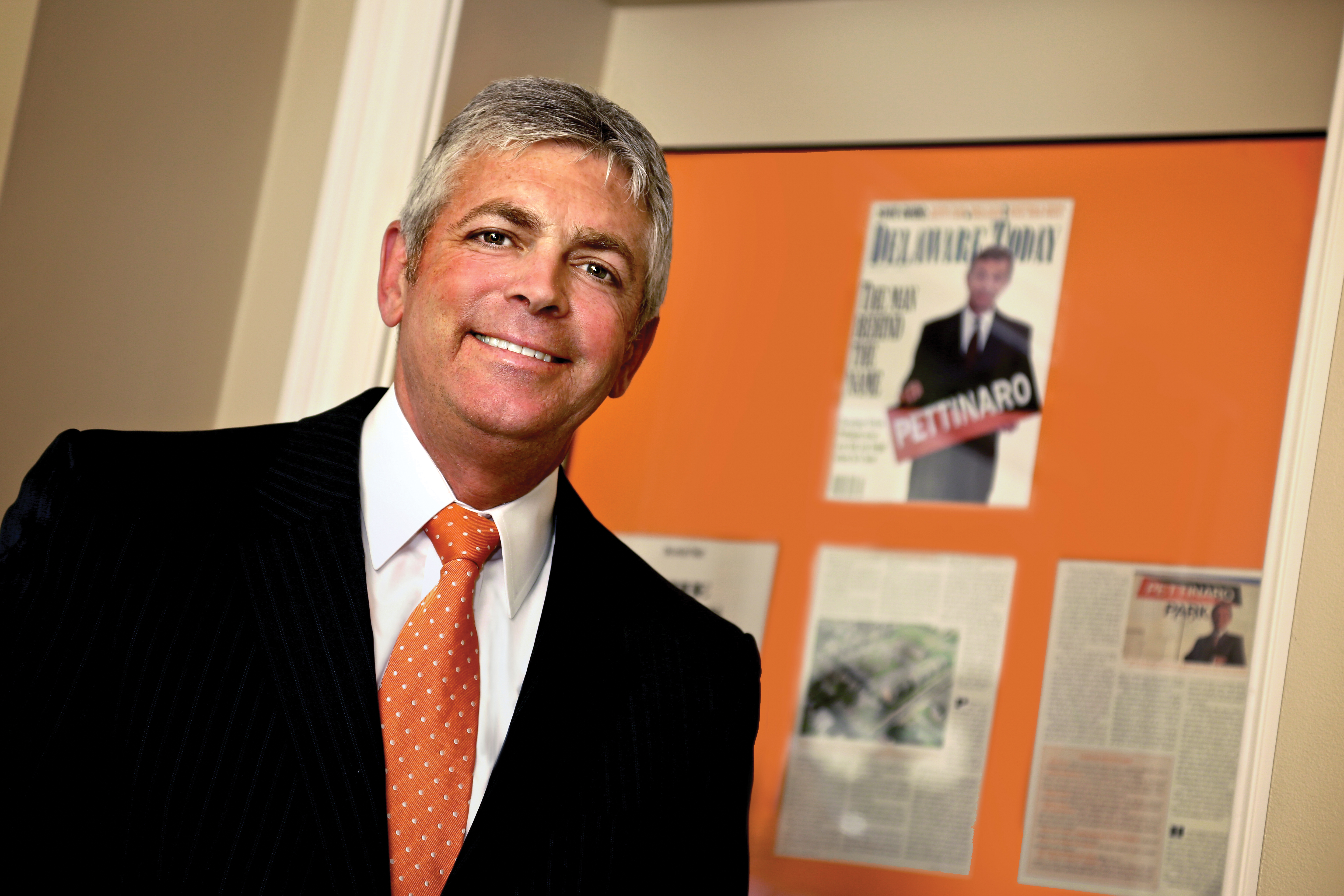 His entrepreneurial father, by contrast, was more aggressive with leverage as he built the business, Pettinaro says. His father, Verino Pettinaro, was more comfortable with risk if it allowed the business to grow by taking on new projects and expanding cash flow. “I think the original founders always take a lot of risk,” Gregory says of family businesses.

The Pettinaro story illustrates that when it comes to using debt financing, the tolerance level in the family business sector is a moving target. The willingness to borrow can vary wildly among family businesses because of economic conditions, the industry, the life cycle of the enterprise, growth opportunities, the ages of shareholders and family values, to name a few factors.

Debt can enable business owners to swing for the fences. The legendary Walt Disney and his brother Roy went heavily into bank debt in the early years of their company, according to Bob Thomas in Walt Disney: An American Original. In 1951, Walt wrote a friend that he was at the “limit of my personal borrowing ability.” For decades, dealing with bankers was a constant issue for the Disneys. When Walt developed Disneyland he struggled to raise money, according to Thomas.

“I even put my family in hock by borrowing on my life insurance and stock,” Disney told a reporter.

In other cases, debt can solve problems. Joe Shoen, CEO of the parent company of U-Haul International, says debt helped end difficulties created by an epic, bitter family fight that began in the late 1980s. When the business was forced to file for Chapter 11 bankruptcy protection, a banking syndicate led by Wells Fargo Foothill provided a $550 million credit facility that allowed creditors to be fully paid.

“Debt was a way out of it. The banks supported us,” Shoen explains.

Counterintuitively, debt also can be a means of riding out hard economic times and tight credit markets.

Ford Motor Company used $23.5 billion in loans as means of implementing a daring plan to transform the business and remain independent. As luck would have it, Ford borrowed the money in 2006, on the eve of the financial crisis and a severe downturn in the auto market. The company did not take any government bailout funds. But to qualify for the loans, Ford put up nearly all its assets as collateral, including its blue oval trademark, a move the descendants of Henry Ford did not take lightly.

“When we pledged the blue oval it was enormously emotional for me personally and for my family, because we weren’t just pledging an asset, we were pledging our heritage,” William Clay Ford Jr., fourth-generation executive chairman, said in a conference call when Ford got the logo back in 2012.

Still, high-profile cases of family firms that have seen businesses buckle under enormous debt become cautionary tales for most family enterprises. Some families manage to operate with little or virtually no leverage.

Consider Mars Inc., a family-owned food company that ranks as one of the world’s largest private companies. Mars is clear about why it refrains from debt — to ensure freedom.

“Many other companies began as Mars did, but as they grew larger and required new sources of funds, they sold stocks or incurred restrictive debt to fuel their business. To extend their growth, they exchanged a portion of their freedom. We believe growth and prosperity can be achieved another way,” Mars says on its website.

Dave Oreck, founder of vacuum manufacturer Oreck Corp., is philosophical about why he stayed out of debt. While his business plans would minimize the need for any long-term borrowing, advantageous circumstances might also have played a role, he says.

“To get along without it, that was my preference. We were able to fund as we went,” says Oreck, 95. “I never really borrowed [long-term] from anybody. Maybe it was the luck of the draw. I don’t know.”

In-N-Out Burger, a California restaurant chain run by a third-generation member of the Snyder family, rings up annual sales of more than $1 billion and is essentially debt-free, according to a Forbes article. Company president Lynsi Snyder, whose grandparents Esther and Harry started the business in 1948, has said she wants to keep the company the way her family would want. She told Forbes she considers herself a protector.

The Snyders favored a slow-growth policy and stayed smaller than competitors, according to the Los Angeles Times’ 2006 obituary for Esther. This philosophy limited expansion to store locations that could be reached by company trucks within a day to ensure freshness of the food. Lynsi Snyder told CBS This Morning in 2015 the company would never franchise outlets or go public.

“The only reason you would do that is for the money and I, I wouldn’t do it,” Snyder told CBS. “My heart is totally connected to this company because of my family and the fact that they’re not here, you know. I have a strong tie to keep this the way they would want it.”

With debt offering such a range of positive and negative outcomes, family businesses must have a clear understanding of their purposes for borrowing and well as their risk tolerance levels.

“You take on debt in the context of your strategic plan,” says Craig Aronoff, co-founder of The Family Business Consulting Group and a principal consultant at the firm. “And your strategic plan is developed with the goals of shareholders, what opportunities and threats the market gives, and the strengths and weaknesses of the business.”

Borrowing should be done for healthy reasons and with a long-term horizon, says Jonathan Flack, U.S. family business services leader at PwC.

“Don’t be afraid of it. Think about it long-term,” Flack advises.

Judicious use of debt
When family businesses need external financing, debt is the preferred method, rather than new equity, research shows. 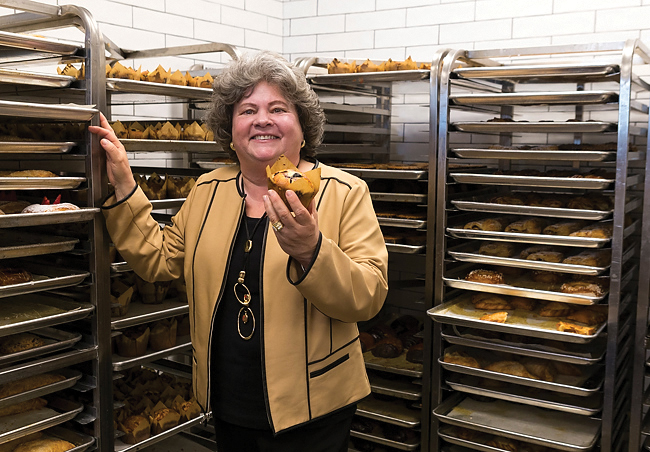 “Rarely do they want to give up any kind of family ownership,” Flack observes.

But even when taking on debt, family firms are prudent in their use of leverage, according to a 2012 Harvard Business Review article by Nicolas Kachaner and George Stalk Jr. of the Boston Consulting Group and Alain Bloch, a co-founder of the Family Business Center at the business school HEC in Paris. Their study of 149 family-controlled, publicly traded companies with revenues of more than $1 billion found debt accounted for 37% of the capital on average at family companies from 2001 to 2009, compared with 47% of the capital at non-family businesses.

Still, in the life of a business there are many solid reasons to use debt financing.

The top reason is to grow the business. Debt might allow a family to acquire another enterprise, upgrade technology or modernize facilities, to name a few reasons.

When Pettinaro bought a massive portfolio of commercial properties in the wealthy Greenville, Del., area for more than $100 million in 2015, the deal was done with cash and the assumption of the existing debt on the property.

Shoen of U-Haul says debt is simply an integral part of doing business at his company.

“We have to have debt. That’s just the way it is,” Shoen explains. “But you have to always remember you have to pay this money back. So you always have to be thoughtful and careful.”

Another good use of leverage can be to repurchase shares from shareholders whose interests are no longer aligned with the rest of the ownership group or who need some liquidity for estate planning or other uses, Flack says.

Indeed, rigid and arbitrary rules prohibiting debt can prevent a company from seizing opportunities and staying competitive, says Jennifer Pendergast, the John L. Ward Clinical Professor of Family Enterprises at Northwestern University’s Kellogg School. She has worked with family firms whose owners say the previous generation decreed the company should never have debt or keep borrowing within tight limits.

“All they’re thinking about is managing downside risk. They’re not thinking about the bigger strategic picture,” Pendergast explains. “They’re stuck in a mindset that might have worked two generations ago, when the business was at a different scale. The world changes. The competitive landscape changes.”

In a fast-changing environment, debt can sometimes be the only option to stay competitive through acquisitions or other strategies, she says. 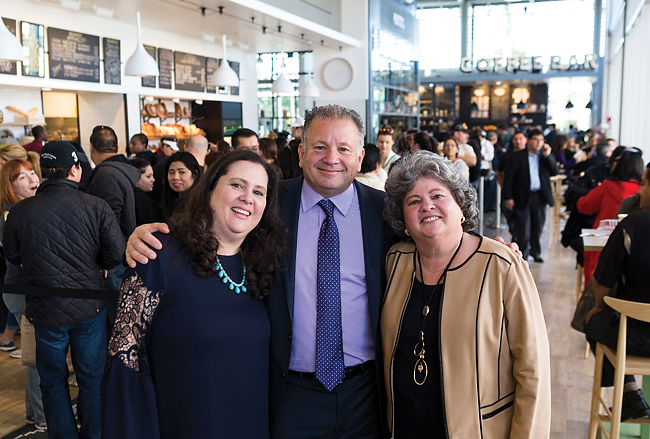 Bank financing is attractive today because of the low interest rate environment. What’s more, the interest from a bank loan is tax-deductible as a business expense if the loan is used for business purpose and the business is legally liable. Debt financing also prevents the family’s ownership from being diluted.

Family businesses also pay less for debt than non-­family businesses in tight credit environments, researchers have found. One reason is that the interests of lenders and family business owners tend to be aligned, according to Margarita Tsoutsoura, an associate professor at Cornell University’s S.C. Johnson College of Business. Lenders want to see family businesses survive and pay off their debt.

Family firms whose chief executive is a family member tend to receive the most attractive rates, Tsoutsoura says. Her research found 17% of loans to family businesses contain covenants requiring the founding family to maintain a minimum percentage of ownership. Some lenders might require having a succession plan in place.

In general, debt financing among family firms is short-term, Flack has found.

On the downside, banks may require some personal guarantees or impose restrictive covenants that are not palatable to some shareholders. Debt repayment can cut into cash flow. And the higher risk can cause conflict among family members.

At the end of the last decade, bank loans were part of a bitter, public court battle between a father and son over control of N.K.S. Distributors Inc., a liquor distributorship in New Castle, Del. At one point, the bank required the third-generation business to bring in a restructuring officer who testified the company was insolvent when he joined the board in 2009.

How to borrow wisely
Those who work with family businesses offer this counsel:

• Families should reach a consensus about what level of debt is appropriate for the business and fits well with their risk tolerance levels. Make sure shareholders are aligned on the reason for incurring debt. Be smart about risk, Aronoff advises. “It has the potential to help you reach your goals.”

• Have a long-term perspective. For example, will any debt taken out today continue into the next generation?

• Make sure to find a lender whose interests align with yours. The lender should be viewed as a partner, not an enemy.

In the final analysis, the relationship of family firms to debt is as kaleidoscopic as the families and businesses themselves. Owners articulate their own goals and run their companies according to their own lights, Aronoff says.

“That’s the glory of family business,” he says.