Because the interests of a family business and its private equity partner aren’t always aligned, these marriages can be rocky. Know the upside and the downside before entering into a deal.

The way Charles Kittredge sees it, private equity took his family’s company, Crane Currency, to a new level. That’s saying a lot for a business that’s been around for 217 years. 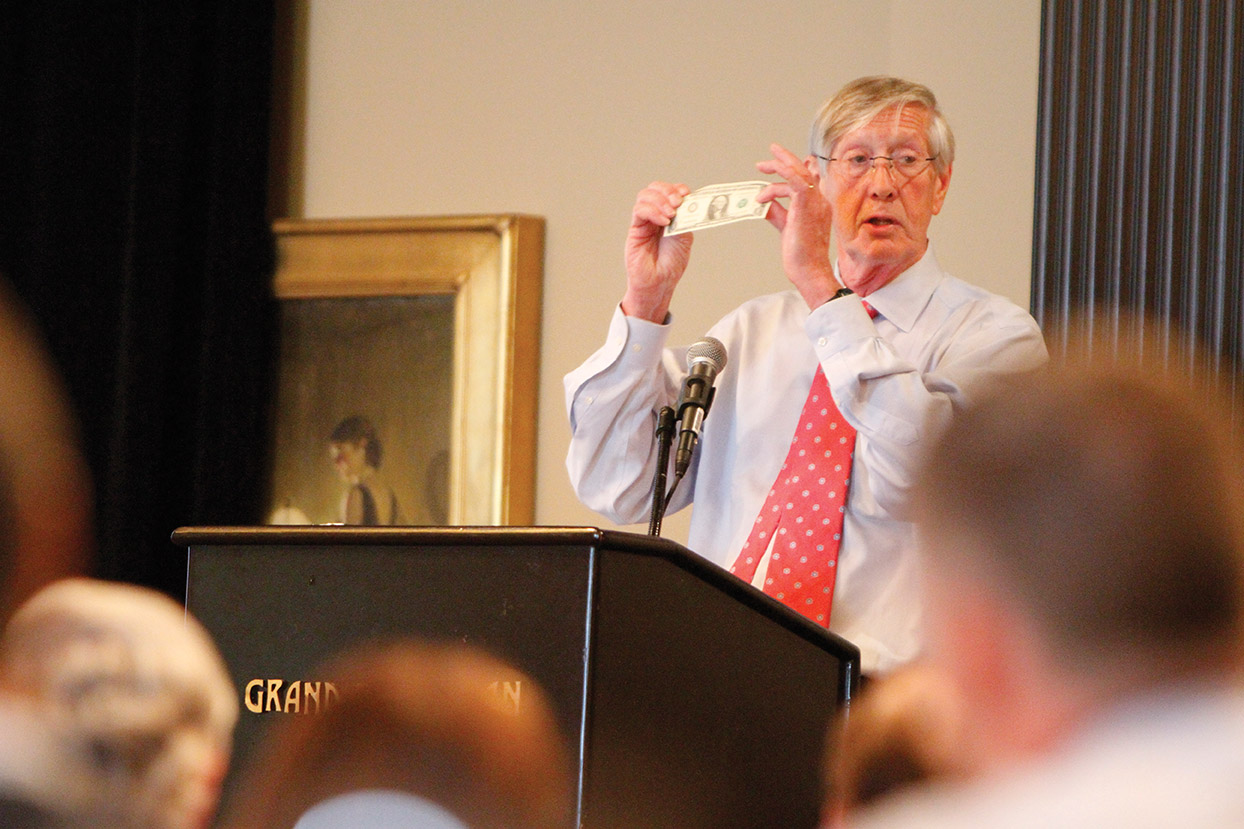 Ten years ago, things were changing at the bank note producer, which has had the contract to make currency paper for the U.S. Treasury since 1879. Crane had repositioned itself as a currency business and had expanded internationally. The family shareholder base had grown, and some lacked strong emotional ties to the business. A few owners wanted to sell some shares. At the same time, company leaders wanted to continue to grow the enterprise.

Enter Lindsay Goldberg LLC. In 2008, the private equity firm took a 40% equity stake in Crane and eventually increased it to 49%. Lindsay Goldberg became “a very valuable resource,” says Kittredge, the company’s former chairman and CEO and a sixth-generation family member.

Thanks to Lindsay Goldberg’s ability to provide help when needed, “We became a much better-run business,” Kittredge says.

In January, Lindsay Goldberg and the Crane family sold the business for $800 million to the Crane Co., a diversified manufacturer of industrial products. (The two companies were unrelated before the deal; the similar names are a coincidence.)

Lansing Crane, another sixth-generation family member who was Kittredge’s predecessor as chairman and CEO, says Lindsay Goldberg “was as good a partner as we could have wished for.” The private equity firm always had the best interest of all shareholders in mind, he explains.

“They were patient even when the company was not performing well,” Crane says. “They stuck with us and gave management time to meet expectations.”

When the family owners of Crane Currency turned to Lindsay Goldberg a decade ago, it was to execute a financial strategy known as a private equity recapitalization (recap). In a recap, family owners can take some chips off the table while retaining ownership and involvement in the business. Family owners reduce their risk while maintaining the opportunity to benefit from any future growth.

In the case of Crane Currency, Lindsay Goldberg invested for 10 years, which is much longer than a traditional private equity deal. The partnership helped build the company and, when it came time to sell, bring in a high price.

But recaps can be fragile marriages.

Despite Crane Currency’s positive experience with private equity, Lansing Crane recognizes there can be a built-in friction between private equity investors and family owners because the parties’ objectives are not always 100% aligned.

For the family business sector, debt is associated with fragility and risk, Stalk and coauthors found in a 2012 study published in Harvard Business Review. Family enterprises tend to be much less leveraged than non-family firms, he says. Private equity, however, uses leverage as a tool to fatten returns.

Consider the story of K’Nex Brands, a designer and manufacturer of construction toys based in Hatfield, Pa. K’Nex was founded by the Glickman family, owners of The Rodon Group, which specializes in injection molding of small plastic parts. In 2016, the Glickman family sold a majority equity stake in K’Nex to Cathay Capital North America.

At the time of the deal, Michael Araten, a married-in member of the Glickman family who was then the CEO of K’Nex, said in a statement: “Our strategic visions are perfectly aligned, and we have already started to tap into Cathay’s deep expertise in China and Europe.”

Less than two years after Cathay completed the recapitalization of K’Nex, PNC Bank, a secured creditor of K’Nex and its parent company, Smart Brands International Co., auctioned off the company’s assets. The sale proceeds were reportedly used to pay K’Nex's debt to the bank. Basic Fun!, a Boca Raton, Fla.-based toy and novelty company, announced in February it had bought the assets of K’Nex, bringing the company under outside ownership.

Jie Gao, who handles corporate communications for Cathay Capital, said the firm could not disclose more information. Neither Araten nor K’Nex’s lawyer responded to repeated requests for comment.

Another case involves Strauss Coffee, a subsidiary of family-run Strauss Group, the Israel-based food company whose products include Sabra hummus. Strauss Coffee spent years feuding with its private equity partner, TPG Capital. To help with its global growth strategy, Strauss Coffee had sold a 25% stake to TPG in 2008.

At one point, TPG even went to court to stop Strauss from firing a TPG representative who was serving as the coffee company’s CEO, according to published reports. The case was dismissed and the CEO was fired in 2014. But TPG had gone so far as to allege Strauss Group had abused its rights and asked a Dutch court to order an inquiry, Reuters reported.

Strauss Coffee appeared elated when it bought back the TPG shares in March 2017.

“This is an important day of celebration for Strauss Group and Strauss Coffee,” said Gadi Lesin, CEO of Strauss Group, in a statement when it announced the repurchase.

Proceed with caution
While private equity firms today might try to distinguish themselves from the pack by positioning themselves as “patient capital,” some advisers are skeptical.

“If a private equity firm says they’re investing for 20 or 30 years, run, don’t walk, out of the room,” says Ernest M. (Bud) Miller Jr., who has served on the board of family-owned companies and is the former dean of the School of Business at Clayton State University in Atlanta. Miller has likened the deal process to being pursued by a persistent suitor. “They’ll tell you anything so they can date you,” he says.

Miller cautions, “Be very, very careful about bringing in a third-party investor, even in a minority position.”

Proponents of private equity say troubled deals, while sensational, are rare exceptions. Many more partnerships end happily without ever grabbing a headline because the sector is a private asset class, they note.

“There’s a complexity that is not present when you have a complete buyout,” says Carrie Hall, who leads Ernst & Young’s Family Business Center of Excellence in the Americas. “More cooperation is needed, more communication, more share value.”

Family business owners considering private equity should be well aware of what they’re getting into, says Kittredge.