Does the word “polka” evoke images of fast-moving people swirling in coordinated motion? If so, you have a good handle on what it’s like to work at Bouchard Cooperages and Quinta do Tedo, two family-owned businesses that combine generations-old family winemaking skills with a developing legacy of distributing the barrels in which to age the product.

Owned by the Bouchard family, headed up by Vincent and his wife, Kay, Quinta do Tedo produces fine Porto wine from their estate on the banks of the Douro River in northern Portugal. The heavy lifting part of that business takes up several months of the year and involves growing, harvesting and processing the grapes that yield one of 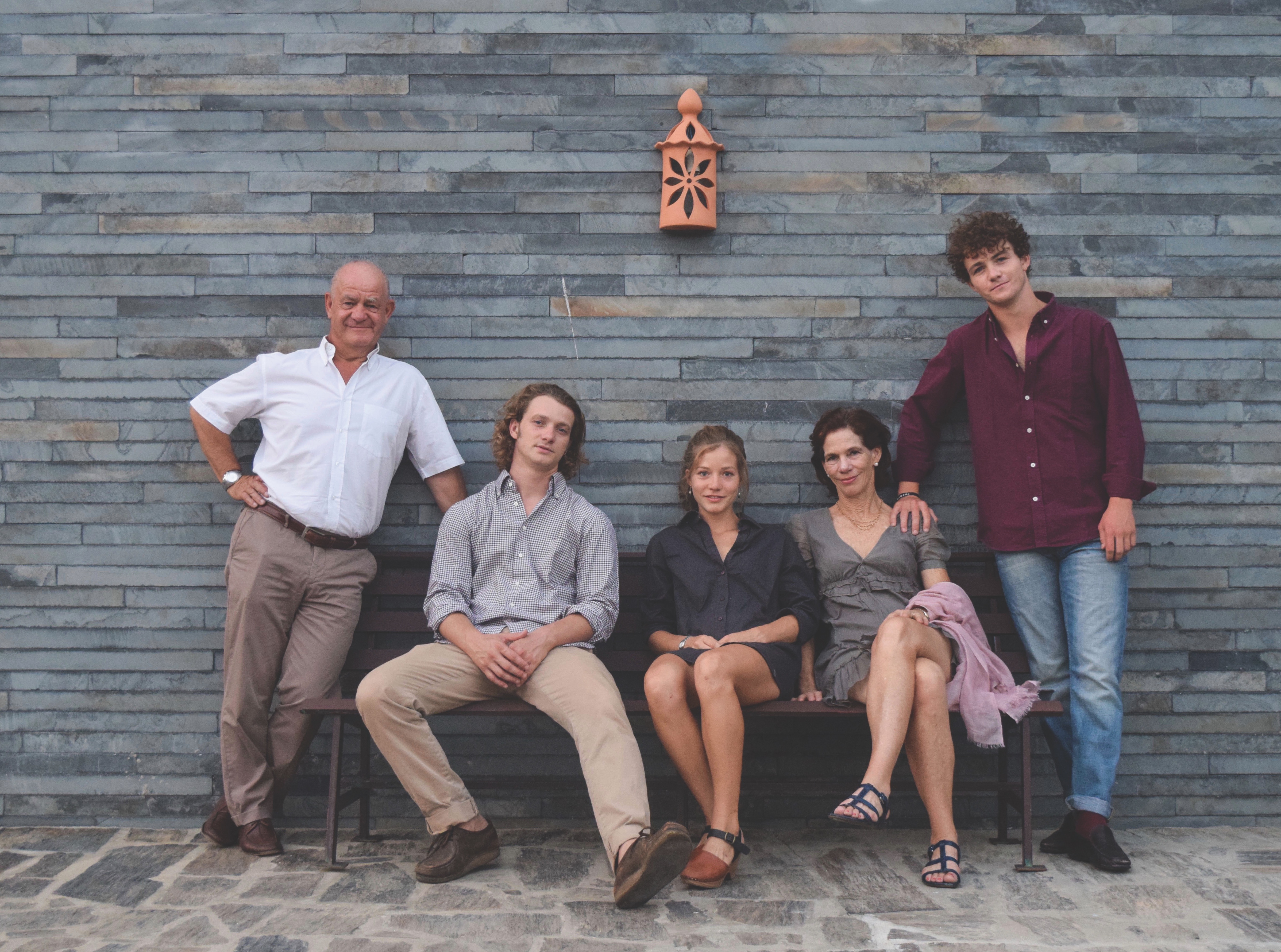 that country’s most famous products. For the rest of the year, the Bouchard family heads off to Napa, Calif., where Vincent focuses his attention on supervising sales of highly sought-after French oak wine barrels that find their ways into vineyards around the world.

The current family saga began in the late ’80s when Vincent and Kay met each other by chance in San Francisco on the way to the International Pinot Noir Celebration in McMinnville, Ore. Vincent was speaking about differences in oak species for barrel making. Kay had begun her career with Heublein Inc., a big player in the corporate wine world, in 1981, then two years later moved to Italy to work with different wineries in Veneto and Tuscany. Returning to San Francisco a few years later, she began working with Vincent in French oak barrel sales for the Italian market. They married in 1990.

Two years later the lovebirds purchased Quinta do Tedo. “We were young, feeling invincible, and Vincent had always wanted his own vineyards, as his family beckons from Bouchard Père et Fils, founded in 1731, in Beaune, Burgundy,” Kay recounts. “An 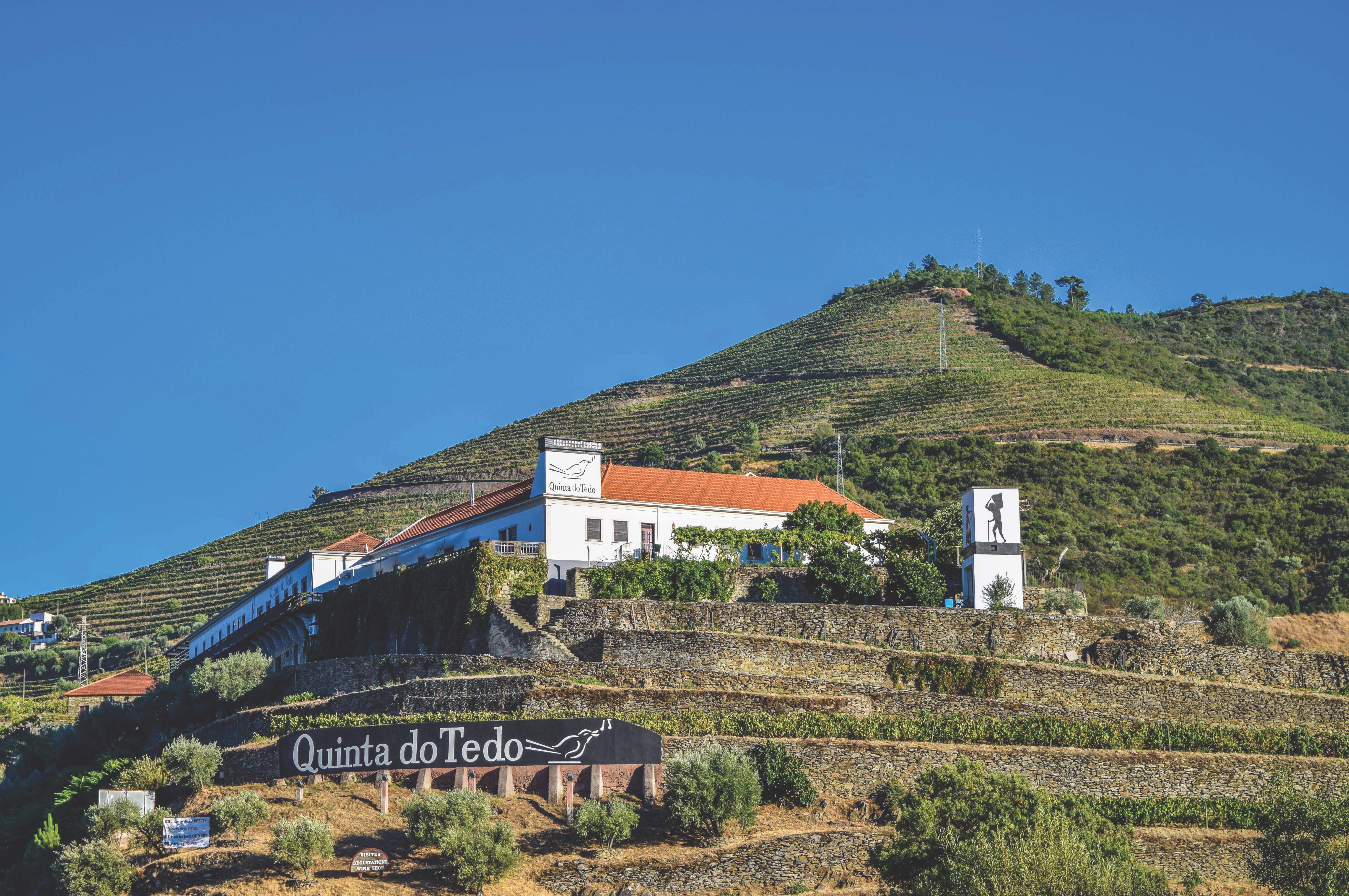 ancient family rule stipulates that only one child of each family branch and generation can enter the winery, and his first available sibling, Christophe, became managing director.”

By the time the Bouchards acquired Quinta do Tedo, the barrel distribution business in Napa was gaining traction, aided by notables such as the Mondavi family. The estate purchase in Portugal was not linked strategically to the ongoing cooperage business, but it made a nice fit. “It was clearly a separate entity,” Kay recalls. “The opportunity was there, price-wise, and Napa Valley, where Vincent also considered buying vineyards, was already very expensive beginning back in the late ’80s.

“We were convinced of the region’s uniqueness because fortified Port wine is only made in Portugal’s Douro Valley,” she adds.

Family businesses need to make way for family, and children arrived in 1992, 1994 and 1996. The Bouchards decided to have the children schooled in Napa Valley, where the educational system was more established, instead of Douro Valley. “Vincent would always be there for the harvest in September and October, and then in the spring for blending the ports. We would spend a big part of our summers as a family at the Quinta.”

In 2004 the whole clan moved to Italy for a decade. “During this time wine tourism started to grow and we embraced this with open doors at our Quinta, did a lot of restoration to include the B&B and our Bistro Terrace,” Kay says. A new direct-to-consumer wine sales program — which today accounts for 70% of sales — funded the venture, and life settled into predictable seasonal routines. “Since 2014 we’ve spent July through October at the Quinta,” Kay says.

Today Vincent and Kay have 22 full-time employees at Quinta do Tedo and eight more at Bouchard Cooperages. Oldest son Paolo has a degree in economics, and after working for several years at wine-related startups he joined Bouchard Cooperages as international business development manager in Napa. Daughter Odile has a degree in biology and is now finishing her international master’s degree in wine tourism and innovation, writing about the impact of COVID-19 on Douro Valley vineyards. “Her scientific background applies as well as her creativity and peo 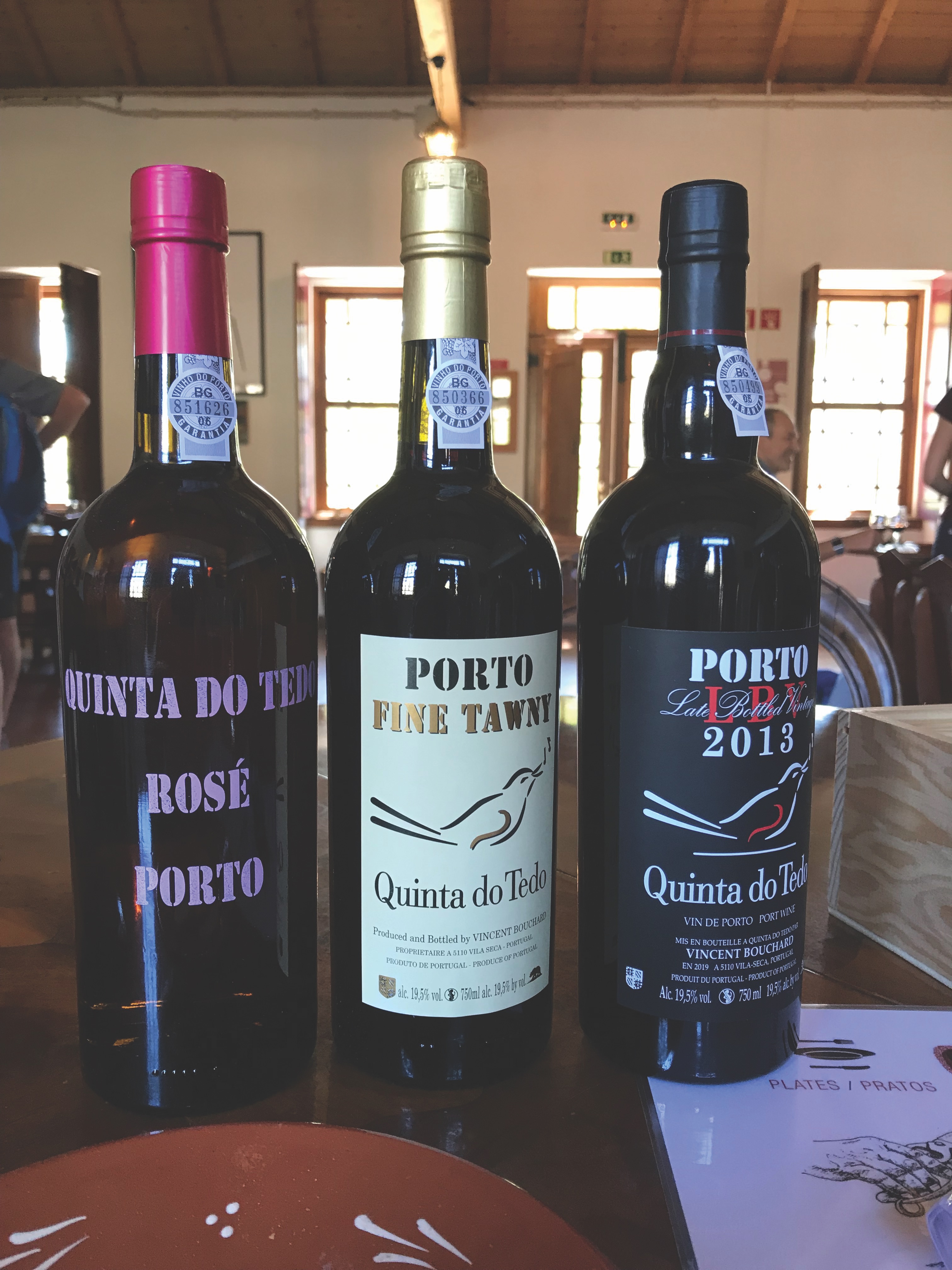 ple skills and passion for Portugal,” Kay says. Odile assists Vincent and Kay with public relations and social media at the Quinta and is developing wine tourism offerings for the estate.

Youngest son Joe is studying for the GMAT and plans to be in Europe. He currently is at the Quinta with his sister while COVID-19 affects the world, working to modernize the e-shop and update internet sales channels.

“Our children,” Kay says, “have all worked harvests in Italy and in France and of course at our Quinta. They all have a good work ethic, passion and dedication for what they pursue. Their long-term visions will come with time.”

With COVID-19 as a global backdrop, some future initiatives are on hold. “We hope to stay afloat.” Kay says. “We do have plans to open up an additional summer tasting room in another building at the Quinta for more personalized tastings and tours of our cave, the first of its kind in Douro Valley.” The Quinta closed to the public in March, with only production and vineyard workers onsite there. At Bouchard Cooperages, everyone is working from home.

On May 4 the 75-seat tasting room reopened with a maximum capacity of just four guests. Outdoor tastings and picnics have been added to visitor options to emphasize fresh air and safety.

“I’m so happy that Odile and Joe are together during this hard time at the Quinta since March, when Odile’s internship in Porto with a wine tourism company closed and Joe had just arrived in Portugal to prepare for his master’s studies,” Kay says. Vincent, Kay and Paolo currently are in Napa Valley, hoping for an average Bouchard Cooperages sales season.

“Luckily, we have two strong businesses, but the repercussions of the pandemic are unknown,” Kay says.