There are few lines between the Wildwoods and Morey's Piers.

The Morey family’s debate over whether to add admission gates in front of their seaside amusement piers was fleeting.

In the 1990s, unfavorable weather and extensive reinvestment in the business had put Morey’s Piers (see related story: A Wild Ride at Morey's Piers) in a difficult financial spot. Jack Morey, executive vice president and a second-generation business owner, says a gate was considered “one of the silver bullets” that would turn the piers around. But the family decided to stick with an open entrance (see related story: Open space). Revenues would continue to come only from concessions, games and ride tickets. Jack says this policy was the best one for the business and the family’s values. 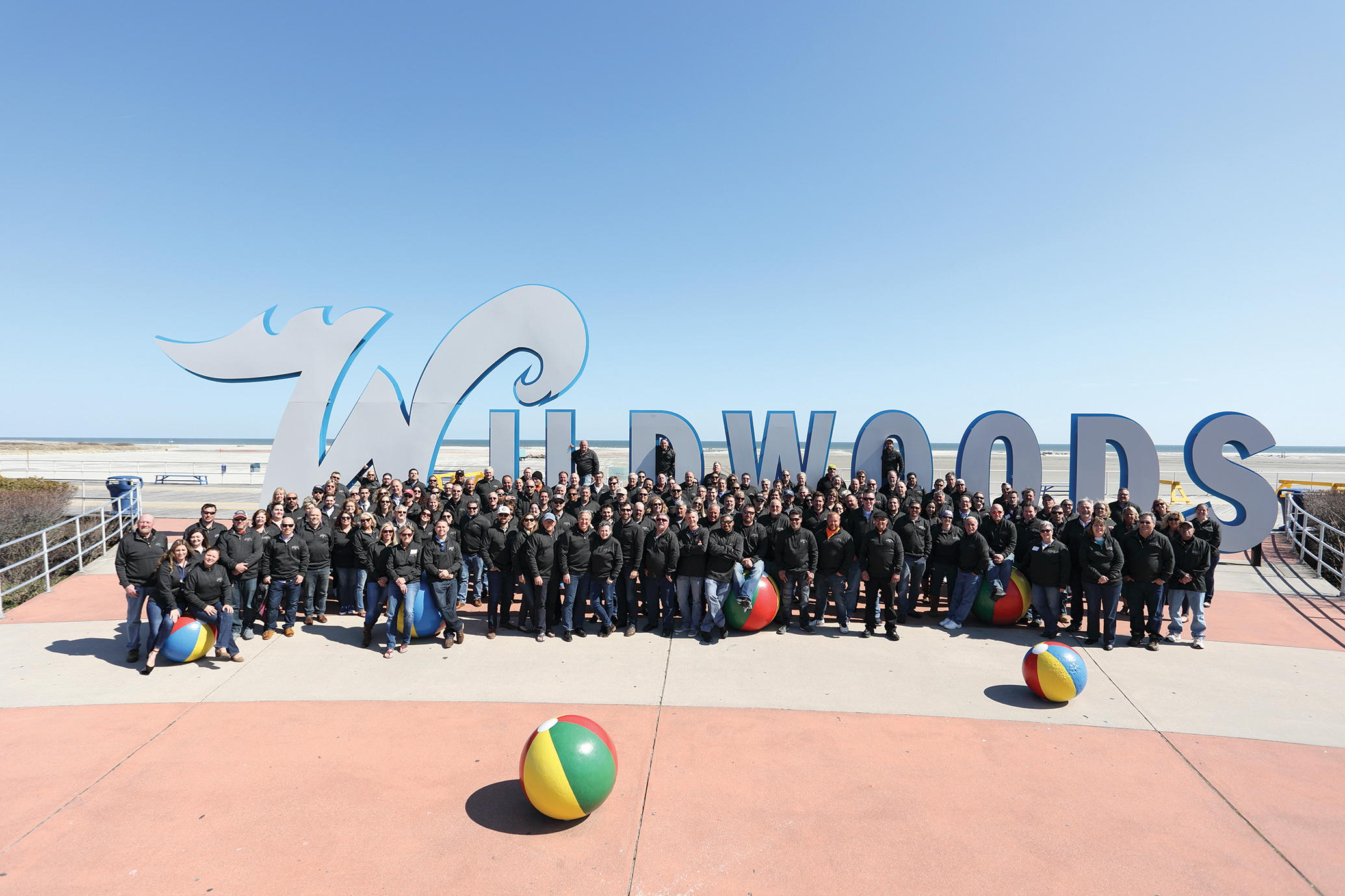 “The culture of the town is about this flow of people and the energy,” he says. “You don’t get it with gates up.”

The Moreys see their involvement in the shore communities as directly related to their success and reflective of their hometown pride.

“There was tons of advice from other business owners saying to get involved in the city,” he says. “We can’t survive without the city.”

As one sign — literally — of the family’s commitment, Jack initiated and funded concept drawings for a large “Wildwoods” sign just off the boardwalk. The sign, an ideal background for tourists’ photos, is surrounded by colorful concrete beach balls. The $1 million project was completed in 2008.

Will Morey, president of Morey’s Piers, took his community interest a step further by running for and winning a county freeholder seat in 2011, essentially through the Republican primary in a very Republican county. There was no Democratic nominee.

But though he ran unopposed in the general election, South Jersey politics is tough to break into, and winning the primary wasn’t easy. He was pushing for some changes — including a new gateway project in Wildwood and functional ways to address flooding — to be made faster than the rate at which government usually moves. When he won the primary, he says, more established politicians pushed back.

“I have zero interest in politics for the most part,” he says. “I was concerned about proactivity.”

Cape May County is home to 16 municipalities, with three along the Wildwoods beach alone. Morey’s Piers operates in two of them, Wildwood and North Wildwood. (The family owns hotels in a third, Wildwood Crest.) Will wanted to see a more cooperative, collaborative approach to reaching full potential not only for tourist revenue, but also for other opportunities.

“I saw the government having a more active role in addressing commerce, making the area a more viable region for businesses.

“My view was the government wasn’t doing what I thought they could do.”

Currently, there is a plan for a bike trail in the area and redevelopment at the Cape May Airport is in the works. A drone “incubator” has already been established there.

“We are working on a new gateway project in Wildwood and looking at functional plans to deal with flooding,” Will says. “I want to help more with community-type stuff.”

No matter where the future leads the family business, Morey’s will always stay rooted in the Wildwoods.