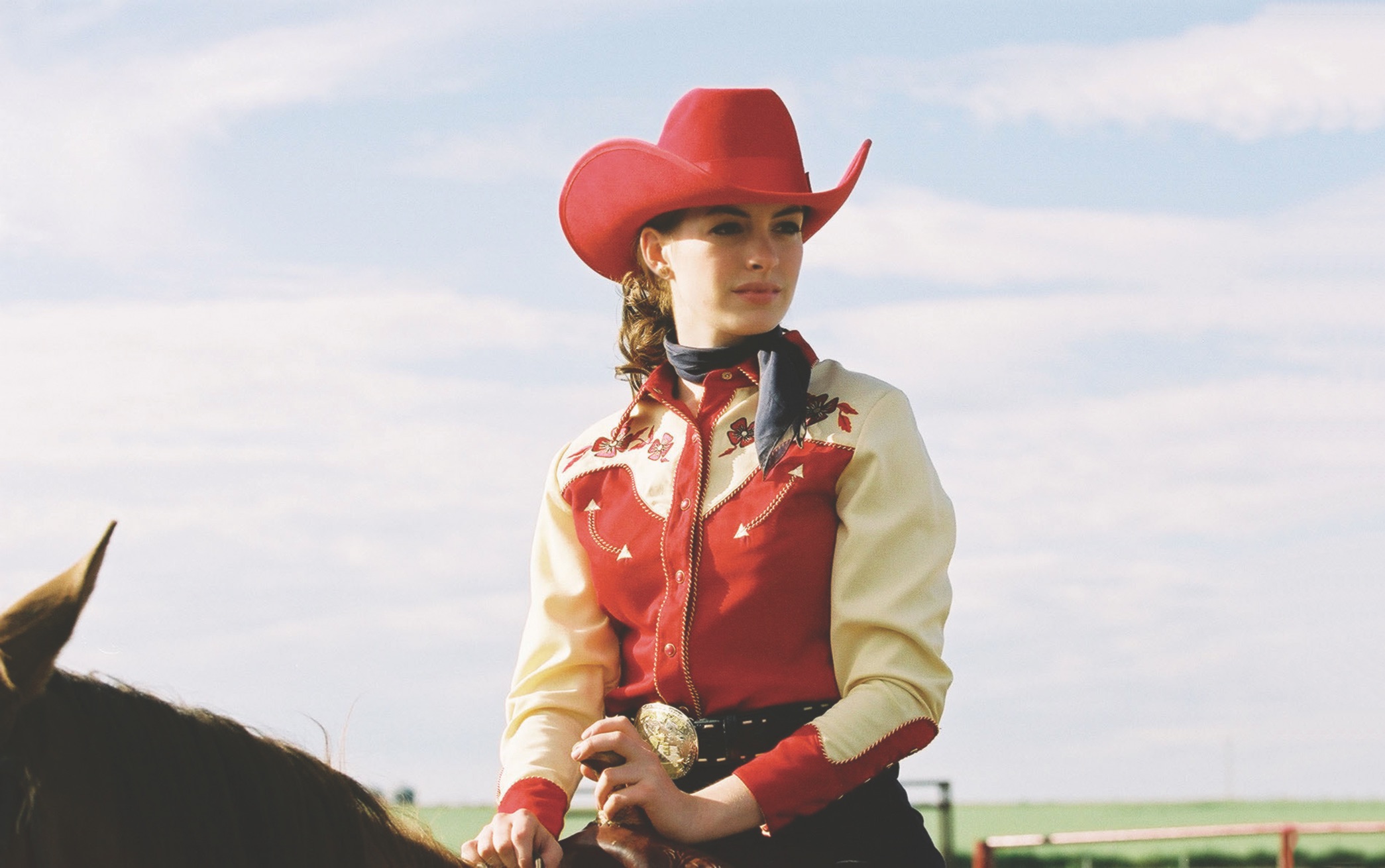 Steve Weil’s aim has always been to produce classic clothing design that has neither a seasonal life cycle nor a singular appeal.

“We have an amazingly wide demographic,” he says. “We supply a lifestyle, and it’s for all generations and all kinds of people — from rock stars to truck drivers.”

Weil is the third-generation head of Rockmount Ranch Wear, a creator and purveyor of a wide array of Western gear that occupies and operates out of a historic landmark building in Denver’s trendy LoDo district. But Rockmount is famous, first and foremost, for its shirts. The company’s tagline is “We put the snap in Western shirts.”

And its appeal doesn’t stop at rock stars (or truck drivers, for that matter). The list of entertainers who proudly sport (or once sported) Rockmount’s fashions numbers in the hundreds, and includes actors from Jimmy Stewart and Jack Palance to Vince Vaughn and Matthew McConaughey; musicians from June Carter Cash and Lucinda Williams to Brandi Carlile and Old Crow Medicine Show; and other recognizable names like Ronald Reagan, Elvis Presley, Jay Leno, Tom Brady and Chrissy Teigen.

“I’ve had some really wonderful experiences meeting people,” Weil says. “Eric Clapton and Robert Plant have given me memories that blow my mind.” And then there’s Bob Dylan.

“Bob Dylan is my lifelong favorite, and sadly he's been here and I've never had the chance to meet him,” Weil says. “I love the fact that he wore one of our shirts when he was given the Medal of Freedom by Barack Obama. There he is with his shades, wearing a Rockmount shirt, and the President putting the medal over his head. I thought, ‘It doesn't get better than this.’ ” 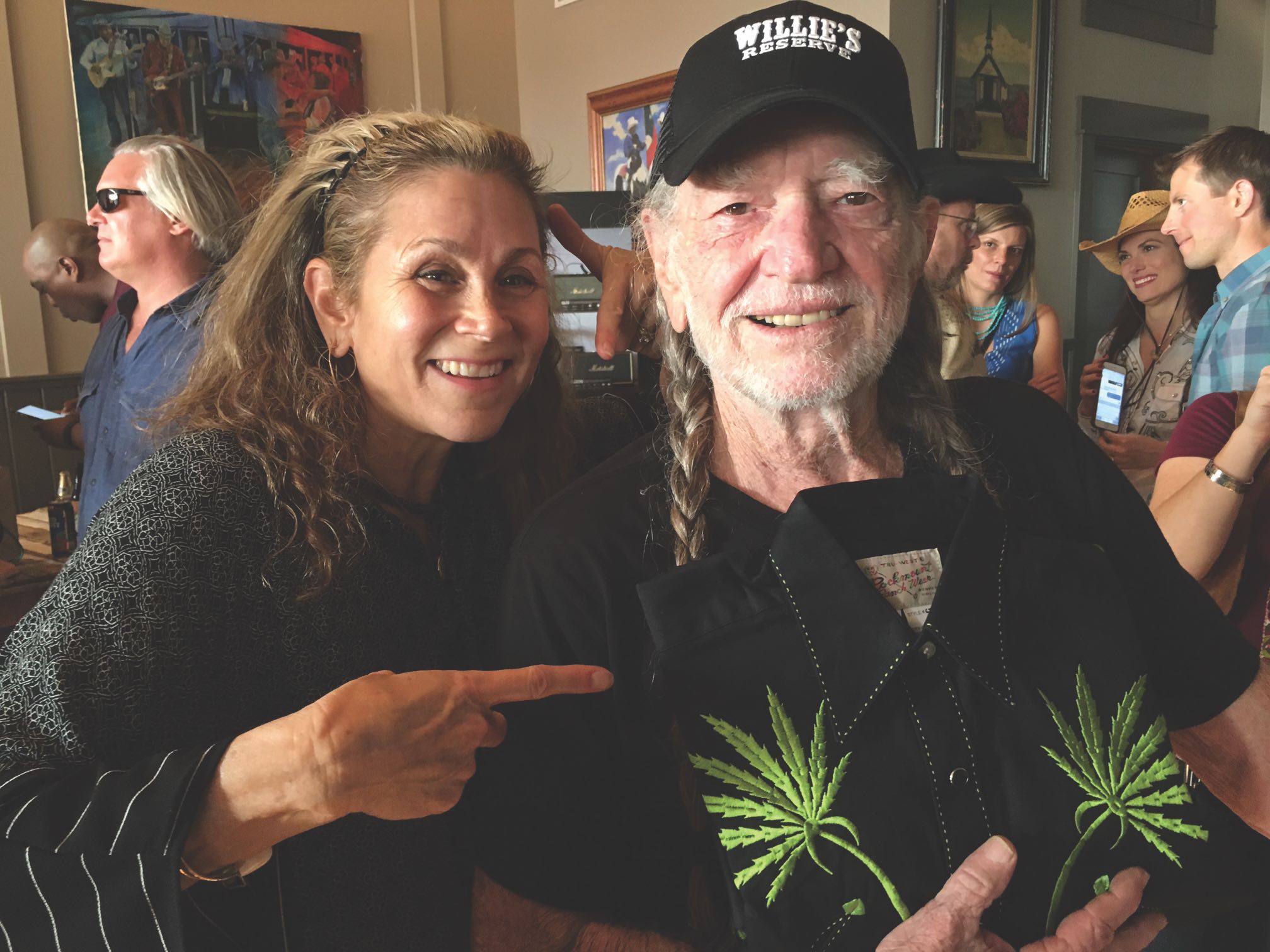 To Weil, the keys to Rockmount’s lasting success and the broad and enduring appeal of its fashions are the creation of stunning designs, adapting (but only on its own terms) and a knack for storytelling.

Weil joined his grandfather’s company in 1981 — after law school, followed by a realization that the world didn’t need another lawyer — to head up advertising. “I sensed that the company needed to get its story told, and so that became my mission, and remains my mission to this day,” he says.

He had good raw material. “We had a story, and that is that my grandfather made the first Western shirts with snaps,” he says (see sidebar). “And the story evolved over time, as he became the world’s oldest CEO at 107. The company was kind of a secret, and through a lot of serendipity I got very good exposure for us in the media. And today we’re a fairly well-known brand for a small family business.”

The creative history of Rockmount, meanwhile, tracks through all generations of the Weil family. Steve’s father, Jack B. Weil, died in 2008 at age 79 — just months before his own father, Rockmount founder Jack A. Weil (a.k.a Papa Jack), died at 107. Both Jacks oversaw design for Rockmount at one time or another, as does Steve.

“My grandfather was the creative-genius entrepreneur who started the company, and then my father joined him, and over time he took over and headed our design side for 50 years,” says Weil, whose title is president and chief creative officer. “I started doing advertising and some administrative stuff, then an opportunity came up for me to do some design work. That led to me taking over the design function, which I still do today.”

It’s that focus on innovative design that Weil credits for the lasting appeal of Rockmount’s style.

“We have a niche, but it’s not a niche that that can easily go obsolete,” Weil says. “So much fashion has such a short life cycle. They call it ‘fast fashion’— like eating French fries that make you feel sick afterwards. We don’t do that. We do quality and enduring design, so that you’re never embarrassed by what you buy.”

Weil’s nephew, 30-year-old David Oksner, joined Rockmount in 2014 already instilled with an appreciation not only of the care his uncle, grandfather and great-grandfather put into nurturing the company and its fashions, but also of how they all have contributed to Rockmount’s legacy.

“We sense their presence in the work we do, and I truly treasure the complexity and longevity of the relationships we have with the people in this business and our customers,” Oksner says. “Papa Jack said, ‘The West is not a place — it’s a state of mind.’ The one thing he was sure of is that every kid wants to be a cowboy or a cowgirl. I can relate to that, having grown up around this business, and I think it’s still very true.”

Even as Rockmount grows and evolves by adding new products and diversifying distribution and production methods, it’s always with an eye on protecting and preserving the company’s longstanding personality and legacy.

What the world needs — and how consumers buy it — also governs how Rockmount embraces technology in distribution. Its strategy was once 100% wholesale to retailers, but increasingly bleak retail opportunities changed that. And as things turned out, that shift was somewhat of a savior.

“Whether it’s pet stores or sports stores or Western stores, there’s a fraction of the ones that existed 15 years ago,” Weil says. “So we do wholesale, we do flagship retail in a historic landmark building in downtown Denver, and then we have our online presence. Those three things are what kept our ship floating during the pandemic. If it weren’t for the diversity of our channels, we would have been drowned.”

The COVID-19 pandemic also affected Rockmount’s access to quality labor, as it has for so many other businesses. For Rockmount, though, the labor challenge is a threat to one of the very things that differentiate its products.

“We use artisans to do our embroidery, and they’re harder and harder to find,” Weil says. “That’s what it takes to make a highly ornate garment. We think of a shirt as an art form, and that’s how we approach it. You can’t mass-produce.”

Like the leaders of most multigenerational family businesses, Weil is always pondering where — and to whom — the business goes after him.

“Every family needs to come up with an acceptable plan that works for the older generation but ensures the younger generation can have the resources to perpetuate the business. It used to give me nightmares not knowing how we were going to accomplish that,” he says.

That’s where Weil’s nephew David Oksner comes in, bringing the perspective of the next generation informed by years of observing Rockmount’s growth and success.

“We have the benefit of many years in business, and we know what works for us,” Oksner says. “But remaining open to change is equally important, and understanding what customers want is always at the forefront of our minds.”

Oksner not only is the gateway to the future, but also represents the generation Weil hopes will sustain Rockmount’s relevance.

“We all know brands that have lost their will to survive and gone bye-bye because they didn’t bring a new generation,”  Weil says. “Ultimately, every business reaches a point where the synergy has crested and it’s downhill from there. The only way you can re-instill it is through fresh lifeblood.”

That, along with a conservative approach to financial management that dates back to the Papa Jack era, is what Weil believes will sustain Rockmount indefinitely.

“I was inculcated with the idea that you self-capitalize,” he says. “We stopped borrowing many years ago when it became untenable, given the heinous demands and the banks. My grandfather, fortunately, had the wherewithal to tell them goodbye, and we haven’t borrowed ever since.”

Ultimately, what is most likely to guarantee Rockmount’s future success is the honest nature of its brand and its fashion, and what it means to so many. It is, as Weil puts it, not a costume but a lifestyle.

“We’re a vestige of something people miss in life today,” he says. “We are Americana, we are a legacy brand, we have integrity as a company and as a product, and people respect that.”

Jason Meyers is a writer based in Chicago.