When Alyza Bohbot took over her parents' coffee business, her plan to perk up revenues included the launch of a new, related company.

NextGens who join their family business often make a number of changes to modernize the company, such as upgrading the technology and increasing the company’s presence on social media. It’s only natural for the younger generation to make these kinds of innovations; they are generally the family members who are most up to date in these areas.

Some NextGens go a step further: They start a new, related company that will appeal to a younger crowd or another new market segment. One such entrepreneur is 32-year-old Alyza Bohbot. 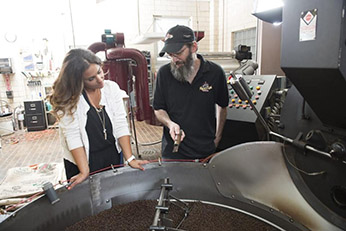 In 2015, Alyza took over Alakef Coffee Roasters, in ­Duluth, Minn. In addition to running the company her parents started in 1990, she launched City Girl Coffee Company, which operates under the umbrella of the older, established family business. City Girl sources its coffee from women coffee farmers and donates a portion of its sales to organizations that support them.

The early years
Alyza’s parents, Deborah and Nessim Bohbot, emigrated from Israel to the U.S. in the 1980s. Deborah, who was born in America, is trained as an audiologist; Nessim, a chemist who grew up in Morocco, taught French during the couple’s first few years in the States. They drank specialty coffee, although at the time it was hard to find in the States. Their neighbors seemed happy with mass-market brands, but the couple thought if they educated them about higher-end coffee, they, too, would appreciate it.

Nessim started roasting coffee beans in their kitchen, and the couple launched their own brand in 1990. Deborah continued to work as an audiologist while helping the company get off the ground.

When she was growing up, Alyza was around the company all the time. “I’d help my parents put labels on bags when I was little and go with them to trade shows, customer demos and other events,” she recalls. As a college student, she served as a sales and marketing intern in the company between her sophomore and junior years and reported to the company’s general manager at the time. “I didn’t work there every summer, but I was definitely involved,” she says.

Yet Alyza was more interested in vocal jazz than in entering the business. She planned to get a degree in music at Syracuse University until a diagnosis of nodules on her vocal cords precluded a singing career. Instead, she studied retail management and worked for Samuel Adams beer in Boston for two years. Following that, she studied for a master’s degree in guidance counseling. When she learned her parents were considering selling the business, Alyza decided she didn’t want that to happen. She also thought she was the best person to take over, so after getting her graduate degree, she took the leap.

Over the years, as specialty coffees gained ground, Alakef had lost relevance. “My parents had one of the first coffee roasting companies in the state of Minnesota to be certified as organic by the Minnesota Crop Improvement Association,” Alyza says. “They offered fair trade. They did custom blending and private labeling. They did small batch, roasted to order, all those things. That was all wonderful and differentiated them early on.

“We’d evolved a little as a brand, but because we hadn’t really invested significantly in marketing, branding and advertising, we just weren’t as recognizable as others, and there was no way we could innovate and gain new market share,” Alyza says.

Passing the baton
Alyza actually asked about taking over the company three times, her mother says.

“The first was when she graduated college, and we told her we’d rather she worked outside the company first to get some experience and see if this is what she really wants to do,” Deborah recalls. “The second time, she was getting ready to leave the company she was working for, and she brought it up again. We asked if the family business was her passion, and she wasn’t sure, so we said no. The third time she asked, she was sure.”

Deborah advises other family business owners in a similar situation to make sure their child really wants to take the reins and that the young person is ready.

She recalls that she and her husband would have been nervous about anyone taking over, but they had confidence in their daughter and were excited about the idea. “After all, she had us to guide her; we had her back,” Deborah notes. A big selling point was that Alyza’s marketing background exceeded theirs, along with the fact that she is “bringing the company into another dimension,” Deborah says. 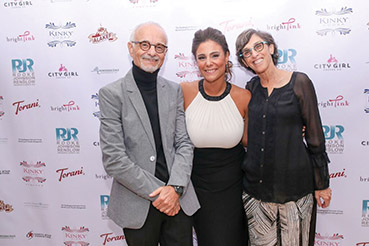 “When we started the business, we grew mostly by word of mouth,” Deborah notes. “It’s a different world today, so her marketing savvy really helped with that.”

Second-generation transformation
When Deborah and Nessim retired in 2015, the three agreed that Alyza would have a six-month trial. When that period ended, the parents and their daughter arranged a 10-year buyout.

Alyza knew that in order to continue Alakef as a viable company and increase revenues, she’d have to make changes. The company would have to be more aggressive, find new differentiators and undergo a rebranding.

First, Alyza rebranded the website and hired someone who understood social media. “When I came into the business, I think Alakef had 700 likes on our Facebook page. Now, we have over 5,000,” she notes.

She also began focusing on City Girl Coffee. The idea for the sister company came to her when she attended a breakfast hosted by the International Women’s Coffee Alliance and learned about countries in which women have no say in coffee businesses. From the first, she invested heavily in the new company, with a team that could “inundate all social media platforms and heavily brand the business,” she says.

To build a following, City Girl hits all the big social media platforms: Facebook, Pinterest, Instagram, Twitter and Snapchat. “We continue to learn and evaluate new ideas, but one thing we knew would be important for revenue, whether it was our online retail or our grocery retail partners, was that we had to create brand awareness through the various social media platforms,” Alyza says. “It helped us create consumer trust for purchase decisions.”

Because it uses the Alakef equipment and has adopted the parent company’s best practices, City Girl enjoys economies of scale. “The differentiation comes in how we source the coffee and where we’re sourcing from,” Alyza says. “With both brands, we are sourcing in the top 5% of specialty grades from around the world and using responsible and sustainable sourcing methods and procedures. With City Girl, we have the added piece of sourcing from women-owned or -managed farms and cooperatives.”

Alyza has expanded the marketing team for City Girl. The production and headquarters staff for both coffee companies are in Duluth. A second office in northeast Minneapolis is home to the marketing and sales team. Alyza lives with her boyfriend and two dogs in Minneapolis.

While City Girl saw a 300% increase in sales in both 2016 and 2017, Alakef has been fairly stagnant because Alyza been putting a lot of her energy into City Girl. Together, the two companies generate annual revenue of around $2 million. The majority of that derives from Alakef, with the growth coming from City Girl. But as Alyza rebrands Alakef, she’s already starting to see a shift.

“There’s a reinvigoration of the brand, and customers are responding to Alakef’s new packaging and logo,” she says.

Alyza says the family is very close, which she attributes partly to her being an only child. Her parents are her main advisers. She has consulted with them about how to engage employees — there are 14 total — and make them feel empowered, for example. “I’m changing some things in terms of employees having some skin in the game, making them accountable for what they produce and how they contribute to the company, and those kinds of things,” she says. “That’s not something my parents did, but I have some different ideas on how to invigorate people and get them involved in an even greater way.” 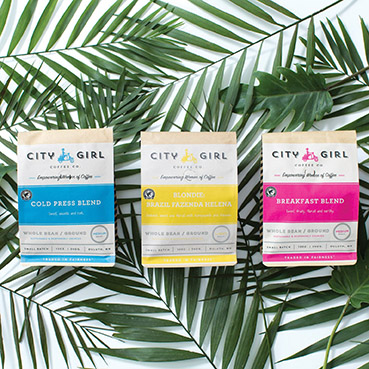 Alyza leans on her dad, “the master roaster,” for his thoughts on that process. She relies on her mom to help her understand the back end of the business. “She handled the financial piece for years, and that’s not my area of expertise,” Alyza says. “I’ve got a good understanding of business math, and a balance sheet and cash flow, but I will often just have my mom take a peek at things. I’ll ask, ‘Does it look like I’m running things all right? Operationally, are we on track? Do you see any red flags from a financial standpoint that I should be concerned about?’ ”

Instead of a chief financial officer, Alyza relies on Alakef’s general manager of more than 20 years. “He’s an operations guy who’s been my right hand in terms of how we get to the next level, and what that looks like, and foreseeable challenges we may face — from a personnel issue to a capacity issue to an inventory issue,” she says. She has also hired a head of sales who worked for Coca-Cola and another coffee manufacturer.

She has partnered with Minnesota’s basketball teams, the Timberwolves (NBA) and the Lynx (WNBA). She also participates in festivals, including those centered on women, through sponsorships and events.

Alyza has tapped the expertise of the CEO Roundtable in Minneapolis. It’s been a place where she can go to talk about the issues she’s facing and a way to get feedback from people who have been in her position.

While “I feel like I’ve got some good instincts,” she says, “I’ve really only been doing this for a few years, so I’m certainly not so naïve as to think that I’ve got everything figured out and I know all the answers. When someone is willing to share their background, or share experiences that I might learn from, I am all ears.” She’s also joining the Women Presidents’ Organization.

While Alakef has always given back to local organizations, Alyza has changed the philanthropy program. She has named it Alakef Gives, although the program includes City Girl. Each year the company donates a portion of its profits to about five non-profit organizations chosen from a pool of organizations nominated by consumers.

“We’re getting our consumers involved in this local give-back piece that has been so important to us as a company,” Alyza says. “We’re inviting our customers to be a part of that, and to let us know who they really care about and what organizations and individuals within their communities need our support.

“Alakef is for people who want to have a local impact,” Alyza says. “If they want to have more of a global impact, then City Girl is their brand. We want to be seen as a company that is trying to have a greater impact on all levels.”

Patricia Olsen is a business writer based in New Jersey.