The moral of the Harvey Weinstein saga

Family businesses must oust harassers -- no matter who they are. 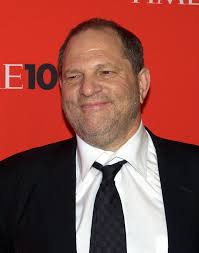 When a family member commits sexual misconduct, other members of the family business must step in no matter how touchy the subject.

Take Harvey Weinstein, whose sexual harassment of actresses, reporters, employees and other women who crossed his path was a poorly kept secret in Hollywood, in New York and around the world. On October 8, Weinstein was finally fired by the board of his movie and TV studio, the Weinstein Co. The firing came three days after the New York Times published a report alleging that Weinstein had harassed actresses Ashley Judd and Rose McGowan, among other women, and prevented many from coming forward through payoffs and non-disclosure agreements.

Weinstein’s misconduct was epic, both in its scope and in its openness (though his company’s board -- made up entirely of men -- cited “new information” as the reason for his firing). In this case, a family member -- Harvey’s brother, Bob -- may have leaked the story to the media, according to the New York Post’s “Page Six” gossip column that quoted an unnamed “insider.”

Unfortunately, Weinstein is not the only family business owner to have committed sexual improprieties, and many other family firms also try to sweep such abuses under the rug.

Weinstein’s scandal reminds me of a family business story that hit the news last July in a region far removed from Hollywood -- Minnesota/St. Paul. According to a report in the Minneapolis Star Tribune, the second-generation CEO and chairman of Twin City Fan Companies, 76-year-old Charles Barry, was ousted by his three adult children for allegedly spending at least $11 million in company funds on his mistress, whom he married 12 days after divorcing the children’s mother (who remained as a director of the company). 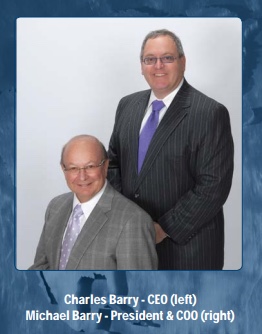 The Star Tribune report said Michael Barry, who succeeded his father after the ouster, had known about his father’s relationship but hid it from his mother for years. The Star Tribune subsequently reported that the IRS has been looking at the company’s books.

In the case of the Weinstein brothers, a sibling feud was reportedly brewing.

Bob and Harvey Weinstein co-founded a predecessor studio, Miramax -- named after their parents, Miriam and Max -- in 1979. They sold Miramax to Disney in 1993 and continued to work there until 2005, when they left after a dispute with Disney and formed the Weinstein Co. (The Weinsteins tried unsuccessfully to buy back Miramax in 2010.)

A Wall Street Journal report published the day of Harvey Weinstein’s firing said that he and his brother “have been feuding for a number of years” and “long had a tense relationship.” The tension may have been caused by the studio’s recent failure to produce big hits, but it seems Harvey’s harassment also played a role.

The turmoil undermined the company’s leadership. The Wall Street Journal reported that three Weinstein Co. board members resigned on October 6 because they “felt blindsided and betrayed by the allegations in the New York Times article.” (A fourth board member resigned October 7.) But if the harassment was known to readers of fan publications, how could it possibly have been unnoticed by the board? Was the board unaware that the company bought women’s silence?

Even in today’s world, where it really does seem like there’s no such thing as bad publicity, the future for the Weinstein Co. appears shaky. The Journal report noted that neither Bob Weinstein, whose profile is much lower than his brother’s, nor Glasser has the level of clout that Harvey had.

The solution to a problem like this can be found in a Management 101 textbook: Have a policy against sexual harassment, and then make sure you enforce it -- even if it’s a family member or a rainmaker executive committing the harassment.

It may be tough to look your brother or your father in the eye and tell him he’s got to go. But consider the disgrace and the expense of ignoring the misconduct.

Update, Oct. 16, 2017: In the wake of the scandal, the Academy of Motion Picture Arts and Sciences voted to expel Harvey Weinstein. Another Weinstein Co. board member resigned October 12. News reports said the Weinstein Co. would likely change its name, and the Wall Street Journal reported that the company was exploring a sale or shutdown. (Bob Weinstein denied the Journal's report.)

The New York Post's "Page Six" column, citing an unnamed source, reported that the feud between the Weinstein brothers escalated after the death of their mother last year. "After their mother died, Bob did not feel like he had to protect Harvey anymore and cover for him," the source told "Page Six."

Update, Oct. 18, 2017: Bob Weinstein is also facing accusations of sexual harassment. Variety reported that a female executive producer of the Weinstein Co. series The Mist, which aired on Spike TV, made repeated unwanted overtures to her for three months, starting in the summer of 2016. According to the report, the woman's lawyer told Weinstein Co. executives that she would leave the show if he didn't stop contacting her about personal matters. Bob Weinstein denied the allegations through a spokesperson.