John W. Eiting, along with three partners, founded the business in 1915 as the Cummings Machine Company in Minster, Ohio. It began as a manufacturer of concrete mixers, mining cars and locomotives. The company 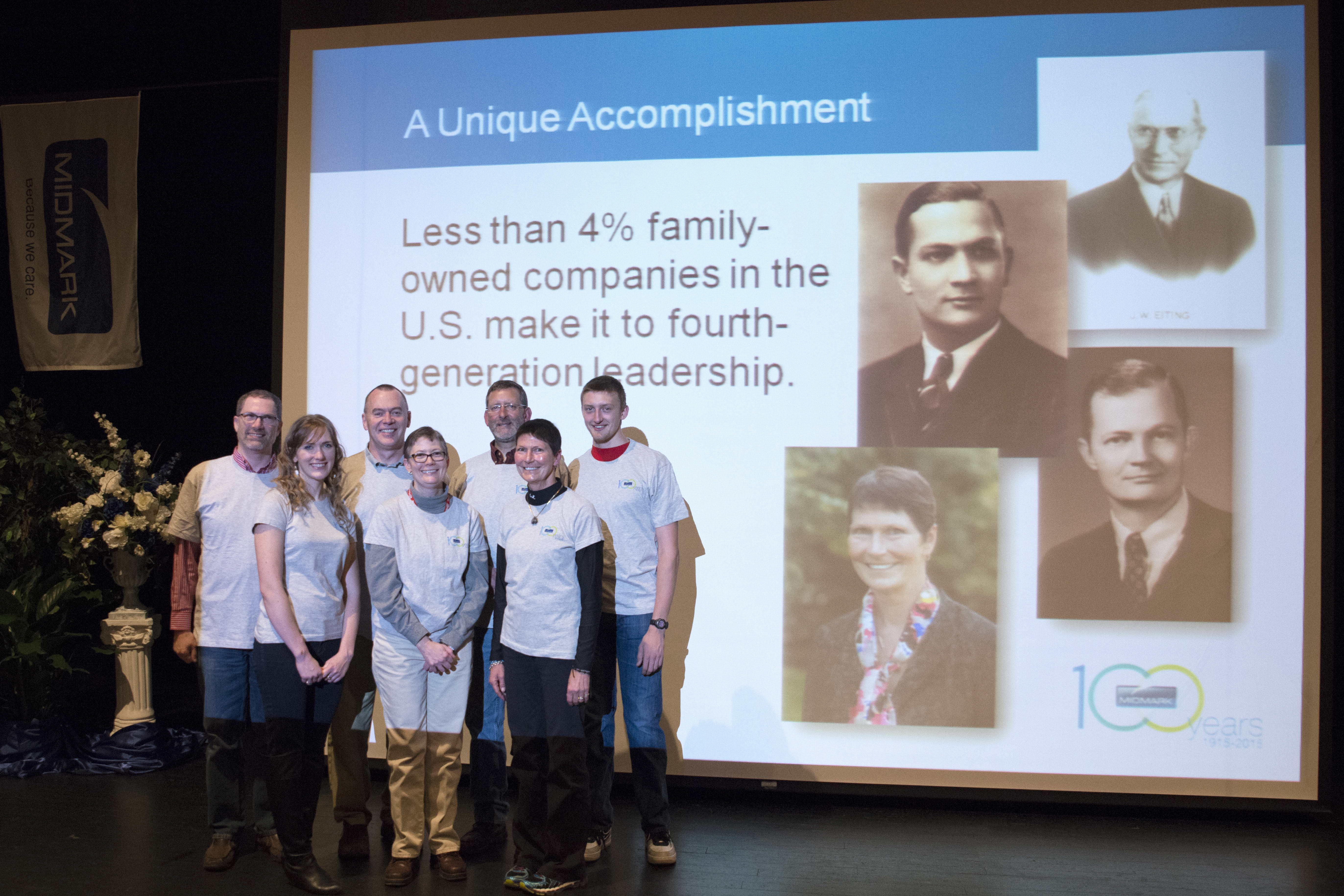 underwent several name changes and entered the medical equipment market via an acquisition in 1967. In 1969, third-generation leader James A. (Jim) Eiting moved the medical division to Versailles, Ohio, and renamed the company Midmark Corporation.

Today Midmark, controlled by the Eiting family, is a global manufacturer and supplier of healthcare products and equipment and diagnostic software. It’s now headquartered in Dayton, Ohio, but maintains production and administrative offices in Versailles, a town of about 2,600 people.

In the late 1990s, fourth-generation member Anne Eiting Klamar was a practicing physician in Urbana, Ohio, about an hour away from Versailles. She had served on Midmark’s board since 1993 and became the company’s part-time medical director in 1998. During this time, the company was confronting some challenges.

A brother of Anne’s who had been expected to succeed their father had left the company; he later passed away. An outside president had been appointed after Jim Eiting retired in 1995, but the non-family executive didn’t meet the company’s needs, and Jim returned to the presidency in 1999. The board told him Midmark might have to be sold.

At a board meeting in 2000, the board asked Anne to leave the room. When she returned, she was informed — to her surprise — that the board had chosen her to be the next president. Although Anne had been involved with the company, she had no other business experience. The board mentored her and helped her grow into the role.

Anne was named CEO in 2003. Under her leadership, Midmark experienced significant growth and international expansion. Anne’s siblings also work at the company: Her brother, Mitch Eiting, is manager of global community relations and president of the Midmark Foundation, and her sister, Polly Grow, works in caseworker customer service.

When Anne decided to step down as CEO, she felt it was essential to find a successor who would perpetuate the family and company values. John Baumann, who had joined Midmark’s board in 2009 and was named board chair in 2013, became CEO in 2016. Anne assumed the role of board chair; she and Baumann switched roles.

While Anne was running the business, family governance was fairly straightforward. Because her siblings worked at the company, they were aware of key business developments, and they trusted Anne as Midmark’s leader.

Two years before Baumann took over as CEO, the Eitings engaged a consultant and began working to strengthen their governance. They formed a G4 family council and developed shared values, mission and vision statements — an effort that was more complex than they expected — as well as a family charter and shareholder agreement. The family also took a governance course together at the Kellogg School.

When Baumann took the reins, he asked the family for answers to questions they hadn’t considered before, such as how much debt they would be comfortable taking on. This required them to delve even more deeply into governance in order to create an Eiting family shareholder group statement of risk.

While the Eiting family holds the largest block of shares in Midmark, there are additional shareholders outside the family. In 2016, Midmark changed from a C corporation to an S corporation. The number of shareholders has been reduced from 144 to 66, and efforts are ongoing to repatriate shares held by non-family members.

The fifth-generation members are being raised to become successful and thoughtful shareholders and stewards of the company, with no expectation that any of them would run the business. An associate director program has been established to teach them about board service.