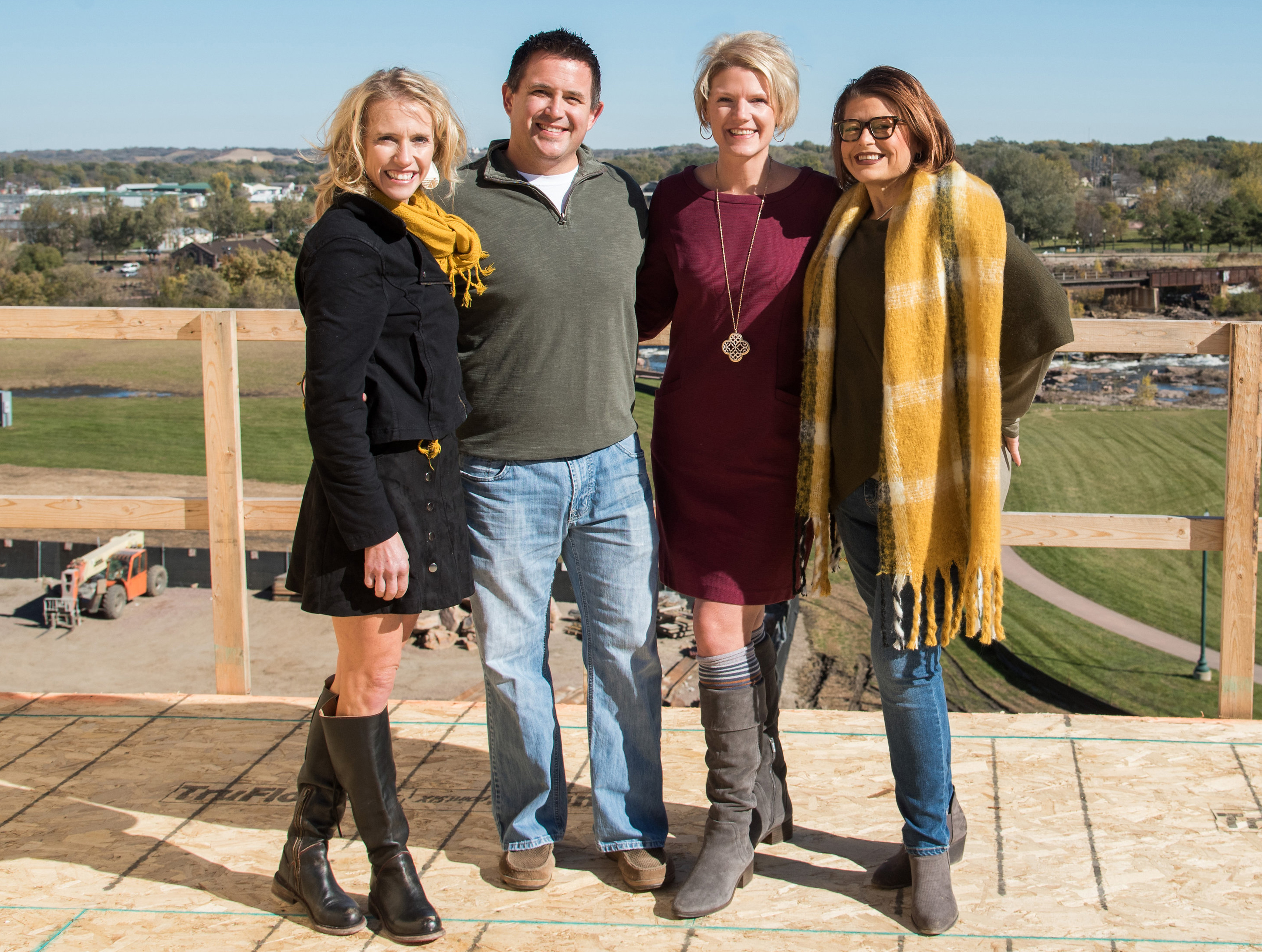 real estate, apartments and hotels. Lloyd Enterprises works for third-party groups and maintains ownership in several of the assets. The growing team of more than 200 employees currently operates in South Dakota and Iowa.

Craig Lloyd worked in Minnesota for a lumberyard owned by his uncle Bob. In 1972, Bob moved Craig to Sioux Falls to manage an apartment complex there. In 1974, Craig started building homes and became a 49% owner in Lloyd Enterprises.

Craig and his wife, Pat, bought out Bob’s stake in Lloyd Enterprises’ South Dakota operations in the 1980s. When Bob died in the 1990s, his children had to sell property to pay taxes. Craig began thinking about what would happen to his business if he died.

Craig and Pat began convening a rudimentary meeting with their three daughters every Christmas. Craig would ask the family how they would handle the business if he were to die suddenly. Around 2001, at the urging of Craig’s daughters, the family separated this conversation from their holiday celebration.

Seven years later, they took additional steps to formalize their family meetings. Chris Thorkelson, Craig and Pat’s nephew, joined the company in 2003 and participated in the family meetings.

Craig and Pat’s daughter Christie Lloyd Ernst moved back to South Dakota to join the family business in 2007. Pat retired, and Christie took over her mother’s role.

Once the family meetings became more formal, the possibilities for succession became clarified. At one meeting, Pat and Craig asked if any of the next-generation members were interested in taking over the family business. Thorkelson was the only one who raised his hand, and Craig began teaching him about different parts of the company.

In 2008, after attending a retreat presented by the Prairie Family Business Association, the family realized they needed to break down Craig’s roles as manager, board member and owner. Roles had to be formalized and successors for those roles had to be trained. Christie took on the full-time role of managing the transition.

In order to progress, the family needed Craig’s commitment. The senior generation’s succession goals had to be identified and documented, and a governance structure had to be created to support those goals.

Craig had feared that a board would slow the company down and would cause it to lose out on real estate deals. Christie surveyed key employees to discuss their concerns about what would happen if Craig passed. The employees’ comments motivated Craig to move forward with governance.

In 2011, the company established an advisory board. Christie led the board selection process and served as the main contact. She sought referrals from community members and interviewed prospects.

Working with a facilitator, the family documented its vision, values and goals for the company and defined roles and responsibilities for the owners, the board and management.

The family also developed a family employment policy and an owners’ manual, which addresses topics such as family conflict resolution and family education.

Thorkelson was named chief operating officer in 2012. In 2015, the Lloyd Companies transformed its advisory board into a board of directors. That year, the company announced the elevation of Thorkelson to president and CEO. Craig serves as chairman.

The owners meet before each board meeting to ensure they are speaking with one voice. Each year they revise their owners’ plan, which guides the board’s work.

The family meets once a year with a facilitator and at other times during the year just as a family.

Mary Lloyd Huber has developed a summer program for the third generation, who range in age from 5 to 12. The third-generation members have toured construction sites and learned about the difference between wants and needs.

In 2019, Christie is working with the oldest grandchild, Ellie, on one of the company’s newest apartment projects. Ellie is assisting with site selection, naming, floor plans and design.