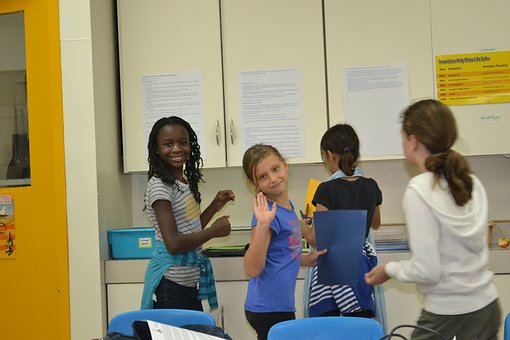 As your children begin the new school year, do they know how to handle classmates’ questions or comments about your family’s wealth?

Jeff Savlov, a family business consultant who’s the founder of Blum & Savlov LLP, offers some suggestions on helping your kids navigate around these social landmines:

• Begin conversations about wants vs. needs when your children are young. Even little kids understand the difference between things they need in order to live (food, water, a house) and things they want but can live without (an iPad, a TV). “Talk about the families that have just enough money to cover their needs, and [explain] that some families in the world don’t even have enough to cover their needs. And some families have extra, and some families have a lot extra,” Savlov suggests. There’s nothing wrong with telling young kids, “We have a lot more extra money than we need, and so we can do things that a lot of people can’t do,” Savlov says. Starting these conversations when your kids are in elementary school will lay a foundation that will help them manage sticky situations that might arise when they are in middle school or high school, he advises.

• Ensure your kids know your family business story from an early age. Tell them how the business got started (e.g., with a single truck), and who in the family worked hard and sacrificed to make the business grow. “One piece of the puzzle is making sure that the kids understand the story of the family’s success, and that it’s put you in a situation where you’re able to do things that maybe other families aren’t able to do,” Savlov says.

• Suggest that your children focus on the family story, not the money, in discussions with their friends. If classmates mention your family’s money, your kids could reframe the discussion to emphasize pride in their parents’ or grandparents’ hard work. They might say, “Nothing was handed to us. Everybody in my family has worked hard.”

• Teach your kids that money must be earned. “I’m a fan of -- at any economic level -- kids earning their allowance or, better yet, earning money through some outside job. And that’s what they have to spend,” Savlov says. “I think it’s never a good thing to give too much to a kid. If kids understand from a young age the value of earning and saving their own money, it’s going to mean something to them, and it’s not going to be so easy to just kind of toss it around.”

• Guide your children in managing their less wealthy friends’ requests for money. In middle school or high school, your children’s friends might ask them to pay the entire bill when they go somewhere together. Savlov suggests that if your kids have jobs, they might say, “I work hard for my own money -- my parents don’t just give me lots of money -- so I think we should each contribute.” Another way to push back, Savlov advises, is to say, “It makes me really uncomfortable that you feel entitled to just ask for my money. I’d like to see us have a mutual relationship, where we both pitch in for whatever we do. And if we’re doing something that’s more than you’re able to afford, let’s find something that we can both afford to do together, or let’s do something that doesn’t cost much money.” He adds, “It’s fine for the kid to express discomfort with the person who’s asking for something that’s theirs, who’s feeling entitled, and then to say that ‘I value our friendship, and I want to be able to do cool stuff together, and let’s just make sure we do things that we can both afford to do.’”

Although some families try to hide their wealth from their kids, “Not talking about it is rarely the way to go,” Savlov says. “Kids are too smart -- especially now, with the Internet.” There’s no need to reveal numbers before your children reach maturity, but being unafraid to speak openly about the topic can help your children handle awkward situations. “In my experience,” Savlov says, “the outcomes are a lot better.”