Scene: In a gilded townhome several floors above New York’s Fifth Avenue, a family toasts its patriarch’s 80th birthday. Rather than bask in the warmth of his family’s love and respect, the patriarch makes an announcement: He intends to remain CEO of his family-controlled media conglomerate for another five or 10 years. The patriarch has made this decision even though he himself — and a Forbes magazine cover story — anointed his second-eldest son as CEO-in-waiting.

Love and respect turn to anger, confusion — and eventual betrayal — as the leader of both family and business suffers a stroke and all manner of multibillion-dollar hijinks rip the corporation from its moorings.

This is a scene from the first episode of Succession, the HBO TV series now in production for a third season. Though the show is fiction, this scene recalls an announcement in 2014 by Sumner Redstone, the 90-year-old CEO of Viacom (now ViacomCBS), that he wasn’t going to die, much less retire. Rupert Murdoch, the 89-year-old executive chairman of News Corporation, also springs to mind.

This scenario is all too real and plays out far too often in family-owned enterprises large and small. Succession does a great — not to mention entertaining — job of highlighting two especially critical components of corporate governance: effective communication and independent boards. All family business owners seeking continuity and growth should watch the show with an eye toward protecting their enterprise from the disasters depicted on the screen.

The characters (…and there are some real characters!)
The family dynamics in Succession are both intriguing and relatable. In almost 35 years of advising family business

owners, I have encountered many of the characters’ personality traits first-hand. For context, let’s take a quick look at Succession’s primary players:

Logan Roy is the goateed patriarch and founder of media and entertainment conglomerate Waystar Royco. Crass and humorless, Logan never pulls punches — which he delivers quite often. His only real love is the company he has built.

Logan has four children, two of whom play prominently in the succession discussion: Kendall Roy, Logan’s second-
eldest son, who displays the business skills to run the empire but is plagued by massive self-doubt and recurring drug use; and Siobhan “Shiv” Roy, the youngest Roy, whose nickname describes her persona — cutting, cold and loyal to no one.

Succession plans and communication
Scene: Seated at the head of a long, formal dining table at his opulent oceanside estate in the Hamptons, Logan Roy initiates a lunchtime discussion among his heirs about a potential outside takeover bid for the company. The bid is forcing Logan to discuss succession. The atmosphere is heavy with tension and distrust as the heirs mordantly express their reluctance to reveal their thoughts in front of their father and each other. Lunch concluded, Logan retreats to his den, where he meets with each heir individually.

We’re privy to only one of the discussions in its entirety, in which Logan appears to offer the CEO position to his daughter, Shiv. She is entirely unqualified but falls in love with the idea and eagerly accepts. Meanwhile, her siblings are left in the dark. And so are we … were promises made to anyone else?

Whether it's a fictional Logan Roy or a real-life Sumner Redstone, succession is often the can that gets kicked down the road.

People naturally hesitate to talk about succession because it means addressing unpleasant subjects, including incapacitation and death. The topic triggers sensitive questions about who is most qualified, who is most deserving and “what’s fair.” These discussions often become emotional and spark resentment, splitting family members into factions resembling a competition in which — to borrow from CBS’s Survivor — someone is inevitably voted off the island.

A solution to this dilemma is to: (1) craft a succession plan with full participation from the board of directors, and (2) communicate that succession plan early and often to all key stakeholders — the senior management and appropriate family members.

Succession planning is a critical directive for a business if it is to endure for the benefit of all family members, regardless of their involvement in it. As such, a viable plan places the needs of the entity — not family members — first.

Succession planning is a process, involving more than simply the drafting of a document or flow chart. The process should define the desired outcome, steps to get there and how those steps will be achieved. A proper planning process contemplates management as well as ownership succession and considers any necessary changes to the company’s capitalization.

The process begins with a CEO job description, which many family-owned businesses fail to develop. After all, the founder or owner is often synonymous with the company. Still, companies and markets are dynamic, and certain definable qualities must be identified. The job description should outline the experience, skills, authority, behaviors and temperament the person in that role is required to have, regardless of its current occupant. Cultural fit is critical.
Additional management succession plan components include, but are not limited to:

• A likely time frame for succession — planned retirement age and transition period.
• Transition responsibilities for both outgoing and incoming leaders.
• Evaluation of potential internal candidates, including heirs and non-family senior managers.
• Training and integration requirements, and plans for high-potential candidates.
• Processes and objectives for developing next-level-down managers, as well as family members in subsequent ­generations.

The plan should be formally reviewed and updated annually as a board meeting agenda item. The review ensures that the plan is on track and that communication — both formal (board meeting minutes) and inform 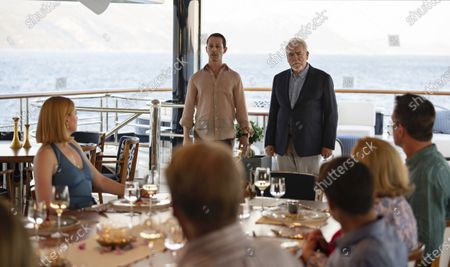 al (discussions with board members, management and heirs) — is taking place on a no-surprises basis. Unlike the Roy family, everyone should know where they stand, why and  (if appropriate) what they need to do to succeed.

An uncomfortable truth is that family members may not possess some of the critical experience and qualities the job requires. This is not to say that management cannot eventually continue in the family. In some very successful cases, I have seen a non-family CEO  groom the heir apparent.

It’s hard for a powerful and seemingly infallible founder to envision his demise. But this inevitability must be addressed because carrying the CEO out of the building horizontally is not a viable plan. Indeed, it’s not an overstatement to say that a board’s most important function is succession planning.

Corporate governance
Scene 1: In front of an orange, waning sun on the rooftop of Waystar Royco’s lower Manhattan offices, Gerri informs Kendall, who has been appointed interim CEO in the wake of his father’s stroke, that the company has quietly amassed billions of dollars in debt. Gerri says the company will soon be unable to service the debt without a substantial capital infusion.

Shortly thereafter, Kendall agrees to a 30% venture capital investment to solve the financial crisis. After he awakens from his coma Logan mercilessly curses his son.

Scene 2: Waystar Royco is publicly accused of covering up multiple acts of sexual misconduct by former employees in its cruise ship subsidiary. Shiv’s husband, Tom, responds by directing his assistant, Cousin Greg (who is not as scatterbrained as he appears) to destroy all documentation related to the issue. Greg signs out the documents from the company archives and destroys them in a Thanksgiving Day shred-fest.

For those of us who work regularly with family businesses, Succession is a mind-boggling assortment of abhorrent business practices. The sheer number of governance missteps is part of what gives the show its satirical appeal.
Because governance is so important to every company, it’s interesting to see that in real life, much like at Waystar Royco, so few companies have truly independent boards. Even when they do, the board is often absent when it comes to addressing business-critical issues because such discussions often draw fire from the founder.

How is it possible that a company could amass such enormous debt unbeknownst to most executives, family stakeholders and board members? How could the board not be engaged when a company is subject to high-profile sexual abuse accusations and lawsuits, its reputation in peril?

It’s indeed possible in the absence of an independent board, or if the CEO has populated the board with country club buddies and “yes men.” This, again, is where Succession mimics real life. I see it far too often. CEOs need people to tell them the hard truths, without fear for their jobs or disruption of family harmony for doing so.

So why do so many CEOs of privately held companies resist installing independent boards? I’ve found they fear it will lead to a loss of control. Yet, good CEOs thrive on being challenged; it pushes them to improve.

I often tell CEOs that while a board is a management resource, board members are not responsible for answering management’s questions. Instead, to operate at maximum effectiveness, board members should question many of management’s answers. CEOs who resist challenging input are waving a large red flag.

The outsized influence of family and passive shareholders
Families typically grow faster than companies. This truism gives rise to many issues. For one, passive shareholders of more mature companies often become accustomed to fat dividend checks. When family members active in managing the company choose to grow the business and divert earnings to reinvestment, enormous friction often spills over into the family dynamic.

The non-management shareholder is often blind to the pressing needs for investment. At the same time, active shareholders don’t want to be forced into borrowing or equity dilution to fund growth opportunities. Having liquidity mechanisms in place for inactive shareholders who want out can be helpful when such conflicts arise.

It’s hard for one family member to tell another “no.” Strong, independent directors can help blunt the effect of personal interests that weigh heavily — sometimes catastrophically — on family-owned businesses.

With two successful seasons “in the can,” as they say in Hollywood, Logan Roy is unlikely to heed my advice, populate his board with independent directors and develop a succession plan. After all, sound business practices rarely make for good TV.

But your story can be different. Rather than distract from your work, these practices will strengthen your business and facilitate a smoother transition when the time comes — and it will.

If you need more convincing, tune in to Season 3 of Succession. If nothing else, you’ll be highly entertained — and you’ll get some good tips on how not to run a family business.

Brad Bulkley is the president and founder of Dallas-based Bulkley Capital, which helps middle- market business owners and management teams nationwide sell their companies, make acquisitions and raise capital (www.bulkleycapital.com). He has more than 20 years of experience as an independent director of middle-market and family-owned companies and is a Board Leadership Fellow of the National Association of Corporate Directors.

Business Transitions: Succession to the Next Generation
Raising Kids with Wealth
A Connected Leadership Model for Family Business