The fourth-generation real estate business, based in Charleston, S.C., has survived tough times with the help of its independent board.

During the credit crisis of the last decade, John C.L. Darby, like many real estate developers, had his share of sit-downs with jittery lenders.

But while other developers recount stories of painful reckonings with bankers during the worst housing downturn since the Great Depression, Darby, 55, noticed lenders seemed to breathe a bit easier when he told them how his family business is governed. “You could see their facial expressions change,” Darby says. 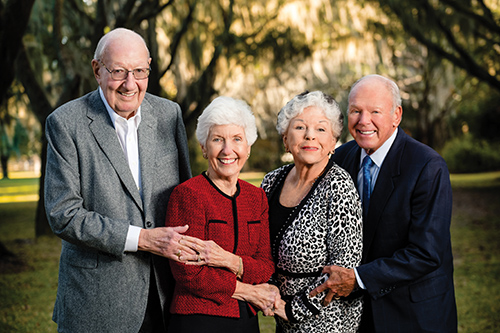 The Beach Company of Charleston, S.C., founded in 1945, today is run by a seven-member board of directors. Only two seats are held by family members. The other five are held by outside directors with real estate expertise. The chairman and CEO positions are separate: Darby serves as CEO while his uncle, Charles S. Way Jr., 79, is chairman.

Darby believes the creation of an independent board in the late 1990s was one key reason the company survived the Great Recession from late 2007 to June 2009.

“The bankers clearly appreciated the fact that the company was not just the family piggy bank,” says CFO J. Darryl Reyna, 66, who has been with the organization since 1994. “They could see it was a professional business.”

Having weathered the recession, the fourth-generation real estate business is “a helluva lot stronger” today, Way says. With approximately $1 billion in assets — including office, retail, industrial, multifamily and marina properties — The Beach Co. was 33rd in the 2016 edition of “The South Carolina 100,” Grant Thornton’s annual ranking of the state’s largest private companies. According to Grant Thornton’s list, the company generated between $100 million and $999 million in revenues

Forty-nine Darby and Way family members own the company, which employs about 300. But only six family members from three generations have jobs in the business.

“The chairman and CEO should give themselves a pat on the back. These are best practices,” says Justin Craig, professor of family enterprise at Northwestern University’s Kellogg School of Management.

When it comes to its core business of real estate, The Beach Co. is “pretty strategic in its thinking,” says Elaine Worzala, a professor of real estate at College of Charleston School of Business.

“They look forward and try to understand what the consumer wants,” she says. “They’re associated with staying on top of industry trends and trying to stay flexible to meet the market.”

A strong foundation
Darby says his parents’ generation (known as the G2s) is “part of the secret” to The Beach Co.’s success.

“The G2s worked hard at making sure the younger generations know the history, the purpose, the good times, the tough times,” Darby says. “If they weren’t so good at that, we’d be having a different conversation today.” 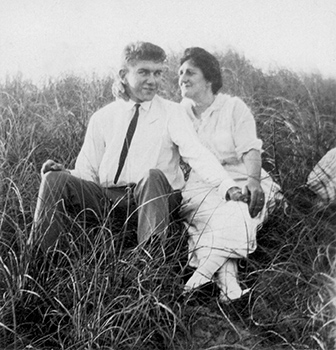 The company founder is a legend in South Carolina Lowcountry. John Charles (“J.C.”) Long, born in 1903, was known as an intrepid entrepreneur. He was not only a noted personal injury lawyer, but also a public servant and businessman.

When he married Alberta Sottile in 1933, Long joined a prominent Charleston entrepreneurial clan. The couple had two daughters, Joyce and Mary Ellen.

Mary Ellen Way, 79, describes her mother as having a “very, very astute” head for business. Alberta Long had worked with her father, Albert Sottile, a Charleston theater builder and owner.

Grandchild Anne Darby Parker, 57, says of J.C. and Alberta, “They were a team.”

A turning point for the family came in 1945, when Long bought 1,300 acres on the Isle of Palms — most of the island —for $97,500. The Beach Co. was formed to make the purchase. Long’s vision was to build affordable homes for returning veterans. A one-bath model cost $11,750. Isle of Palms became a Charleston bedroom community as well as a vacation spot, according to the City of Isle of Palms website.

Mary Ellen Way says Isle of Palms was often discussed at the dining table. “I ate every meal with it growing up,” she says.

But Way says she and her sister, who spent nearly every summer on the island, “didn’t have any idea Daddy owned Isle of Palms.”

Sandy Ferencz, who serves on the Isle of Palms City Council, says the family is considered a Lowcountry dynasty that’s had an impact on Charleston’s landscape, politics and philanthropy. Other early Beach projects included suburban Charleston neighborhoods and downtown high-rise apartments.

“In my mind, they still maintain this attitude that this is their home,” Ferencz says.

Long’s son-in-law Charles Way, an attorney married to Mary Ellen, joined The Beach Co. in 1975. Over the years, Way transformed the company into a full-service real estate firm. Long died in 1984. 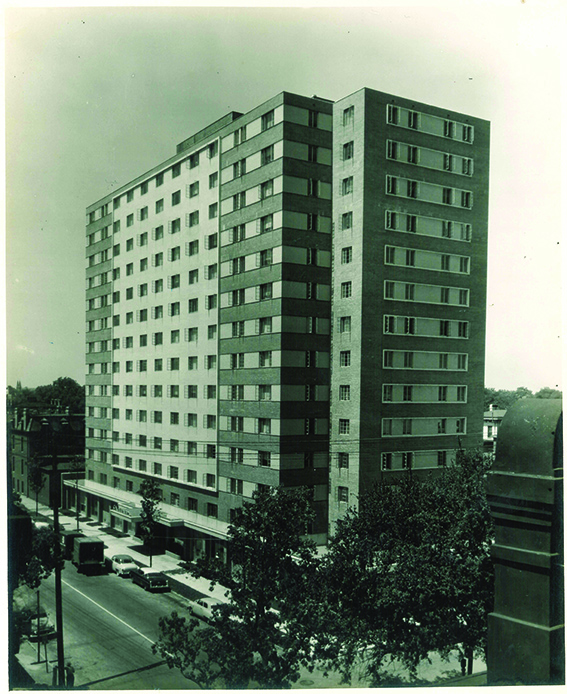 Long’s other daughter, Joyce, married Dr. Charles Darby Jr., a prominent pediatrician. The sisters, who each had five children, are very close — and that strong tie has been key to the continued success of the company, John Darby says. Many family members live near each other in Mount Pleasant on property Long bought in the 1950s.

“It’s like a family compound. The family cemetery is there,” Darby says.

In 1988, Way embarked on another marquee project when he led a group that bought the Kiawah Island development from the royal family of Kuwait for $105 million. The Beach Co. was the lead developer. The following year, Way asked Darby to join the company.

“I knew I wasn’t going to live forever. I better start grooming someone to take over,” Way says.

Darby, who had worked in banking, joined the company in 1990 and became CEO two years later.

“I didn’t appreciate it so much when I was younger, but my uncle worked his tail off to make me successful. It came from his heart; he wasn’t acting,” Darby says. “Now, I really appreciate what my uncle did.”

Darby says he recognizes that not all family business leaders are supportive in training their successors as his uncle was. “This is how family businesses break down,” he says.

The patriarch also did his part to convey the idea the business was a family legacy. When Long’s granddaughter Anne Parker became old enough to own company stock, Long treated it as a rite of passage, she says.

“He made me realize this was an important role,” says Parker, an artist who did a stint on the Beach board.

Avoiding family feuds
Not that there hasn’t been disagreement among Long’s extended family.

John Darby’s brother, Charles P. (“Buddy”) Darby III, made headlines in 2012 when he was sued by the descendants of J.C. Long’s brother over a portfolio of real estate entities with luxe holdings, including property on Kiawah Island and St. Kitts island in the Caribbean. The various entities did business as Kiawah Partners; Buddy Darby was chairman and CEO.

The Beach Co., which divested all its interest in Kiawah Island development in 1997, had no involvement in the lawsuit.

The suit alleged Buddy Darby attempted to “freeze out” the Long family members who were minority owners in Kiawah Partners’ entities. The plaintiffs, including J.C. Long’s great-nephew, Leonard Long, alleged there was no board to oversee Buddy Darby and he “refused to follow any basic governance methods.”

In 2012, Buddy Darby told the Post and Courier in Charleston: “It is a good thing my grandfather, J.C. Long, is not still around. He would be extremely disappointed in his grand-nephew Leonard’s action.” The case was settled and the business sold.

John Darby declines to discuss the case, calling it “painful.”

Presciently, The Beach Co. had put in the kind of strong governance methods that help family businesses avoid such feuds, says the Kellogg School’s Craig.

As families grow, it’s inevitable that members will have differing opinions about the purpose of the family business, Craig says. For some, disbursements are a priority, while others view the operation as a legacy asset. “The extreme diversity of viewpoints needs to be corralled,” Craig says. Outside directors perform that function, bringing independent thought and accountability, Craig says. 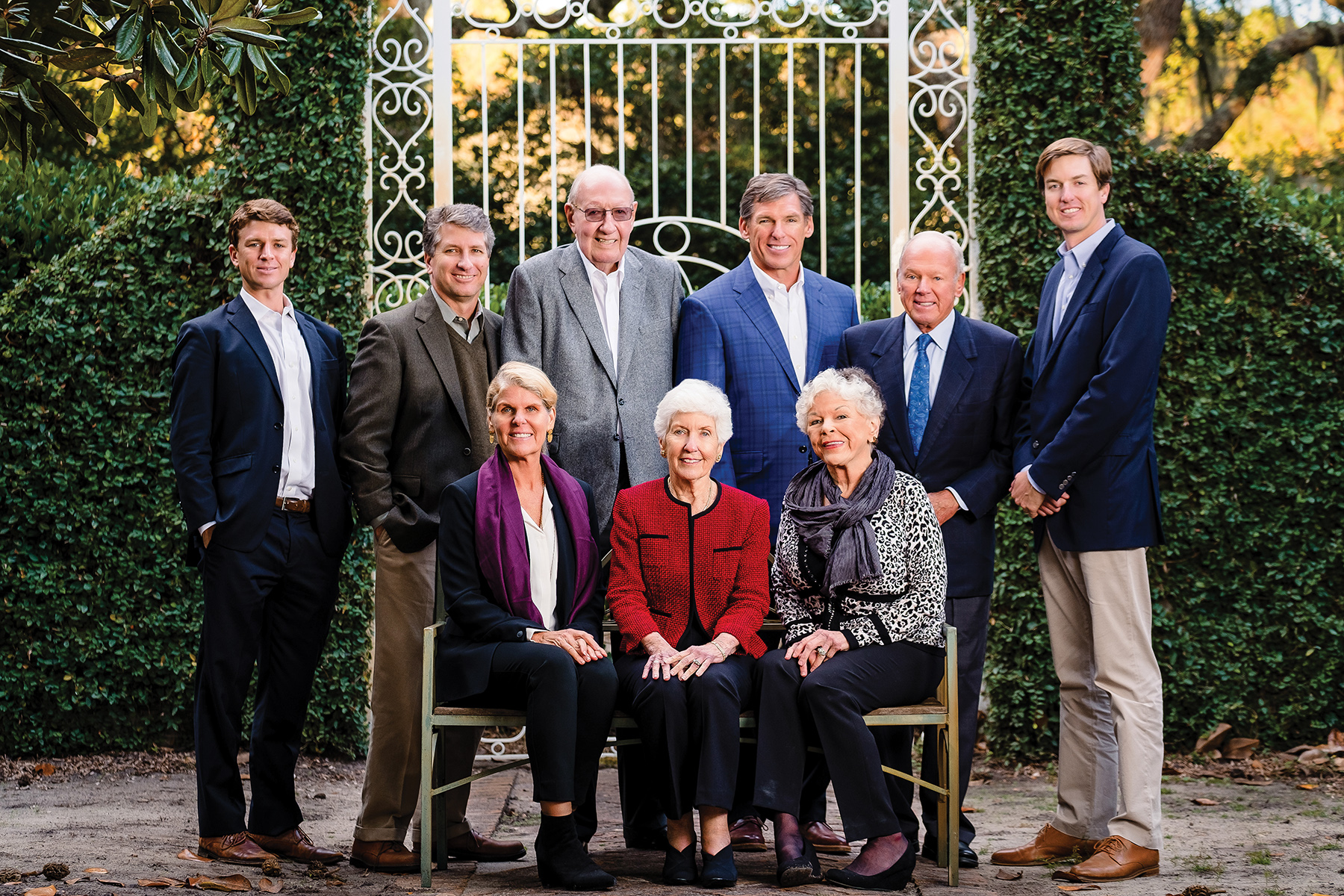 “These are smart people. They are very strategic in their thinking,” he says.

“I have learned the ability to set aside emotions when making a big decision is critical to the success of a company,” Taylor says.

Striving for good governance
Despite the advantages of an independent board, it can be difficult to put one in place because family members must relinquish some control, Taylor says.

Darby says his family was ready for it. Having served as directors, family members understood the complexity of the business and the need for “the best-quality board members that we can find,” he says.

Mary Ellen Way says the family worked with an outside adviser in the 1990s and found it “a very, very positive experience” because it helped solidify the long-term goals of the family and company.

The board, which meets four times a year, has “full authority for the direction of the company,” Darby notes. Directors take their fiduciary duties seriously, and there are “very healthy debates on matters presented at the board table,” Taylor says.

“Good independent boards don’t always agree with management,” Taylor says. “If they do, it’s an indication management has recruited them to be ‘yes men.’ ”

The Beach Co. must greenlight all projects over a certain size, and management must demonstrate why the projects are viable. Directors approve the annual budget, strategic plan, distributions to shareholders and any employee benefit plans, among other things.

Total annual board compensation is about $150,000.

To keep the family informed, the board sends a letter to shareholders after meetings. One of the directors serves as a liaison with the family, allowing questions or concerns to be raised anonymously.

The annual meeting, held on a February weekend, brings out the family in force.

Looking ahead
Today, the company is developing a five-year strategic plan without an outside adviser. One of the board members chairs the strategic planning process, acting as a facilitator at the board level.

“Everyone in the company is involved,” Darby says.

To ensure ownership succession, every family member has done some estate planning. Company bylaws limit share ownership to lineal descendants. For leadership continuity, a management succession plan is under way.

No family member is guaranteed a job. There must be a legitimate opening, and the applicant must be qualified and have outside experience. The board approves family members in any management position.

“You have to bring value,” says Will Freeman, 32, a G4 at the company’s residential sales business. Freeman is Way’s grandson.
Darby sees the fourth generation as crucial to the future success of the company.

“They’re millennials, so they think a little differently. I don’t like going into a meeting without them now,” Darby says. “We talk openly about how they re-energized the company.

Going forward, he says, “They’ll be fun to watch.”