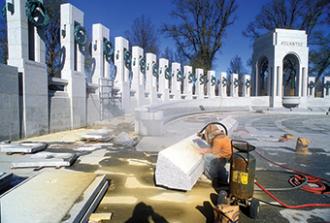 In early 2019, the leaders of Gilbane Inc., a construction and real estate development firm based in Providence, R.I., held a brainstorming session. “We had virtually doubled the size of the company in five or six years,” says Michael McKelvy, president and CEO of Gilbane Building Co.

“It seemed naïve to just think that would continue. We decided to come up with all the ways the external world could stop our growth. What would we do to minimize the downturn?” They discussed how they would handle a catastrophic event such as the 2008 financial crisis or 9/11. They did not anticipate a global pandemic. But when COVID-19 hit and construction was limited in a number of Gilbane’s markets, “we actually had a playbook already in place on what we were going to do to mitigate the issues,” explains McKelvy, who has been with the company almost seven years and is its first nonfamily CEO.

The company, one of the oldest continuously operating family-owned businesses in the United States, is celebrating 150 years in business. Gilbane survived the Great Depression and two world wars. It has built sites such as the Vietnam Veterans Memorial in Washington, D.C., and the Lake Placid Olympic Center in Lake Placid, N.Y. (In Lake Placid, Gilbane is currently renovating the facilities it originally built, including the arena where the famous “Miracle on Ice” hockey game was played.) Today, the company has about 3,000 employees in more than 45 offices worldwide. Gilbane Inc. is a holding company for Gilbane Building Co., the construction side of the business, and Gilbane Development Co., the real estate and development side of the business. In 2020, Gilbane’s revenue reached an all-time high of $6.5 billion despite the pandemic.

Among the reasons for Gilbane’s longevity:

• Commitment to family governance. The family has been involved in the business for six generations.

• Innovation. Gilbane uses technology to help its customers and employees, and to make its work both safer and more efficient.

• Adaptability. The company continually examines global political and business shifts to see what types of buildings will be needed.

The Gilbane family, with their young son, William, escaped the Great Hunger in Ireland and arrived in Rhode Island in 1845. In 1870, William Gilbane started working as a carpenter and builder. His brother joined him in 1871. They built hospitals, churches, schools, public buildings and homes around the area – “Built by Gilbane” became a selling point for local homes — including the president’s house at Brown University. The company leadership was passed to the second generation and then, during the Great Depression and on the eve of World War II, to the third generation: brothers William J. Gilbane and Thomas F. Gilbane.

A big break came in 1940, when the company got a contract to build housing for the U.S. Navy in Newport, R.I., and soon after for massive supply depots in Quonset Point, R.I. “Their work for the Navy was instrumental for the future success of the company,” says Thomas F. Gilbane Jr., 73, a member of the fourth generation who is chairman and chief executive officer of Gilbane Inc. and chairman of Gilbane Building Co. The brothers were “passionate about the same things: family and religion, the Boy Scouts, and their business.”

In the late 1960s and early 1970s, six members of the fourth generation joined the business, including two sons of Virginia Choquette, the sister of William J. and Thomas F. Gilbane. The addition of this branch of the family in the fourth generation provided “a fresh perspective,” says Paul Choquette III, 46, a member of the fifth generation who is executive vice president of the Gilbane Building Co. The company expanded, opening offices in Washington, D.C., Cleveland, and Chicago, while continuing to take on high-profile projects. In 1976, Gilbane completed the Smithsonian National Air and Space Museum in Washington, D.C., on time and under budget.

As the enterprise grew, both its business model and its governance became more sophisticated. Under the leadership of Robert Gilbane, the company created a real estate development subsidiary in the 1970s that worked on projects such as joint ventures and affordable housing developments. In 1998, Gilbane Inc. was formed, with the building company and the development company as subsidiaries. The company’s governance also evolved.

Both family and nonfamily members who work with Gilbane cite the company’s values —referred to by McKelvy as the “secret sauce” — as key to its longevity. “The company cares more about doing things right and making a difference than about squeezing out every dollar,” notes Choquette. Caring, one of the core values, includes Gilbane’s commitment to safety, sustainability, and inclusion and diversity. Gilbane worked with other construction firms to start the annual Construction Safety Week.

In 2015, Gilbane completed the 385-acre ExxonMobil campus in Houston, the largest project in Gilbane’s history, with over 29 million total hours worked and only two lost-time injuries. The importance of caring extends to Gilbane’s customers. For example, GRS Disaster Response, a division that works on natural disasters, was asked to repair gas lines and appliances in the Merrimack Valley in Massachusetts in 2018 after excessive pressure in the natural gas lines. It happened during cold weather, and thousands of homes had no heat. “We started retrofitting as fast as we could,” McKelvy says. “Our people took it personally – they wouldn’t even take a day off.”

The pandemic response illustrated GIlbane’s care for employees, focusing on flexibility for workers. “The challenge for us was to figure out what people needed and respond in a way consistent with our culture and values – but that also allowed the business to keep going,” says Brennan Gilbane Koch, 42, a member of the fifth generation and director of client relations and strategy for Gilbane Building Co.

Despite fond memories of playing with the typewriter in his dad’s office on Saturdays when he was growing up, Choquette did not expect to work at Gilbane. “Because I did not study engineering, that drove a lot of assumptions about my career,” he says. Instead, he worked in sports television production and in sales for an internet company in the dot-com era before being recruited to the family business as a management trainee. One goal of Gilbane’s family council, established in 2005, is to make sure younger family members understand the nature of the business and the breadth of opportunities at the company.

An event for teenage and young adult family members, for example, will showcase communications and marketing, technology, operations and the development company. (Family members are required to work outside the company for three years before joining Gilbane.) The group holds a family assembly every three years and other family meetings a few times a year. Nearly 200 family members attended the most recent family assembly, in 2019. The establishment of the council “brought many cousins into the discussion around family stewardship, pride, transparency, and relationship building,” says Choquette, who was one of the initial members.

Gilbane has worked to incorporate the latest technology into its business and is a leader in virtual design and construction, or VDC. VDC technology allows customers and employees to virtually walk through a building before it is constructed, peeling away layers to see the mechanical, electrical and structural details behind each wall. The technology also makes the work go more smoothly. “We’re able to walk the hallways of a project and see conflicts before they happen,” says John Anderson III, 33, a member of the sixth generation who is a senior project manager in the New York office of the Gilbane Building Co. “It saves money and time.” Gilbane also uses a safety device that notifies a work site’s construction trailer if a worker falls or is immobile for a time, McKelvy says. When the COVID-19 pandemic began, the company worked with the device’s manufacturer to modify it for the pandemic. It now warns workers if they get within six feet of someone else, and it tracks where workers go on the job site. This allows the company to know, if a worker tests positive for COVID-19, which other workers need to quarantine. “As our industry becomes safer and uses more technology, it’s becoming more attractive to rising talent,” says Thomas F. Gilbane Jr.

One key to Gilbane’s success over the years has been tracking changes in the market and adapting to them. One example: affordable housing. “Historically in New York City, the market was building a lot of high-end apartment buildings,” Koch says. “With the shift to a need for really affordable and market-rate apartments, we’ve been able to pivot, providing different types of housing based on what the city needs.”

Adaptability was crucial during the COVID-19 pandemic as well. The executive team and members of Gilbane’s board began discussing the looming pandemic in early February 2020. “Knowledge of the virus was just beginning to emerge,” says J. Bonnie Newman, a nonfamily director who has served on GIlbane’s board for about 10 years. “As I recall the conversation, it focused on the safety of people. But we also in that meeting acknowledged that if our worst fears came true – and not only did they come true, but they were exceeded – there would inevitably be the potential for financial consequences.”

Although some projects were delayed or canceled, others continued or even emerged because of the pandemic. For example, demand for food and beverages continued during the pandemic, so Gilbane’s diversification into the industrial market paid off. And demand for pharmaceutical manufacturing – another area in which Gilbane has expertise – soared. Gilbane also worked with the Army Corps of Engineers and state and local governments on building emergency hospitals. “I think we survived 2020 pretty well,” McKelvy says. “We were impacted, but a lot of our markets were markets that continued to be invested in and where construction was able to continue.”

LOOKING TO THE FUTURE

Thomas F. Gilbane Jr. says his ancestors’ entrepreneurial spirit is reflected in the way today’s employees rise to challenges from construction problems to a global pandemic. “I jokingly say, ‘Something goes wrong on every project every day,’ and I think employees relish those opportunities,” notes Thomas F. Gilbane Jr. “You really learn what people are made of when times are challenging.”

Gilbane has typically pursued a variety of avenues for growth: branching out geographically, for example, or going deeper into industry sectors with growth potential, such as healthcare, life science, K-12 and higher education, and food and beverage. As the company looks past the pandemic, new questions arise: Will companies want larger offices so employees can work farther apart? Will they rely increasingly on remote workers and need less office space? Will having a home office in residential construction go from being a luxury to a necessity?

Gilbane is also looking at the future of its workforce and has been working collaboratively with other construction firms on promoting inclusion and diversity across the industry. “We know the best people come from a variety of backgrounds,” says Dan Gilbane, 45, a member of the fifth generation who is executive vice president and director of strategic initiatives for the Gilbane Building Co.

“Growing up, I always walked in the door and saw my grandfather’s name on the wall,” says Thomas F. Gilbane Jr.

“Nowadays, being in a leadership role, I’m more inclined to think about that as something that represents future generations. How do I leverage the fantastic job that the generations that came before us have done and foster it for future generations?”