In late February, Juan Corzo III started seeing social media memes about how consumers were stocking up on toilet

paper and paper towels as they prepared to shelter in place during the coronavirus crisis.

The memes weren’t just a quick laugh for him. As the vice president of South Florida Tissue Paper, his family’s firm, he wondered if the trend might lead to an increase in orders.

For a few weeks, however, business went on as usual. Then, on the morning of March 13, Juan III’s assistant called to let him know they were seeing unusual order volume. The firm typically received three large orders per day. On that morning, the orders were coming in every few minutes.

“I thought ‘It’s happening!” says Juan III. “The memes were true. But then all the orders came in at once.”

From mid-March to mid-April, sales swelled 550%. The Miami Gardens, Fla.-based company moved quickly to capitalize on the opportunity. Shifts were expanded from two to three per day, work weeks were increased from five to seven days, and more than 15 new employees came aboard. Juan III went from 11-hour typical days to working 16 or more hours at the factory.

When states and municipalities imposed stay-at-home orders to slow the spread of the coronavirus, American consumers fixated on making sure they had everything they needed — and they were convinced they needed a lot of toilet paper.

Nationwide, consumer sales of toilet paper surged year-over-year 732% on March 12, according to NCSolutions, a marketing and advertising firm specializing in consumer packaged goods. By March 29, sales had fallen 33% year-over-year, not because demand had dripped but because there was no longer enough toilet paper on the shelves for consumers to buy. On March 29, 70% of supermarkets were out of toilet paper at some point in the day, and even by April 18, nearly half were.

“It’s been physically and mentally overwhelming for me and my staff,” Juan III says, adding that he’s grateful to be able to continue working during the pandemic and to manufacture a product that’s in such high demand.

The company has had to change the way it does business quickly and dramatically. South Florida Tissue Paper has always prided itself on completing orders within seven to 10 days. Since coronavirus, that timeline has exte 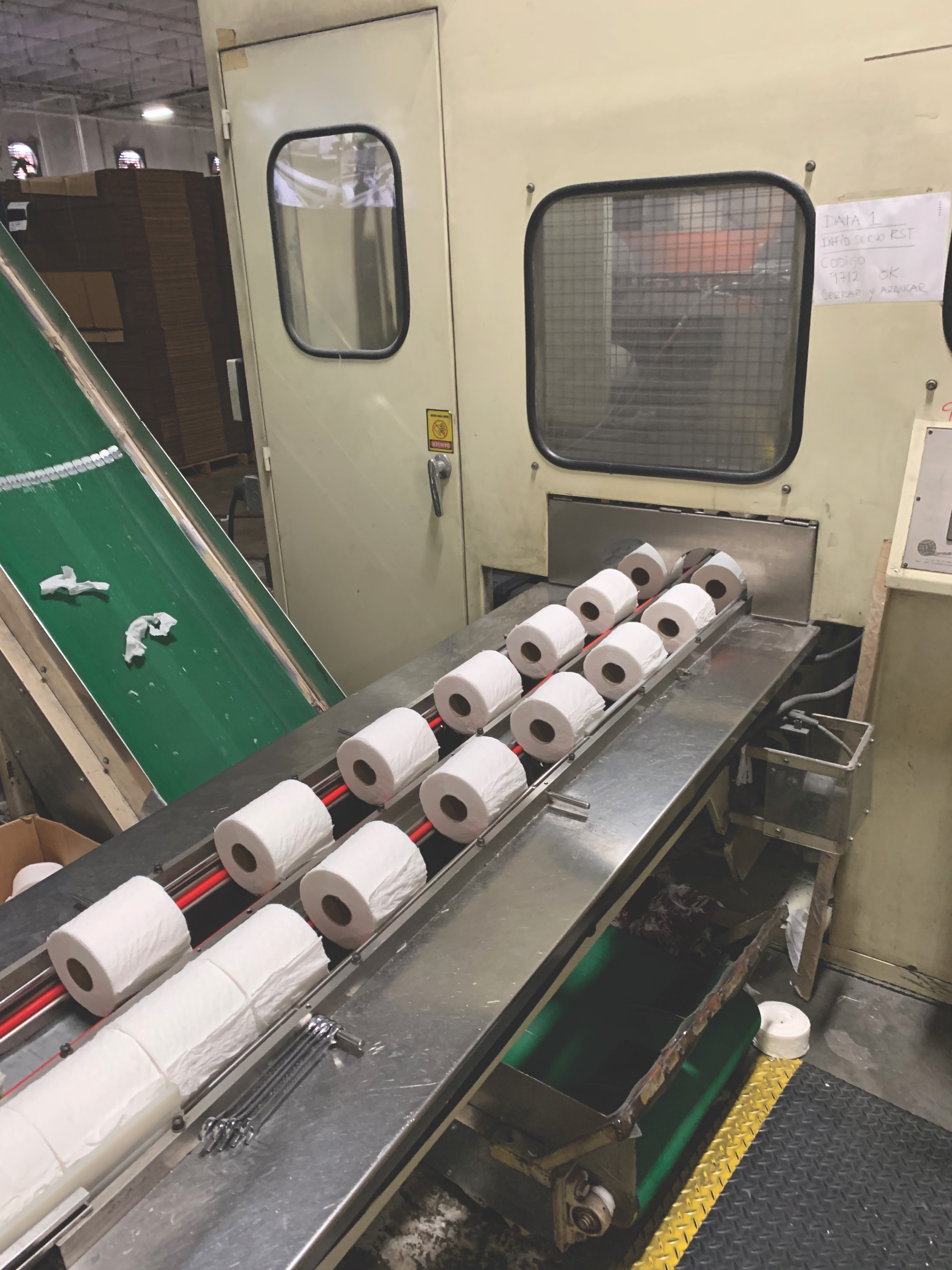 nded to two months or more.

“We still have a big pile of orders printed out with production pending,” Juan III says.

Juan III communicates with many of his clients via video call now, and he’s texting with them more than ever before.

Putting safety first
The most dramatic changes have taken place on the production floor. The Corzos have also implemented strict safety procedures in order to keep employees safe during the coronavirus crisis. They required everyone inside the factory to wear masks, moved work stations to be 6 feet apart and closed breakrooms to prevent people from congregating. They’ve also upgraded soap and paper towel dispensers to be automated rather than hand-operated, replaced all door handles with foot handles and are disinfecting the entire facility about once an hour.

“We are investing a lot of money and extra hours to make things happen during coronavirus,” says Juan Corzo II, 58, the company’s CEO and founder. “But it has been a blessing to serve our community.”

A fortuitous move
South Florida Tissue Paper moved in 2015 from a 40,000-square-foot facility to a 100,000-square- foot plant, increased capacity from three to seven lines (at press time, plans to add one more line were in the works) and introduced more automation to the production process.

Juan III had first approached his father about moving to the new facility the previous year as sales started to really take off.

“I didn’t want to move at first because it was going to be hard,” says Juan II. “But [Juan III] was looking at the company and knew it would be difficult to really grow in that space. That ended up being the boom for us. It completely changed our company.”

Both Corzos agree that the company could never have met the coronavirus demand boom if they hadn’t moved to the larger facility and upgraded their equipment.

Company roots
While Juan III represents the second generation to work at South Florida Tissue Paper, the Corzo family’s roots in the 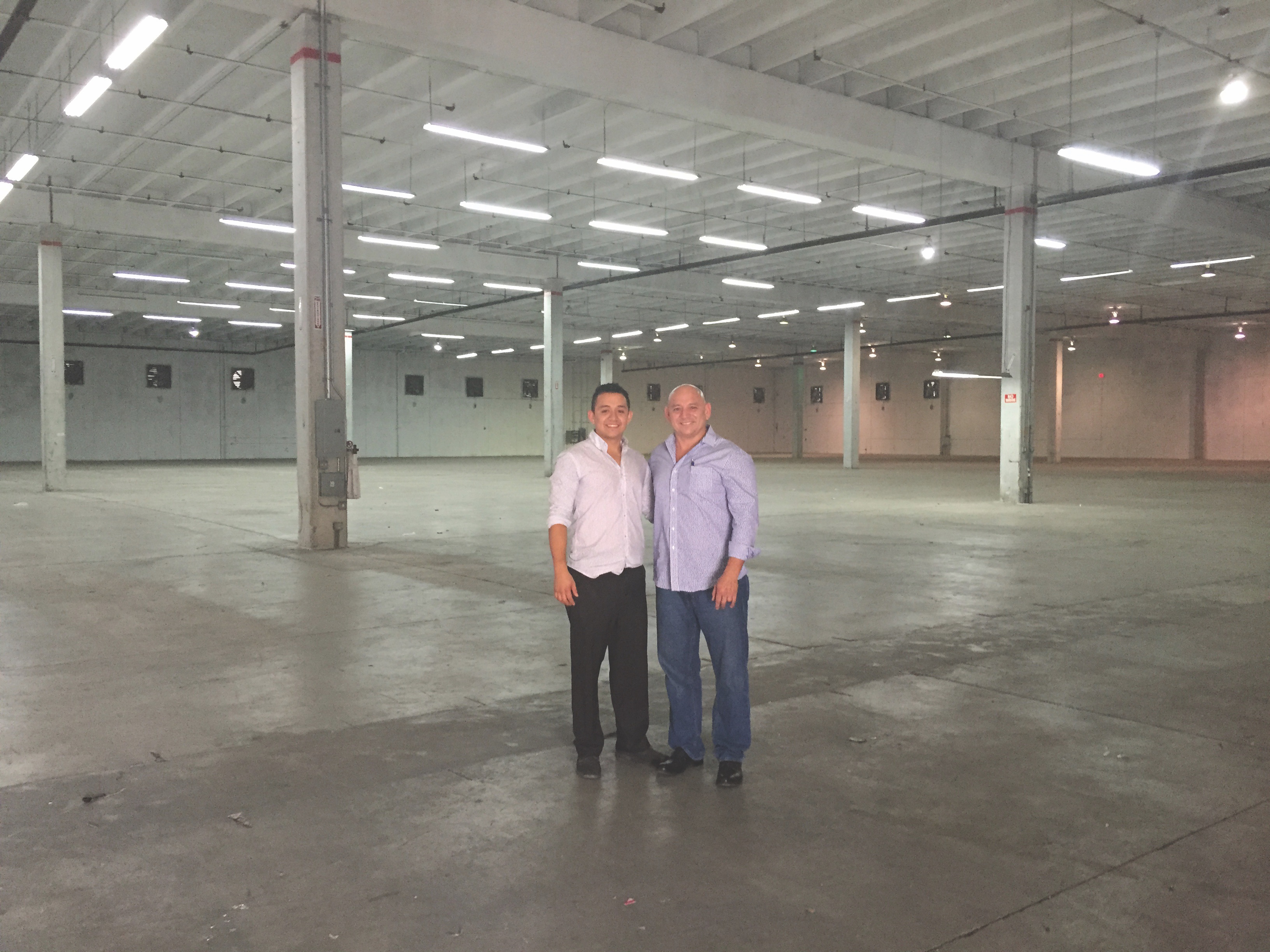 toilet and kitchen paper business go back one more generation.

Juan Corzo I founded the paper company Papelera Internacional in Guatemala in the 1970s. Juan II worked with his father throughout his teenage years and early adulthood, eventually becoming an executive there. As the company grew to more than 1,000 employees, it attracted a lot of attention for its success.

Among those paying attention: organized crime groups. In 1996, kidnappers captured Juan Corzo II and his son, Juan III’s brother. They were held and tortured for weeks before being returned in exchange for ransom.

Eventually the perpetrators were caught and prosecuted, and the Corzo family moved to Miami in 1997 for their safety during the trial. The original plan was to just “lay low” until the trial was over, but Juan II wanted to keep busy.

“I had been working in the paper industry with my father from a young age, and I had always been a hard worker my whole life,” he says. “It was very difficult for me in Miami, so I started doing what I know best, and that’s paper manufacturing.”

Juan II started South Florida Tissue Paper with a handful of customers, but by the time the trial ended he had enough steady business that he decided to remain in the United States with his family to continue to grow the business. Juan Corzo I supported the decision.

“After what we had just gone through I was relieved that they were in a safer place,” he says. “My son felt at peace being away from all of the issues and drama left back in Guatemala. I taught my son well, so when he ventured off to the United States to start from scratch he was very well trained and prepared.”

That training paid off. South Florida Tissue Paper grew steadily for decades, but like many businesses ran into hard times during the recession, when sales declined and the firm had to lay off employees to stay afloat.

“We had to find new customers and fully focus on sales to be able work again,” Juan II says.

The firm recently opened a facility in the Dominican Republic and has plans for further domestic expansion as well.

“We plan on expanding to another state, but we’re not yet sure which state or when,” Juan III says. “Today we are also expanding in our own neighborhood with the addition of a new 20,000-square-foot facility.”

A new generation joins
Juan III was 6 when his father and brother were kidnapped and 9 when Juan II established South Florida Tissue Paper. He always knew that one day he’d join the family business.

“The background of our family gave me a drive like no other,” Juan III says. “Seeing where my family came from and why we moved here gave me such an incredible drive to give 100% to this company.”

In high school when most of his friends got jobs at the mall, Juan III was working at the factory, learning how to use the simplest machines to create the cardboard core of a toilet paper roll. Eventually he took on more responsibility, and he majored in production management in college with an eye toward coming back home and joining the firm full-time.

By the time Juan III was 20, he was going on sales calls with his father during breaks when from his college studies.

“I was fascinated by sales,” he says. “I loved it. I loved getting a new account, the adrenaline rush of a new piece of business. I got really good at it.”

Juan III graduated in 2013 and began working at the South Florida Tissue Paper full-time. Over time, he  came to oversee the company’s sales and marketing efforts while Juan II spent most of his time on production.

In addition to encouraging the move into a larger facility, Juan III has pushed for several other changes at South Florida Paper. He redesigned the company logo and packaging, updated the website and refocused the company’s efforts on serving large customers.

“We would have a guy coming in with a pickup truck, and we’d load one pallet onto it,” Juan III says. “I implemented a minimum that if you can’t pick up 26 pallets, we can’t serve you anymore. That really opened up a lot of doors for us.”

‘A great team’
Since Juan III joined the company full time, sales have gone up 180%, and that’s before recent bump from coronavirus. Last year the firm’s sales reached $13 million.

“I’m not going to take credit for it,” Juan III says. “It’s my father’s experience and my ideas, teaming up — new generation and old generation. I think my father and I just make a great team.”

Juan I, who sold Papalera Internacional to Kroger in 2007, agrees with the assessment.

“I feel that I am the luckiest man on earth when I see my grandkid doing what I started 60 years ago,” he says. “It is a huge blessing for me to see a third generation taking on my legacy and continuing to grow something that started so many years ago.”

That type of mutual respect between generations is one of the key factors that differentiates the most successful and resilient family businesses, says Dennis Jaffe, author of Borrowed from Your Grandchildren: The Evolution of 100-Year Family Enterprises.

“The older generation isn’t necessarily immediately turning over the store to the younger generation, but they’re listening to them and looking at their ideas,” Jaffe says. “Young people in the family often have a different understanding of the world than their parents. They’re a repository of ideas.”

At 32, Juan III does not yet have children, but he says he’d love to someday have kids who also want to get into the business. Still, with a brother and sister who opted out of the family firm, he’ll let his future children choose their own path.

“If one of my children takes an interest in the company someday, that would fulfill me tremendously,” he says. “I would love it if there was a fourth generation. There is so much history with the Corzo family in the paper industry.”

For now, Juan III is focused on making the most of the new business that has arrived along with the coronavirus.
“I’m making strategic moves to keep us busy as far as the amount of sales that we have after corona,” Juan II says. “I’m opening up new doors and new opportunities with new customers that are promising to stay with me.”