A recession has likely arrived. Here’s how family businesses can make it through.

Many economists believe the United States may already be in a recession, due to widespread business disruptions from the COVID-19 ­pandemic.

Unemployment claims spiked to 6.64 million during the week that ended March 28, the highest weekly number on record. While it was widely believed the economic expansion the country had enjoyed was overdue for a correction, the coronavirus accelerated the speed at which economic activity has nosedived.

“We had been going with this strong economy for as much as 10 years now, and we were at a place where everyone was really comfortable and there weren’t headwinds in sight, so distributions and dividends were running along smoothly,” s 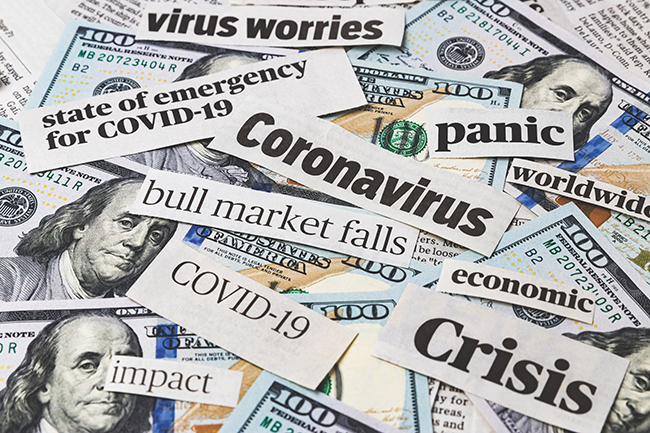 ays Jonathan Flack, leader of family business services at PwC Private Company Services. “With [COVID-19], it’s as if we just fell off a cliff without the ability to see around the corner.”

Even in such unprecedented circumstances, many family businesses are poised to succeed through the tough times ahead, precisely because of their conservative approach to business, and lessons they’ve learned from past recessions.

At the start of the financial crisis in 2008, Mike Schrage, president of family-owned Centier Bank, announced at the Indiana bank’s Celebration of Excellence, its annual meeting, that Centier would get through without any layoffs.

“That was a huge deal at the time, because our associates had been reading the headlines and saw that other banks and companies were laying people off, and they started to get concerned,” says Anthony Contrucci, Schrage’s son-in-law and Centier Bank’s vice president of community and business development. “After that statement, our associates were reassured and did not have to fear for their jobs.”

Contrucci says the moment illustrates the family’s values of always putting Centier’s shareholders’ needs third, behind those of associates and customers. Even in flush times before the Great Recession, the bank managed growth, kept dividends below peers’ and built up capital ratios and loan loss reserves. Then, during the recession, the family took additional steps to make sure the bank would make it through.

“Like our family has done several times over the generations, we recapitalized the bank with tens of millions of dollars to protect our associates and customers, to ensure the bank’s continued success, and to afford us the opportunity to grow and leverage the opportunity,” Contrucci says.

The recapitalization — along with the family’s frugal mindset — did allow Centier to expand and leverage the opportunities that arose during that tumultuous time, despite having to take $95 million as a loss from its investment portfolio. In the years following the Great Recession, the bank doubled its total assets.

Since then, the Schrage family has continued to be frugal, which Contrucci says leaves the bank as prepared as possible for the current challenges.

‘Cash is king’
“It’s almost impossible to plan for a recession or economic downturn while in the throes of it,” Contrucci says.

“Disruption always leads to opportunity if you are prepared, don’t panic and know where to look. However, that requires a disciplined approach of savings and preparation during the good times to both weather the storm in the bad times and to be able to be opportunistic.”

According to a Credit Suisse report, family businesses outperformed their peers, on average, in the last recession, and have many advantages to withstand the pressures of an economic downturn. Among them: a shared history and sense of purpose and a tendency to avoid debt when possible, giving family firms a cushion in most recessions. Still, family businesses, like all businesses, are more vulnerable during a recession.

In some ways, this recession is different than those past because it was not initially driven by fundamental problems in the economy, says Marshall Rowe, president, business owners services at The Colony Group. Regardless of what’s driving the recession, the best course for most businesses is to keep a focus on maintaining their capital.

“Cash is king,” Rowe says. “You want to think about how you can conserve cash, so managing your inventory, reducing your orders, managing cash that way is really crucial.”

Finding areas to cut
At Centier Bank during the Great Recession, the family asked associates to help look for ways to cut back and came up with more than $2 million in savings. Suggestions that resulted included reducing paper, switchin 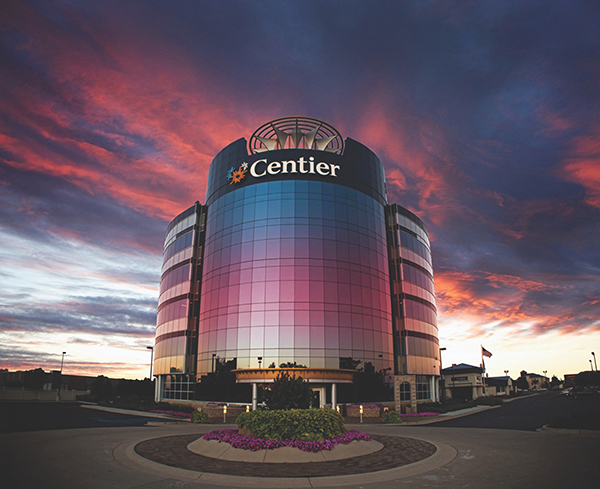 When it comes to freeing up capital in a recession, nothing should be off the table, says Jim Murphy, managing partner with Belden Hill Partners.

Companies might also try to tighten credit and collections and consider divesting or sunsetting some endeavors. While it’s still important to take advantage of opportunities, when times get tight, businesses should prioritize which ones to go after — and which ones to put on hold or abandon entirely.

“Not understanding when cuts need to be made is one of the biggest mistakes family businesses can make,” says Justin Miller, a national wealth strategist at BNY Mellon Wealth Management. “Sometimes, not making smaller changes now can lead to the need to make bigger changes down the road.”

Keeping the family in the loop
Often in a recession, there’s a need to pare back or eliminate shareholder dividends. When that happens, it’s important for business managers to let family members know as soon as possible. That allows family members to plan for lower income this year and make necessary changes to their lifestyle, Rowe says.

Such communication goes most smoothly when there’s a clear family governance structure, and those involved in the day-to-day running of the business have the authority to make such decisions.

Family meetings should take place frequently, with a focus on education about the business strategy and the actions the family has taken to maintain the business in previous economic contractions. When conflicts arise, bringing in a neutral third party, such as a financial adviser, may help.

In some cases, it will also be necessary to take a hard look at personnel expenses, an area that family businesses are often loath to cut. In this case as well, early and open communication is imperative.

“It’s important to communicate effectively with your staff and your employees about how the business will need to be run in order to survive and to think about alternative ways to support your employees,” Rowe says.

That may mean laying employees off so they can collect unemployment or looking at alternative arrangements such as reduced hours or job sharing. The goal, Rowe says, it to do whatever possible to help employees understand that the family values them and wants to support them as much as the business possibly can.

Outside capital
In addition to reducing costs, family businesses should be considering other sources of capital. That’s particularly important for businesses whose revenue has been cut off because of forced business shutdowns or stay-at-home orders caused by COVID-19.

Family business leaders should be having ongoing conversations with their bank about any potential issues with current debt obligations and the potential need for additional credit. For families who have a long-term relationship with a bank, keeping the bank abreast of cash flow challenges can make credit requests go more smoothly.

“It’s important to let the banks know what’s going on,” Murphy says. “They don’t like surprises.”

Still, some family businesses are averse to debt and haven’t had to borrow money in recent years. Before meeting with lenders, they should be prepared to open their books, share information about the current business situation and future plans, and report details about distributions to the family.

“If it’s your first time borrowing, or your first time in a long time, you may find that the banks’ diligence process is very robust post the financial crisis in 2009-2010,” says Flack. “It can be a jarring experience to go through for family businesses, because they’re opening up a lot of confidential information for the first time, and often being challenged for the first time.”

Murphy recommends that even those families who don’t immediately need credit have a conversation about the possibility with their bank, or at least consider opening.

“If companies have the asset base, we always promote having a line of credit available,” Murphy says. “A lot of banks have been providing credit at attractive terms. Even if you don’t need to draw it right away, it’s good to have it available.”

Family businesses should also discuss with their banks and financial advisers whether they might benefit from any state or federal initiatives aimed at mitigating the financial impact of COVID-19.

For now, many lenders are viewing the current crunch as a short-term issue and are finding ways to work with clients.

“I am hearing that they’re being flexible about upcoming interest payments, as well as their ability to expand their facilities,” Flack says. “It feels like we’re in this together, and if we don’t react in a proactive way for continuity that’s good for both family owners and banks, then we’re not going to get through this. The spirit has been positive.”

Potential opportunities
Family businesses that come into the recession from a place of strength may also need capital — not to keep their business afloat, but to take advantage of opportunities that present themselves.

Such opportunities may include gaining market share or acquiring the assets of competitors who haven’t been as conservative with their balance sheets. One key advantage that many family businesses have is the institutional knowledge and experience of older family members who have often guided the company through multiple recessions.

“The advice in both good times and bad is not to panic,” Miller says. “You don’t want to make poor, short-term decisions that are going to affect your long-term success. Part of the reason family businesses survive for multiple generations is their ability to think beyond the short term. A lot of people are looking at the stock market and some of the recent big drops, but family businesses are thinking in terms of years or decades as opposed to days or weeks.”

Beth Braverman is also a contributor to Directors & Boards and Private Company Director.