FEUSA survey: Family firms are committed to the long term 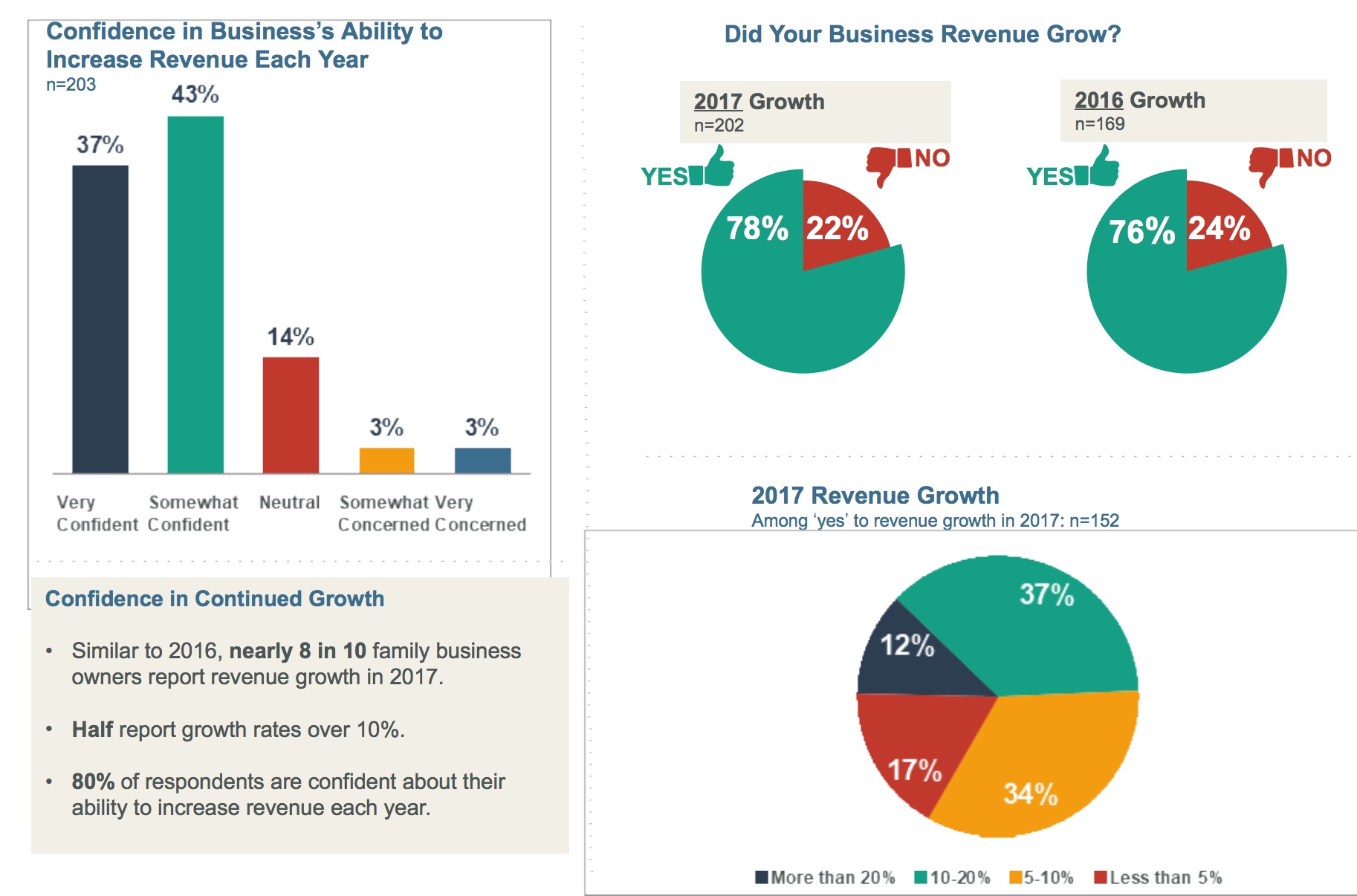 FEUSA, a non-profit organization of family businesses, conducts research on the contributions of family enterprise to the American economy and the challenges reported by family business owners. It shares its findings with legislators, policymakers and the public.

The Family Office Exchange (FOX) coordinated participant outreach and administered the online survey, which was conducted between May and July 2018. The findings provide “candid, public information on who [family business owners] are and what they think,” says Preston Root, president of the Root Family Board of Directors, Ormond Beach, Fla., who is secretary of FEUSA’s board.

Most respondents (80%) were confident in their ability to grow their business each year. More than three-quarters of survey participants (78%) saw their revenues grow in 2017. This figure is slightly higher than the percentage reported in last year’s FEUSA survey, in which 76% of respondents said their revenues increased in 2016.

The majority of those who completed the survey (85%) said they consider their business to be a part of the legacy they leave their children.

Nearly half (47%) the respondents have passed partial ownership of their business to the next generation, while 13% have passed full ownership, including controlling and non-controlling shares. Of those who passed down their shares, 84% did so through gifting, 47% through a sale, 22% through a loan and 20% via other means (including grantor retained annuity trusts and generation-skipping trusts).

Most survey participants donate money or time to charities. More than six in 10 (61%) have designated some portion of their net worth to charities either during their lifetime or as part of their estate plan.

“What you have is a solid foundation of large businesses supporting their communities,” Root says.

Leading the list was a call to reduce or eliminate estate taxes, cited by 70% of respondents. Income tax reduction was identified as a high priority by 67%.

Reducing regulations and simplifying the tax code each were noted by 65% of the survey population. Cutting capital gains taxes was cited by 60%. Lower on the list were reducing the federal budget and national debt (44%) and changing federal trade policies (36%).