Robert Matthews (Matt) Beall III’s promotion to CEO of Beall’s Inc., a retailer based in Bradenton, Fla., was announced in December 2019. Just three months later, the COVID-19 pandemic struck the United States. Beall, 41, oversaw the temporary closure of the company’s more than 550 stores, which operate in 17 states under the names Beall’s, Beall’s Outlet, Burke’s Outlet, Home Centric and Bunulu. Beall and his wife, Krystel, were caring for their newborn baby as governors lifted stay-at-home orders and Beall’s stores reopened.

That is a lot for a leader to contend with so early in his tenure. But Beall, who represents the fourth generation of the founding family, says he's had plenty of experience meeting challenges.

Beall, who had worked for Beall’s Inc. as a college student, started his career at Ross Stores in Manhattan as an assistant buyer. He began that job in 2001, just days after the September 11 terrorist attacks.

From the time he joined the family business in 2004 as a buyer for Beall’s Outlet stores, Beall says, the comp 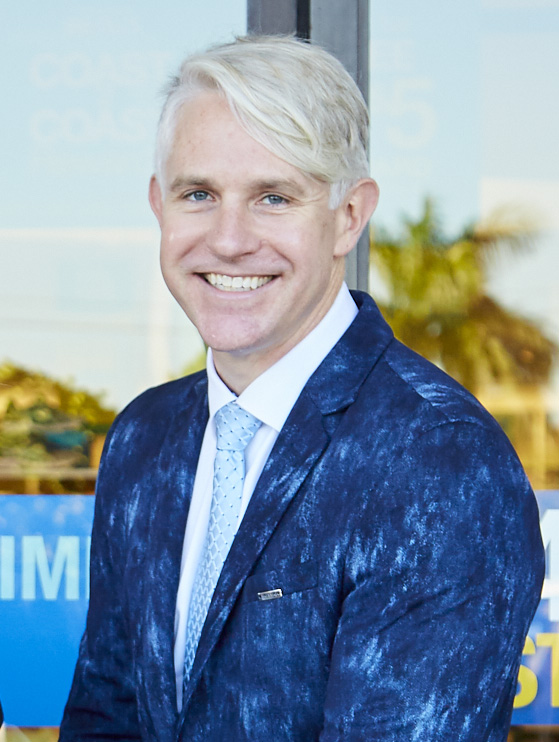 any has continually faced disruptions, including the entry of Kohl’s, a new competitor, into Florida as well as the ecommerce explosion.

“We're always dealing with external factors,” he says. “There’s always something in retail.”

Yet the shuttering all the company’s stores for an average of six weeks was an unprecedented situation. Sales from ecommerce, which ordinarily generates only about 10% of the company’s revenues, rose while stores were closed, but not nearly enough to make up for the lost brick-and-mortar business.

“You have bills to pay during that time, of course,” Beall says. So you're essentially either paying from borrowed money or you're paying from a cash position. And that's why so many retailers are struggling right now — they didn't go into the pandemic with a healthy business, they went in with debt.”

That was not the case for his company, Beall notes. “We came into the crisis from a position of strength.

“We knew that we were 10 years away from the last recession and that we wanted to get through the next recession, whenever it would come. You never see it coming, of course.

“So how do you prepare for it? Well, you have to shore up your balance sheet. We've spent the last 10, 12 years since the Great Recession doing that. And when you're able to do that, you're able to survive.

“I think the reason that we've been around for 105 years is that we've never run out of money,” Beall says. “I credit the team for that, and their ability to manage our resources. And I credit our loyal guests for that — the fact that they love shopping with us and they love the fact that we give back to the community and we're here for the right reasons.”

Decisions and preparations
Some competitors remained open while Beall’s Inc. stores were closed. “We wanted to do our part to stop the spread of the virus,” Beall says. “We’re happy with the decision, and proud of the decision. The feedback was overwhelmingly positive from our employee base as it related to how we handled things. They were always front of mind for us, keeping their best interests at heart. That's just a part of our culture.”

The company’s senior executive committee had daily videoconferences as the stores began to close. “As things sort of settled down, we were able to refocus more of our energy towards our teams and getting ourselves prepared for what the future might look like,” Beall says. Scenario planning helped the executives make financial decisions.

Beall took no salary while the stores were closed. Store managers initially received full pay and then were paid at a reduced rate. Hourly employee pay was eventually cut, but those employees were given special “leave hours” and could use accrued vacation or sick time to help supplement their income. The company continued to pay its portion of employees’ medical benefits.

Beall’s Inc. followed governors’ guidelines for reopening in each of the states where it operates.

“What we were talking about as a team while we were closed was, amongst other things, the best and safest way that we could reopen our stores. We wanted our guests to have confidence in the fact that we were clean and that we were a safe place to shop,” Beall says.

“We implemented a lot of new practices and invested in cleaning materials and in people to help us scrub the stores down,” particularly in high-traffic areas. Fitting rooms remain closed.

Employees are required to wear masks in the stores, though customers are not.

Beall is the only family member in management, though two family shareholders serve alongside him on the board of directors. He says the family agreed that closing the stores was the right thing to do.

The business adheres to six “Beall’s family values”: “We are grateful, we are genuine, we act with integrity, we’re here for each other, we demonstrate respect for all, and we strive to exceed expectations.”

“When you have those core values, it makes the decisions very easy to make,” Beall says. “And there was really no disagreement at the management level about any of those decisions.”

Since the stores have reopened, business has been “surprisingly positive,” Beall says.

“What people want has changed since the virus struck,” he says. “I think the merchant team’s [efforts] to figure out the supply and the demand on a department-by-department or category-by-category basis has been instrumental in our ability to react quickly to a changing world and to shore up our financial position.”

In response to the social unrest following the killing of George Floyd by a Minneapolis police officer on May 25, Beall sent an internal memo to company staff. “We didn’t do a press release or anything; we’re sort of a private company,” he notes. “But we felt that it was right to state how we felt about the topic and not be silent on the topic. Certainly, we feel a lot of sadness for all of the events that have occurred. We support the peaceful rallies that are happening across the country and hope to end racism. “

Family pride
Many of Beall’s Inc.’s competitors have been acquired by public companies, and some of those stores are gone forever. Beall says his company’s status as one of the few family-owned chains left standing isn’t causing him to feel pressure.

“There's a lot of people in this world that are under a heck of a lot more pressure than I am,” he says. “I'm extremely grateful to be in a position where I'm able to lead a very talented group of people and enjoy my job.”

The company’s continued survival is a source of pride, Beall says. “it just seems like every day that I show up to work, I become more grateful and have more pride in the business than I did the day prior. And I think that that was accelerated, like a lot of other things, throughout this crisis.

“I think that that's probably a difference between a family business and a public company. We're really making decisions for the long term. We want our business to be around and to survive for future generations. And we're here for our people — we're not here for Wall Street; we’re not here for a quarterly profit. We're here because we have a tremendous sense of responsibility for our people in the communities that we serve.

“I think that one of the biggest reasons why we've been able to survive a lot of these crises that we've been through in the last 100-plus years is our family shareholders and the great pride that they take in the business.

“When you're selflessly making decisions because you know that it's for the betterment of the business long-term, you're going to be able to survive through a lot of challenges.”