In October 2015, Jeff Westphal, the second-generation CEO of Vertex Inc., announced he would leave that position at the King of Prussia, Pa., company, which provides corporate tax software and services. Westphal, who remains chairman and co-owner of Vertex, said at the time he realized he was better at building a business than at scaling it up. 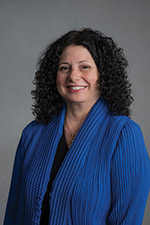 Westphal understands that a business needs different leadership at different points in its life cycle, and it was time for a change at Vertex. He credits his company's independent board for supporting him through the transition. Former director Rich Teerlink, who joined Vertex's board shortly after retiring as chairman and CEO of Harley Davidson, "helped me to see that my role was to professionalize and then help re-create the platform for the next generation of growth," Westphal says.

Stories abound of family business leaders who remain at the helm into their 80s. Westphal understands the reluctance to leave. "Letting go of leading an organization that you not only care about, but that you love, is an emotional experience," Westphal acknowledges. "I had my emotional moments through the process. And I reflected to myself, 'You know, I can really have great empathy for people who do hold on, perhaps, too long.' "

Another temptation that must be avoided: training the heir apparent to be the CEO's clone (especially if the prospective successor is the CEO's child). A new set of skills and processes are required to meet the challenges of the future.

There are other family issues, as well. "Benevolent dictator" leadership might persist past the second generation, but inevitably inclusivity is needed as the family stakeholder group grows and more non-family executives become involved in decision making. A study by Stephen P. Miller of the Kenan-Flagler Business School at the University of North Carolina found that companies with autocratic senior family leaders were less likely to produce effective next-generation leaders.

Many family business owners in this situation would have opted to sell the company. "I was aware of that scenario, and always worked toward making sure that wouldn't happen to us," Westphal says. Vertex engaged advisers to "put ourselves in a strategic position where we wouldn't need to exit the business just because we weren't going to have a qualified family leader for, perhaps, some time. And while we're excited and enthusiastic about how our young G3ers are preparing for future governance of the company, we're delighted that we've got strong professional leaders who can lead the company in alignment with our shared values."

The leadership change "has re-energized the company, there's no doubt," Westphal says. "And, frankly, I'm re-energized. I didn't realize how burned out I was becoming until I let go."

All too often, shortsightedness prevents family firms from making the right leadership decision. CEOs must be able to view situations from outside their own perspective.