Selling tobacco for 160 years in Chicago

Flip through any tourist guide to Chicago and you'll find Iwan Ries & Co. listed as a must-visit location for the cigar or pipe aficionado. The tobacconist, established in 1857 and now run by the fourth and fifth generations of the founding family, is located on the second floor at 19 Wabash Ave. The building, purchased by the family in 1968, dates to 1881 and is the oldest surviving structure designed by celebrated architects Adler & Sullivan.

Founder Edward Hoffman opened a small tobacco shop in Chicago's Sherman House hotel, only 20 years after Chicago's incorporation as a city. His nephew Iwan Ries joined him in 1891. Stanley Levi married Ries' daughter Rosalie in 1929 and eventually took over the business. Today Stanley and Rosalie's son Chuck and Chuck's son, Kevin, run the store, along with an online business and a BYOB smoking lounge. Chuck's wife, Susie and Kevin's son, Kyle, also work in the store. 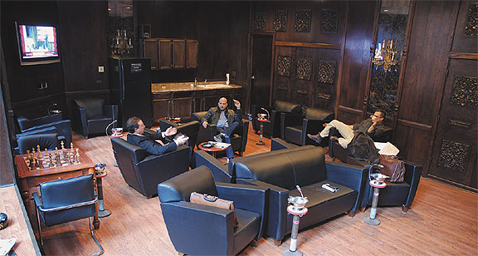 Hundreds of cigars and thousands of pipes are on offer at Iwan Ries, America's oldest tobacco shop. The smoking lounge, which stays open long after the store closes for the night, features WiFi, flat-screen TVs and a boardroom. Members and visitors who purchase a one-day pass enjoy views of the passing L train and the vintage architecture of the Chicago's Jeweler's Row.

Chuck and Kevin Levi recently took time to answer our question: What's the key to the success of your family business over 160 years? 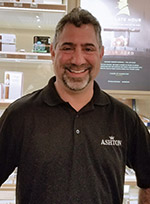 "When you've been in business for 160 years, you learn to be patient with everything in business, whether it be large-scale purchases or major decisions. You don't want to jump into anything just because it sounds so great off the bat. You can always revisit, or maybe something else will come along.

"I think my dad's grown to be more of a future thinker, and I worry about what's happening right now: today, tomorrow, the next day.

"He has supreme authority, but I think I share, amongst our employees, pretty equal authority. But I often will bow to him. As I tell my employees, it's still his name on the paychecks.

"[The smoking lounge] was my innovation. It definitely took some debating to win [my father] over on spending the money to do it. And in the end, that proved to be a wise decision. But in a small company like ours, that was a big capital improvements project. It was kind of a leap of faith—a leap of faith that he took in me, actually, at that time. And I'm still here, so it must have been OK.

"Having the history behind us definitely affects decisions that we make going forward. You have to change and adapt to grow, [but] you don't want to change things too fast." 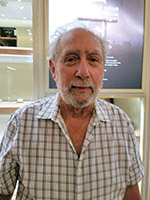 "Frankly, like most companies, we have very [few] products that can't be purchased somewhere else. So we have to have customer service that is better than anybody else, and a larger inventory than anybody else.

"We have been doing a catalog since the '40s. When I came here, we were already in the mail-order business. It got bigger, and then, obviously, [moved] online.

"When Kevin started here, we had a conversation about what his duties were, and he said to me, 'I know I have to clean the bathrooms and stuff'—which he still does, by the way—'but I want a job that's my job and nobody else's.' And I said, 'Terrific,' because I had just signed a contract with a company for the Internet, and it was way over my head. I didn't understand it, but I knew we had to be there. And that became, and it still is, his function. And I really feel, if I didn't give him something to do that was his [alone], he may not still be here.

"We do not discuss business outside of business hours. If there are things that we need to discuss, we stay in the office until it's finished. And that has really been a key factor."