The business was founded in 1916 by A.J. Thrall and his brother-in-law as Thrall Car Manufacturing Company, a freight care component repair shop. The company evolved from repairing car components to repairing and leasing rail cars. 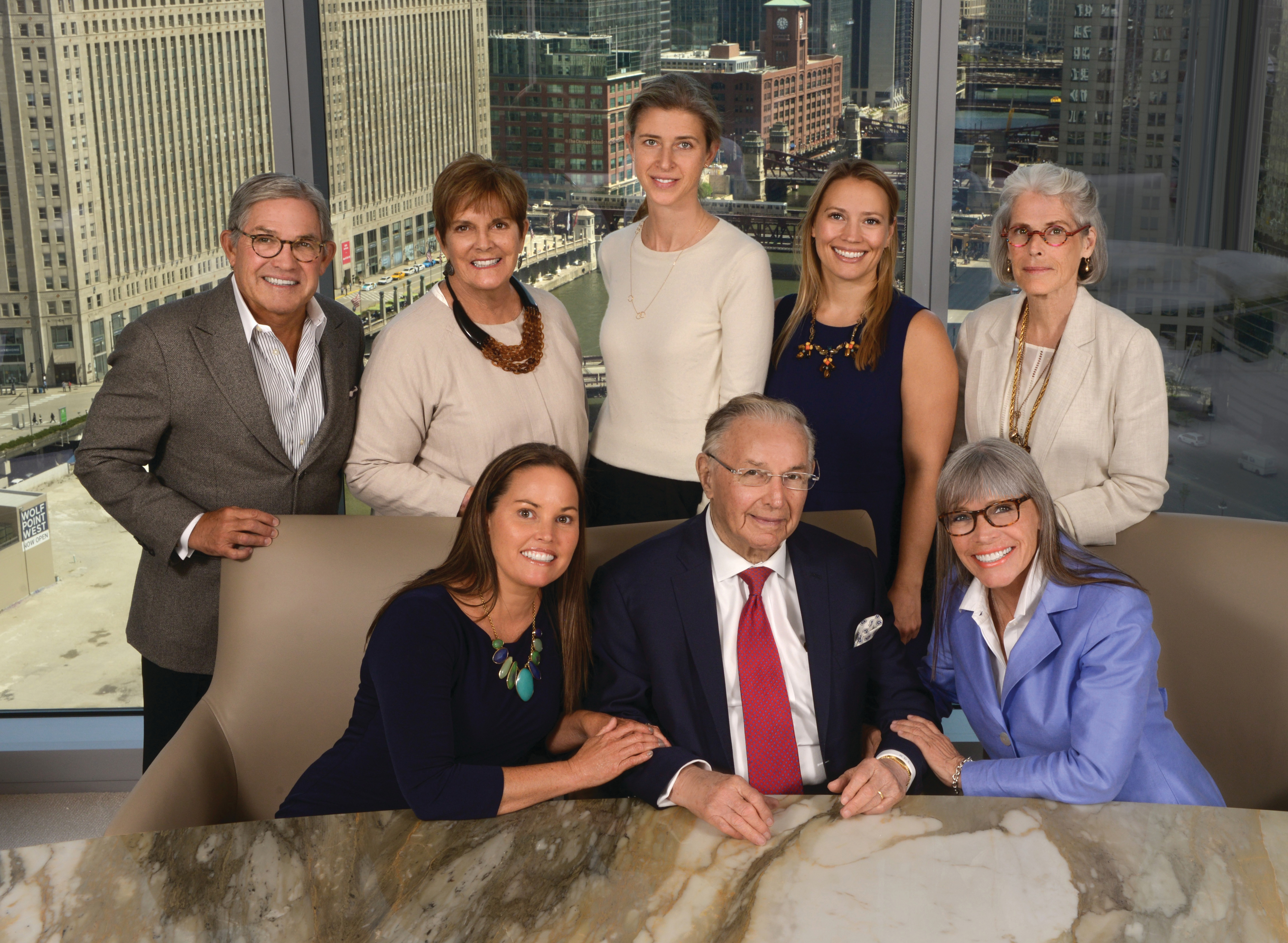 Richard L. (Dick) Duchossois married A.J. Thrall’s daughter Beverly. Under his leadership after his return from World War II, the business started building specialty cars and then commodity cars. The family has continued to re-engineer its Chicago-based enterprise to adapt to changing markets.

Dick led the company while his brother-in-law, Jerry, served as shop manager. Dick’s son, Craig, joined the business after returning from military service in 1971. In 1978, the company diversified by buying The Chamberlain Group, a maker of consumer goods and defense ­products.

In 1983, Dick and his family bought the Thralls’ interest in the company and renamed it Duchossois Industries Inc. The family “reset the clock” with Dick as the founder.

Dick acquired Chamberlain Manufacturing Companies (a miniature conglomerate) in 1980. He turned the freight car business over to Craig and set out to restructure this recent investment.

In 1983, the company acquired the Arlington Park racetrack in Arlington, Ill. After the racetrack was heavily damaged in an electrical fire in 1985, Dick focused on its rebuilding, putting Craig and Chuck Mapp in charge of the rest of the business.

Craig was newly at the helm when a recession struck the industry in 1981; the company had recently bought three competitors. Craig convinced his father the company needed an independent advisory board. As the business has changed, its governance structure has changed along with it.

Arlington Park merged with Churchill Downs in 2000. Thrall Car, the rail car business, was sold in 2001, and the defense business was sold in 2004. Between 2011 and 2015, The Duchossois Group sold five of its operating companies and created an investment company.

Today the family enterprise comprises two units: the investment company, Duchossois Capital Management; and the operating business, The Chamberlain Group, which makes access control systems such as garage door openers and gate access devices for residential and commercial use. Craig Duchossois serves as chairman and CEO, and Dick as founder and chairman emeritus. Additionally, the family has a family office, family foundation, family council and private trust ­company.

Two third-generation family members work for The Chamberlain Group, and a third runs the family foundation. The family is focusing on building a leadership structure that will sustain their business through future generations.

Aspiring family directors begin by serving two-year terms as board observers. They are matched with independent directors who serve as their mentors, conferring with them before or after board meetings to answer questions or offer suggestions or explanations.

Based on what they learned through these programs, the family established a family council in 2006 and developed a family constitution. The family has worked to create an environment of high trust and transparency.

Key family documents include a communication policy, eligibility criteria for nomination to boards, and a family employment policy requiring a college degree and three years of outside experience before joining the company. Family members are hired at an entry-level position and have unit mentors.

There are seven blood descendants in the third generation; all are married. Since 2010, Craig has stepped up efforts to prepare the next generation. The family council serves as an educational, bonding and communications forum for those who don’t work in the business to learn about it.

The council has developed an education platform. Topics include Finance 101, philanthropy, security and what it means to be a responsible shareholder.

During the annual shareholder meetings, the fourth generation has its own meeting, led by a consultant or members of the family office staff. The  meeting combines education with a fun activity dealing with values and products.