Day & Zimmermann, based in Philadelphia, offers services to the engineering, construction and maintenance, staffing and defense industries. The company operates from more than 150 locations globally, employs 46,000 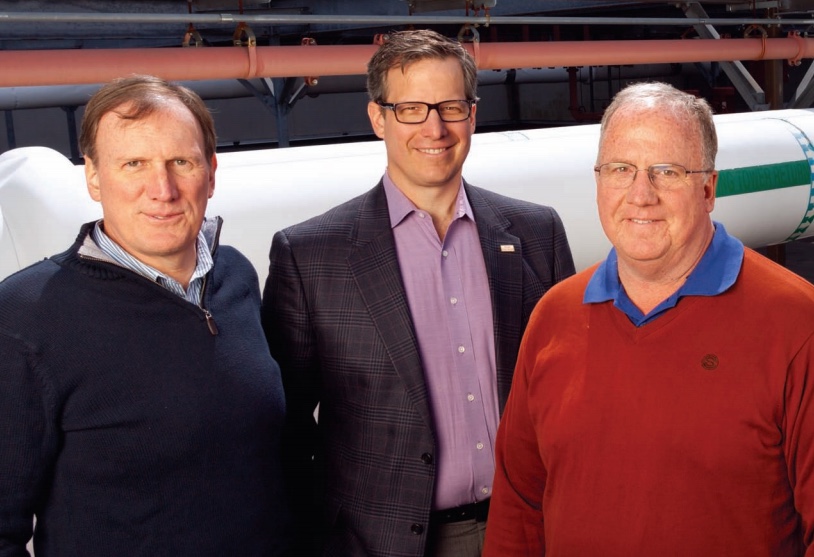 people and generates annual revenues of $2.8 billion. The business is led by the third generation of the Yoh family; fourth-generation members have ownership via trusts.

In 1940, Harold Yoh bought into a tool design business, renamed it Yoh Company and transformed it into a temporary technical staffing company. In 1961, he acquired Day & Zimmermann, a diversified technical services business founded in 1901 that was four times the size of the staffing company.

Harold’s son Harold Jr., known as Spike, joined the business. Although Spike and his father had a contentious relationship, the company grew and by the mid-’70s had sales of more than $100 million. When the company was approached by potential acquirers, Harold insisted his son come up with an offer that would beat the competing bids. Spike succeeded in buying the company from his father in 1976 and then grew the business through acquisition.

All five of Spike’s children worked at Day & Zimmermann. In the early ’90s, Spike and his wife, Mary, took the five G3s to a YPO family business conference. Beginning in 1993, the Yohs held regular family meetings to discuss the business.

Spike’s oldest son, Harold L. Yoh III — known as Hal — was named president of Day & Zimmermann in 1996. Spike encouraged his children to begin their own meetings, and the G3s formed the Yoh Family Business Council (YFBC) in 1997. They gathered monthly to discuss the different “hats” they would wear as business owners, family members and employees, as well as their relationships with each other. They worked with consultants for 18 months before they bought out their father in 1999.

When the siblings took control of the business — their average age at the time was 33 — it had revenues of $1.1 billion and 16,000 employees. Hal became chairman and CEO. The G3s’ shareholder agreement included a provision that a family member needed to work in the company in order to own stock.

Two of the five siblings left the company in the 2000s and were required to sell their shares. Hal (chairman and CEO) and his brothers Mike (president, munitions and government) and Bill (chairman of Yoh, Day & Zimmermann’s staffing unit) are continuing to prepare for transition to the fourth generation sometime in the future. The first of the G4s joined the business in 2007.

The YFBC has overall responsibility for establishing the values and culture, selecting the CEO and making decisions regarding large investments, as well as governance and succession matters. It’s one of three governance structures at Day & Zimmermann. The others are the Leadership Council and the Board of Advisors.

The Leadership Council, which runs company operations, consists of Hal and his direct reports (including Mike in his role as division president). The Leadership Council develops and drives the execution of the company’s strategic plans. It also reviews and approves business plans and budgets, as well as business policies and procedures.

The Board of Advisors, established in 1999 when the G3s became owners, advises Hal on significant business matters, reviews and approves the promotion of any Yoh family member for key positions and consults with the YFBC annually on succession and governance matters. Mike and Bill don’t serve on the advisory board but participate in one of the five annual board meetings. Board members collectively bring expertise in D&Z’s core markets, family business governance, culture and organizational effectiveness, and internal operations and finance.

The fourth-generation cousins are a diverse group. There is a 25-year span between the eldest and the youngest, as well as a wide range of interests, skill sets, and political and religious beliefs.

Acknowledging this diversity, the G3s revised Day & Zimmermann’s shareholder agreement. They removed the “work to own” provision, added a definition of “family member” and created a program to provide liquidity for shareholders.

The G3s also contributed all of the voting stock into a voting trust. Currently the three G3 brothers are the only trustees of the voting trust, although there are provisions for adding a fourth non-family trustee. Seats on the trust are based on qualifications, not branch membership. Family trustees must be descendants over 30 who either work in the company at the vice president level or above or serve on the board. Non-family trustees must be board members or senior executives in the company.

Trustees of the voting trust have the authority to make major decisions that arise infrequently: election of directors if and when the company moves to a fiduciary board, sale of the company (or a majority stake) and amendments to the bylaws or charter.

Through trial and error, the G3s realized they needed to adjust their approach to educating the G4s. Their early efforts were dry and dull, with no fun activities, service projects, facilities tours or meaningful team building. Today, they are focused on providing more meaningful and rewarding experiences to the next generation, aimed at creating long-term “stickiness” between the family and the business.