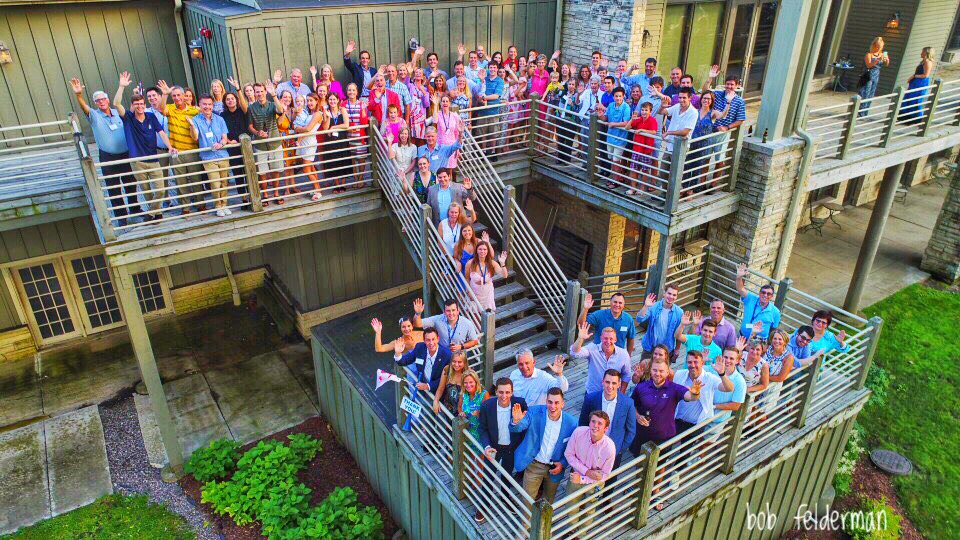 At the insistence of Titus’s wife, Josephine (nicknamed Doden), all seven of their children — four sons and three daughters — owned the company equally. All seven worked in the business at some point. Tom Schmid succeeded his father, Titus, as president in 1966 and served until he passed away from cancer in 1974. Tom’s brother Jim was named the next president and held that post until his death in 2001. A non-family member became Jim’s successor, and non-family CEOs have led the business ever since. The family rallied around the new leadership, and the third generation realized it was now their responsibility to become stewards of the family business.

However, up until that point the extended family had not received any information about the business. The family’s values, faith and sense of duty had kept them together. Asking questions about the business was not in keeping with the traditional family culture. In addition, some family members wondered whether broader family involvement would interfere with the success the business had enjoyed to that point. In 2001, Crescent held its first shareholder meeting.

In 2003, estate planning challenges caused by the growth of the family and company prompted some G3 family members to express the need for family governance around their shared asset. A small group of owners requested that the board convene a shareholder meeting to discuss setting up a family council. Third-generation family champion Mary Schmid Daugherty led the effort to convince the skeptical family members that forming a family council was imperative if the family wanted to continue Crescent as a family business into the future.

The family is now into its fifth generation, with 128 descendants and in-laws in the seven branches. Four G3s work or have worked at Crescent, and one G4 has joined the company. There are currently seven G5s. Six independent directors and three family directors serve on the company’s board. A board observer role has been created to develop future family board directors and more active shareholders.

The structure of the family council is now evolving to accommodate shareholders’ desire for more in-depth information about the company’s performance.

The council recently created an owners committee. Members of this committee guide the family’s more passive shareholders through the company’s financials and help them understand complex business topics. The committee also reviews and updates family policies and documents, such as the family employment policy, the prenuptial agreement policy, qualifications for family directors, the shareholder agreement (revisited every 10 years) and the owners’ plan (revised annually). The owners committee facilitates a shareholder questionnaire circulated after each quarterly company report giving shareholders the opportunity to ask questions; the company responds in written form or via webinars.

The education committee sparks engagement through its “Schmid U” education presentations at each annual family meeting and disseminates biannual family/business FAQs. The philanthropy committee has developed a process for oversight of a shared charitable giving vehicle, which includes a fourth-generation component. The family council organizes family reunions (every three years) and welcomes new adults into the family.

Mary, a former member of Crescent’s board, spearheaded the effort to gather historical information in preparation for the company’s 100th anniversary celebration in 2019. She created a monthly 100th anniversary blog on the company website, featuring family and business photos, videos and interviews. She also served as the liaison coordinating efforts of Crescent management and employees and the Schmid family to plan the gala celebration event.

The family governance structure has enabled the Schmid family to move from a culture of disengagement to responsible and thriving stewardship of their legacy.