Delaware is a small state, which makes it easy for people to build reputations — good or bad.

Govatos Chocolates, based in Wilmington,  has a great reputation. Founded in 1894 by a Greek immigrant, the store — which includes a luncheonette — has operated in the same location for more than 100 years. 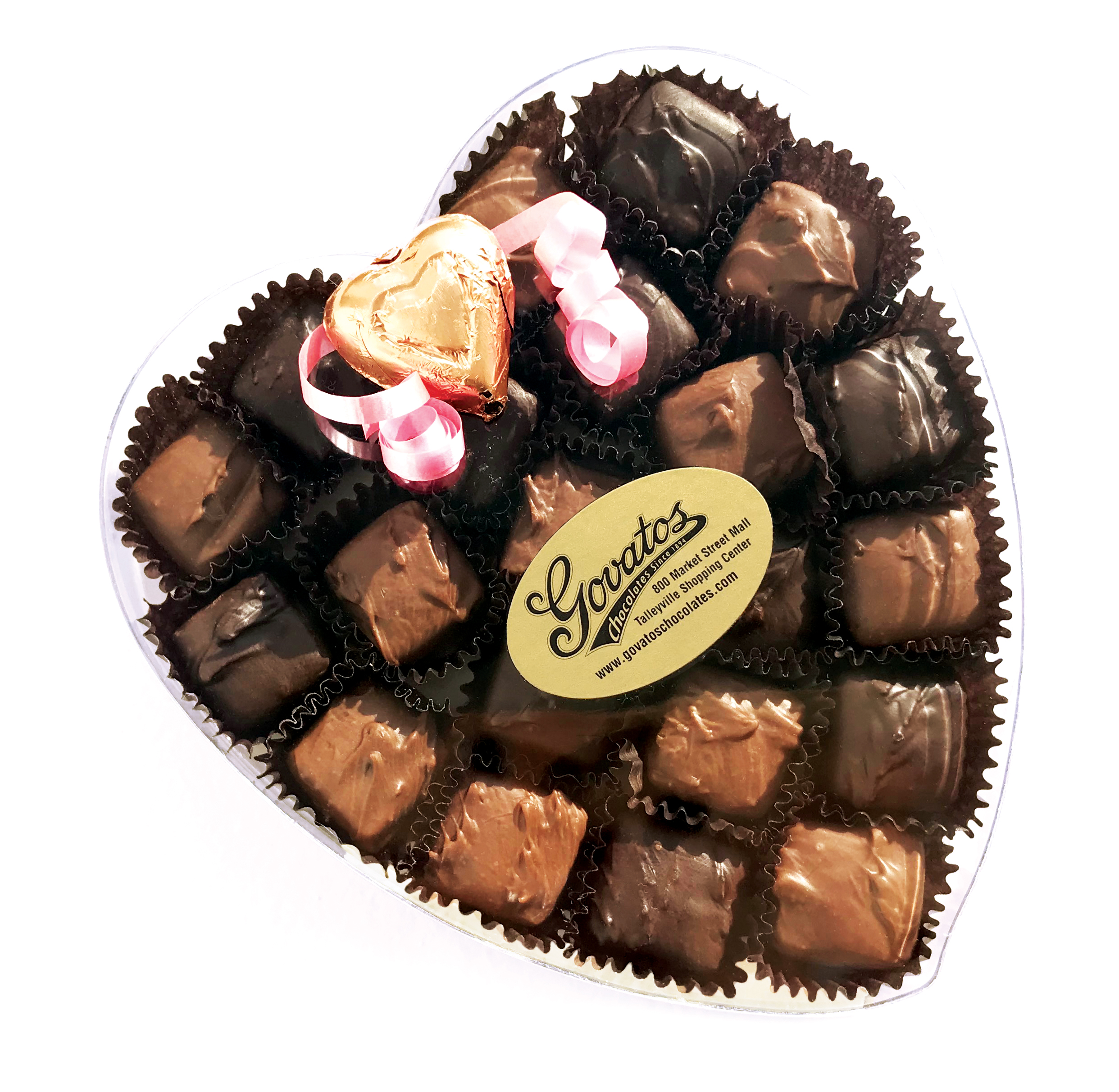 John Govatos came to the United States and started the chocolate company under the name Queen Elizabeth Chocolates. The store adopted its current name when it moved to its second location, five blocks away, and added a luncheonette. In 1912, it made its final move four blocks from there.

There was a brisk lunch business for many years (Govatos’ website claims it introduced Wilmington to ice cream soda), but that has slowed down. There’s a sentimental attachment to the restaurant, so it stays in operation.

“It’s part of the package,” says Nick Govatos, the third-generation owner of the business. Nick is the principal in the business. His brother, Richard Jr., is the head candymaker.

Nick says while growing up with a name easily recognized in the Wilmington area, he represented his family wherever he went, usually by fielding requests for sweets.

“Every time I went to a friend’s house or a store and they saw my last name, it would be, ‘Did you bring me any chocolates? Go back and get me something!’ “ he recalls.

Nick started stocking the candy displays when he was about 12. He left to attend college, but it wasn’t for him, so he returned to work in the family business.

Ninety percent of the candy for sale in the store is made in-house — on the third floor of the downtown store. Govatos opened a suburban outpost in the 1980s. 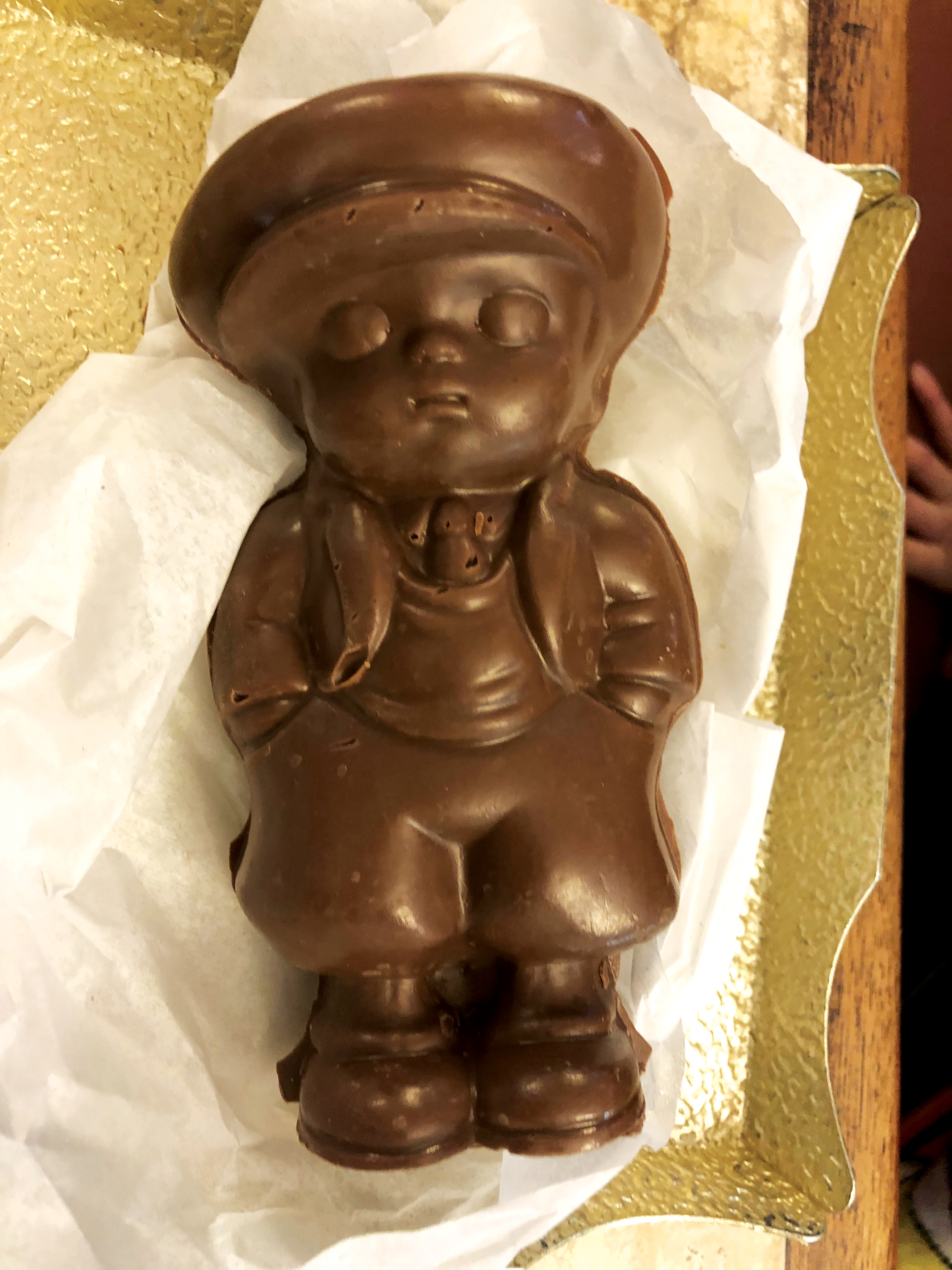 Just before Valentine’s Day, the flagship shop was bustling. Nick says February and March are the busiest time of the year for the business.

“We’re in the thick of it,” Nick says. “We’re working on two holidays simultaneously.”

The Valentine’s Day buying season is short, he says, with more than 1,000 chocolate hearts sold over three or four days. Easter buying starts earlier and extends for several weeks.

Part of the candy-making crew fills the chocolates; the rest do the hand molding. There are hollow figures of cowboys on reared-up horses, ducks, crosses, Popeye, bunnies of course — and many that leave an onlooker thinking, “Hmm, I wouldn’t have thought of that one,” like a “Flying V” guitar.

Govatos produces its candy on the third floor of the shop. There is no large-scale refrigeration. The molds are “dependent on the weather for drying,” Nick says. “It’s still old-fashioned.”

The shop runs tight. There isn’t a lot of superfluous stock — if a shape or flavor sells out, it’s finished for the day, maybe two. Some products are put on hiatus for the summer, when fewer people want a candy that can melt in their hands, not in their mouths.

But at Easter, chocolate is king. Govatos offers the classic buttercream, coconut, peanut butter and chocolate filled eggs, but the store also makes some unique flavors, including “Chop Suey” (coconut, cashews, honey, raisins and more) and a black walnut. Both are available in chocolate-covered cups and Easter eggs.

To leave his mark on the shop, candymaker Richard Jr. created the “Snooker,” Govatos’ take on a popular, similar-sounding chocolate bar. 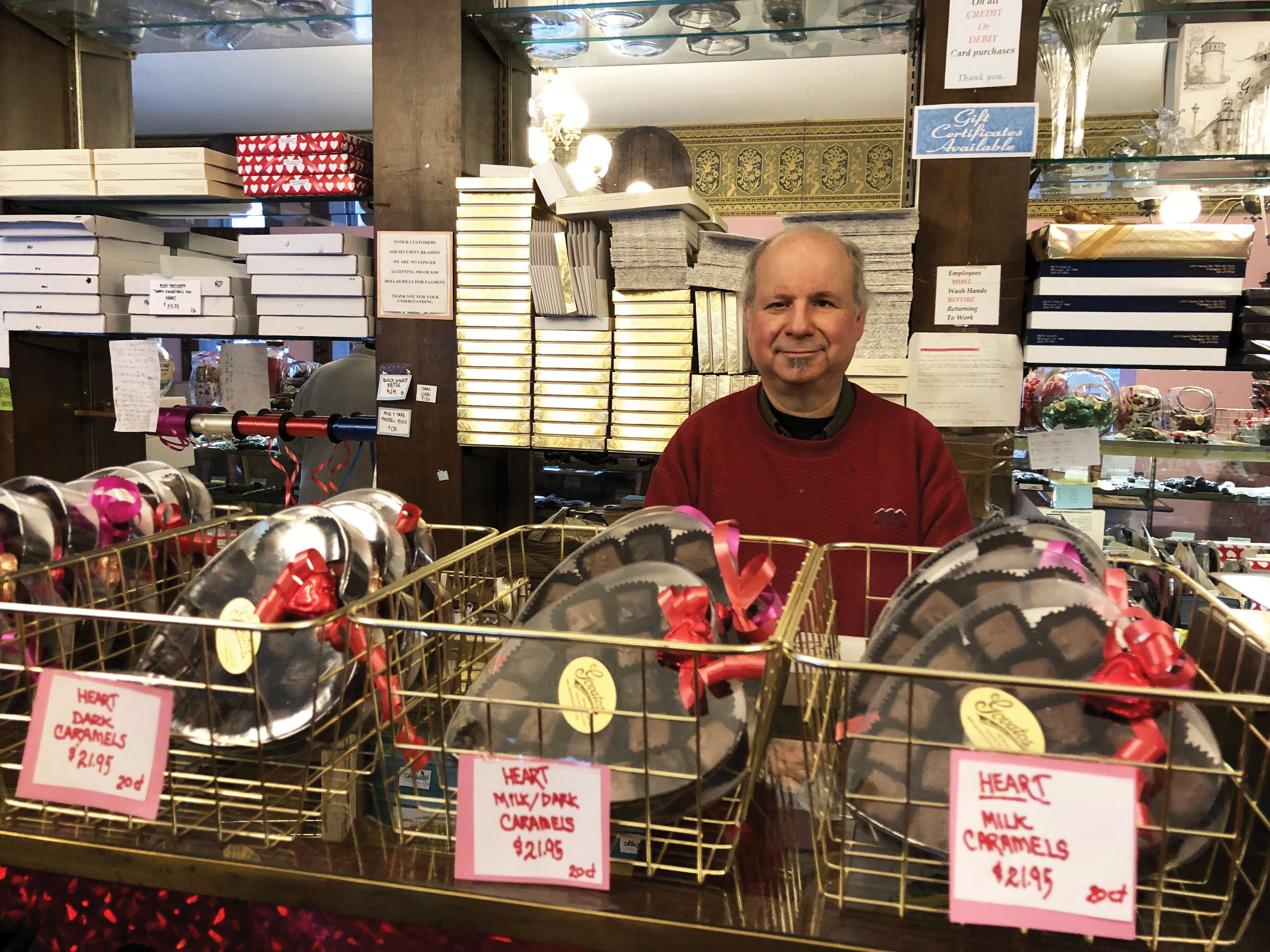 The chocolate making isn’t the only old-school operation at the store. Orders are still taken over the phone; although the store has a website, it doesn’t engage in e-commerce. Callers might receive a busy signal, or maybe no answer at all.

Nick is approaching 50 years in the business; his brother is at about 40. Neither Nick’s daughter, who is just about to enter college, nor his son, who works for a bank, has shown interest in being their dad’s successor.

There is the option of having a non-family member run the place while keeping the company in the family, but Nick hasn’t made any concrete plans.

He says he still has “a lot of gasoline in the engine.”

“It’s been 120 years in business as a family and it hits you hard, it really does,” Nick says. “We have a lot to be thankful for. We’re enjoying what we do.”