The ranch, in California’s Sacramento Valley, marked its centennial with a celebration for the business community, a private family event and an employee lunch.

The Business: Ralph Gorrill, who had a degree in engineering from the University of California, Berkeley, was working on road and bridge projects for the state in the Durham, Calif., area. In 1918, he acquired about 2,400 acres from the Stanford University Trust, which was selling sections of what was then known as the Stanford-Durham ranch. The land, renamed the Gorrill Ranch, had been used for pasture and for growing wheat.

Using his engineering skills, Gorrill leveled the ground and designed a gravity-fed irrigation system. He began farming rice, which was then a new crop in the Sacramento Valley.

“All of the engineering that he put in place is really the foundation of our entire irrigation system for rice,” says his great-granddaughter Correen Davis, 40, Gorrill Ranch’s managing partner and chairman of the board. Today, the ranch produces medium- and short-grain rice as well as prunes, almonds, walnuts and pecans.

Ralph’s three daughters, Sally, Anne and Jane, inherited the ranch when he passed away in 1964. They hired a non-family ranch manager, who handled the day-to-day operations while the sisters oversaw the ranch from the board level.

“That’s been the foundation of our family culture, from early on,” Davis says. “And it’s the way we operate today.”

The third generation followed in the footsteps of the second. “We formalized our governance structure early on, and had a formalized board,” Davis says.

Davis is the only family member working in the business, which has between 20 and 25 employees. In her role as managing partner, she deals with financial management as well as legal and governance issues.

Davis took over in 2008 from her aunt Nancy Piret, who had succeeded her aunt, Ralph’s daughter Anne Chiapella. Davis says it wasn’t until she stepped into the role that she realized that few women hold top positions in farming.

“I definitely don’t think that my great-aunt and my aunt saw themselves as trailblazers or breaking the mold,” Davis says. “They just did what needed to be done.

“Really, our founders are not only Ralph, but also his three daughters. They were the ones that established a passion for agriculture and business within their kids. And that was what allowed us to continue.” 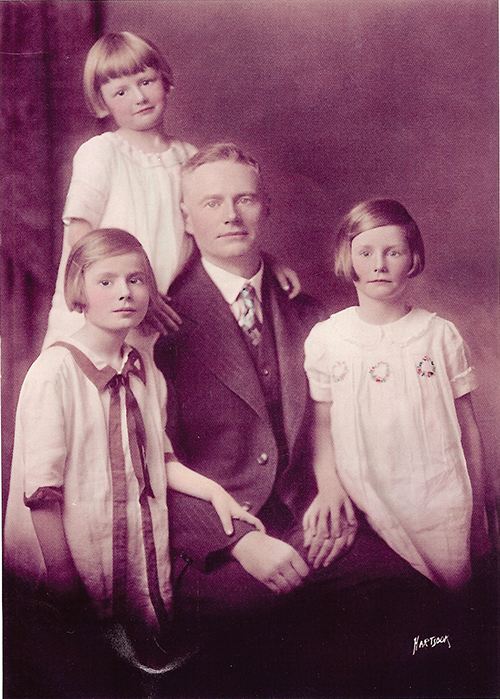 Although Ralph’s sons-in-law did some work on the ranch, the women were the ones managing the business side. Davis says meeting minutes prove “the things that they were making decisions on were huge capital expenditures, and they were really deciding the strategic direction.”

The ranch, located about 10 miles from Paradise, Calif., escaped damage from the Camp Fire, the deadly wildfire that started in Butte County on Nov. 8, 2018. One Gorrill Ranch employee, a resident of Paradise, lost everything in the fire. Other employees and family members were temporarily evacuated when the crisis struck.

The Family: The Gorrill family formed a family council in 2009. “I had done a lot of reading as I was preparing myself to come into the family business, and recognized right away that a family council was exactly what our family needed,” Davis says. Third-generation member Carla Chiapella is the family council chairperson.

There are 24 family business owners: one G2 (Anne Chiapella), 10 G3s and 13 G4s. (Currently only the founder’s lineal descendants are owners.) There are 18 G5s.

“Everybody who is a family shareholder is considered a part of the family council,” Davis says. A volunteer three-member family council steering committee organizes two council meetings a year.

Family members live as far away as Pennsylvania. Most make their homes in other parts of California; visiting the ranch for them involves taking a plane or making a three- to four-hour drive.

The Celebration: On Friday afternoon, July 20, Gorrill Ranch hosted a celebration for the business community. The approximately 275 invited guests included friends of the ranch, family, community members and business partners. The event featured farm tours, lunch and a short program that included remarks by U.S. Rep. Doug LaMalfa (R-Calif.) and other elected officials.

“We were very pleased with the turnout and very honored that so many people came out to be a part of it,” Davis says.

Guests took a hayride to Butte Creek, a tributary of the Sacramento River, to see fish screens and ladders (structures that allow fish to bypass a dam) built in 1999. Former ranch manager Don Heffren oversaw the project. These structures, enthusiastically supported by Piret and the Gorrill Ranch board, were part of a community project to improve the fate of Chinook salmon returning to the creek to spawn.

“Through combined efforts in the late ’90s, we were able to remove four dam structures that were on the creek and improve them with fish screens and ladders that allow the fish better accessibility to their spawning grounds,” Davis says.

In the late 1980s, there were fewer than 100 adult salmon returning to Butte Creek; today, more than 10,000 salmon on average return to the creek.

“We realized, as we were trying to figure out what to do for this hundredth anniversary, that it’s not just the story of the Gorrill family and Gorrill Ranch, it’s really more a story about our industry and our community,” Davis says. “And the fact that we can survive for 100 years as farmers in California is a testament to the community in which we exist and our industry. It has taken partnerships with our neighbors and our business partners and our community to allow us to succeed and to be here for 100 years. And we didn’t want to miss an opportunity to say thank you to our community for being a part of the story.”

Davis calls the Butte Creek salmon restoration project “a highlight” of those community partnerships. “We just felt like it was a good foundation to share that story and bring it into the broader picture in [acknowledging] that our hundred-year success is because of partnerships with folks in our community and our industry.”

The following day, the Gorrill family had a private celebration. “We did what we called a field day in the morning,” Davis says. “We really wanted to get the fifth generation involved.” Many of the G5s were visiting the ranch for the first time, she notes.

The G5 members, whose ages ranged from 2 months to 18 years, participated in age-appropriate farm experiences. The older group toured the farm and orchards and the Butte Creek fish screen and ladder; they were also invited to drive tractors. Carla Chiapella organized a scavenger hunt for the younger children.

“It was a great day, and it was really fun to see the third generation delight so much in seeing their grandkids experience the farm for the first time,” Davis says. “It was a very special experience for our family.”

The family celebration concluded with a special private dinner on the farm.

Later in the summer, Gorrill Ranch hosted a picnic party for employees and their families. “We recognized four of our long-term employees who had been with us for more than 25 years each, and gave everybody a gift, and thanked our crew for being a part of our story,” Davis says.

The Planning: Davis says the family started discussing ways to celebrate about 18 months before the events. “This was on our family council agenda probably for two years, and [the plans] went through lots of iterations,” she says with a laugh. 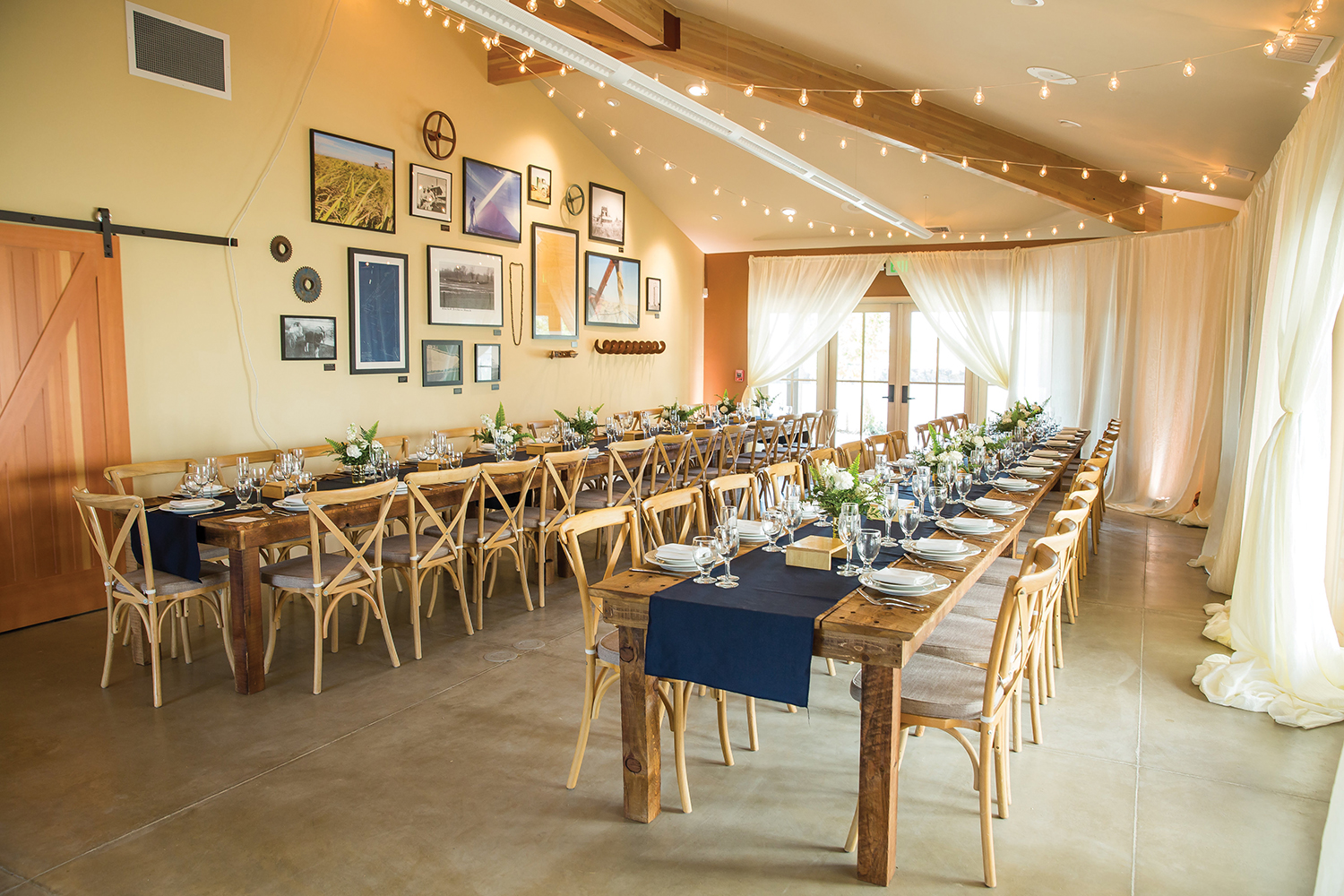 Carla Chiapella and the family council organized the family celebration, with support from management. Davis and Gorrill Ranch’s non-family CEO, Daniel Robinson, worked in tandem with the board to plan and execute the business celebration.

Going through Ralph Gorrill’s files to research the farm’s history and prepare for the celebrations was a moving experience, Davis reports. “We have all of our records from the first bookkeeping of the ranch in 1918. It looks like Ralph took a note with the Stanford University Trust, and he paid off the ranch by 1935. The files have that beautiful cursive writing, saying, ‘This was your rice expenses for the year’ in 1919, for example.

“You feel like you’re touching a part of history. And to have that foundation is very, very special.”

The Response: Davis says the milestone celebration brought her family together. “The fourth generation, over the last, maybe, five years, has come to appreciate and realize that the opportunity to be a part of a hundred-year-old family business is not something you see every day,” she says. “We really have recognized that the opportunity to provide our children with a perspective of where they came from and the values that their ancestors held — in terms of sustainable farming and respecting the environment and the nobility of agriculture and growing food — is a priceless thing. And that really, I think, was evidenced by the experience that the kids had out on the farm.” 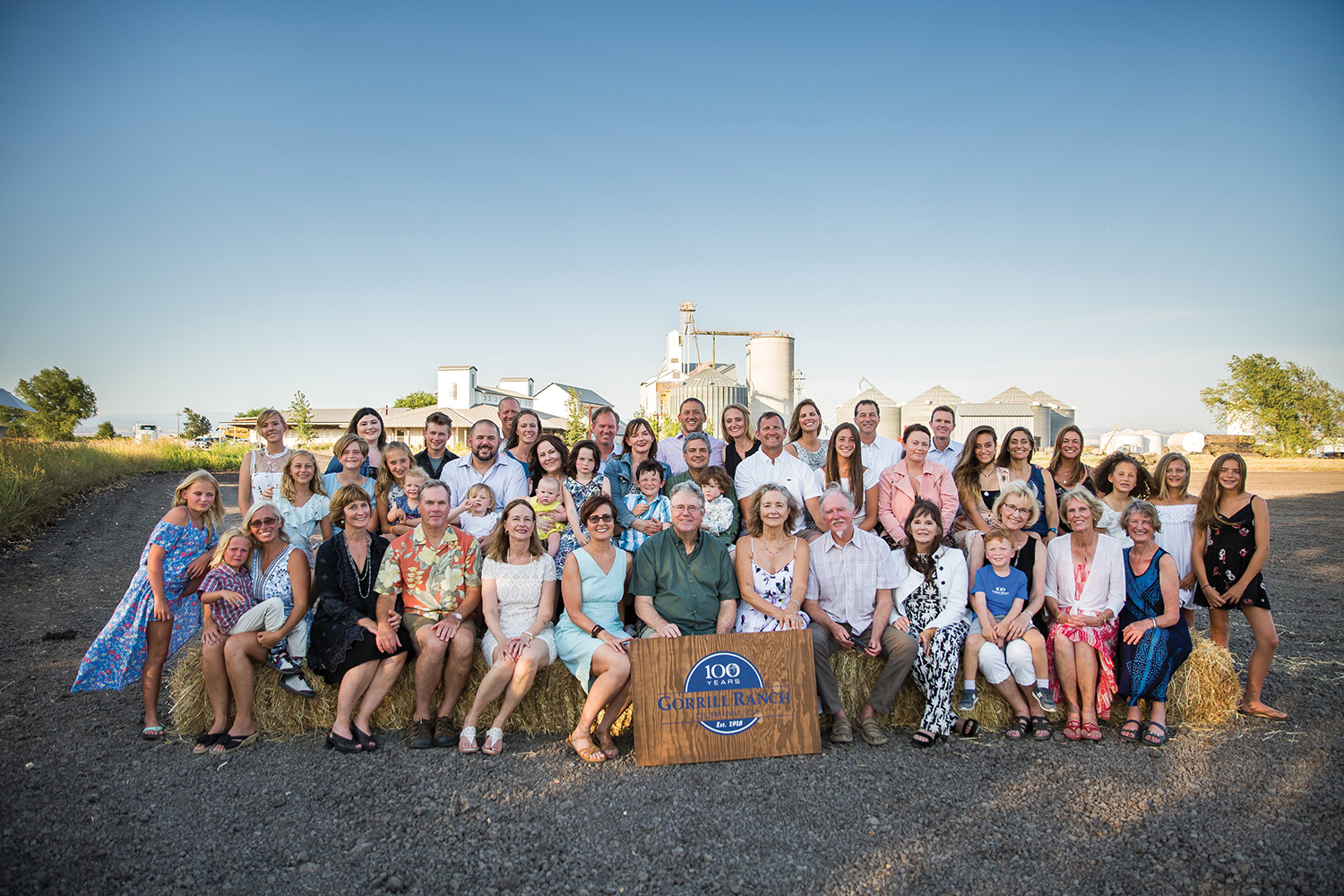 Even though “families are crazy-busy these days,” Davis notes, “we had every single G5 on the ranch. And that was very special. There are 18 of them, and they were all there.”

The business celebration was a hit, too, Davis says. “We just feel so pleased with how it went. We had a lot of positive notes and congratulations from folks that attended.”

The Advice: Davis urges family firms planning milestone celebrations to start early. “Allow the family enough time to give input, so that the process feels very organic,” she recommends.

She notes that the planning for Gorrill Ranch’s events happened “very naturally, because we had been talking about it for so long. It didn’t seem like such a heavy lift when we got to deciding what to do.”