The company, based in Chicagoland, produced a video timeline to highlight the milestone. The family celebrated with employees at a year-end party that featured a special gift.

The Business: James F. Gallagher Sr., a native of Chicago’s South Side who didn’t make it past fifth grade, began selling liquid asphalt after “working here and there in sales,” says his grandson Patrick Gallagher, 48. “One thing led to another, and he bought some old parts for a plant,” taking out a second mortgage on his house to fund the purchase, says Patrick. Gallagher Asphalt Corporation was established on June 5, 1928. The company opened its first plant in Chicago in 1932. 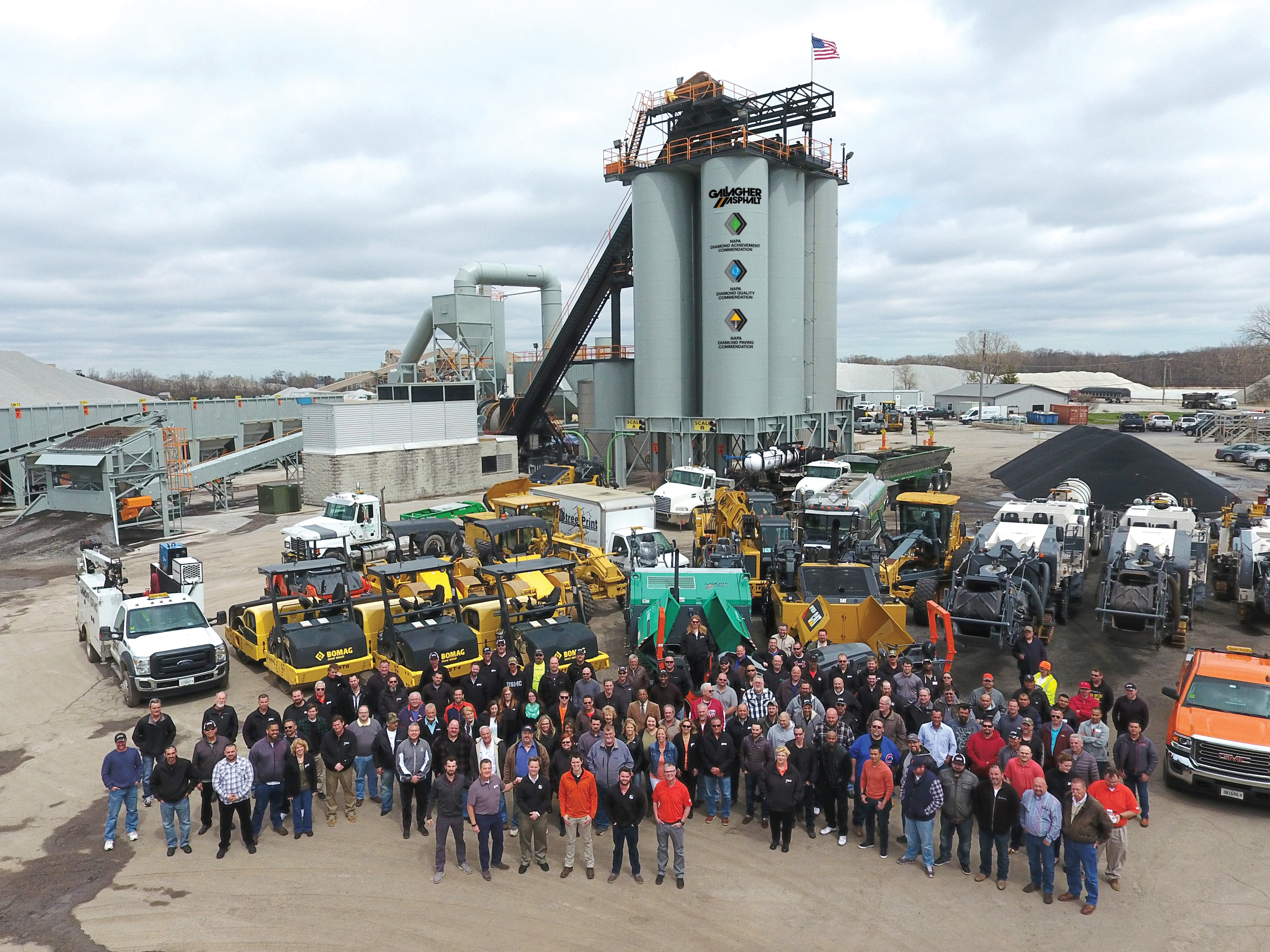 The business managed to grow during the Great Depression. James successfully bid on the contract to provide asphalt for the city of Chicago through the Works Progress Administration. In 1937, the company built its second plant and main offices in Thornton, Ill.

James was a leading advocate for the industry, which was then in its infancy. He served on the board of the newly formed Illinois Road Builder Association and in 1938 instituted an advertising campaign to raise public awareness that gas tax moneys were supporting construction projects. The aim of the advocacy campaign was to stop politicians from diverting gas tax funds for other uses.

The G2 brothers entered the industry as the interstate highway system was being built. “They really got to get on the roller coaster when it was going up,” Patrick says. Gallagher Asphalt was involved in the initial construction of I-94, I-80 and I-57.

“They were very successful at being able to build a brand and build the reputation of a family-owned company that is cutting-edge but also high-integrity,” Patrick says. The company became a preferred paving contractor for high-profile public and private projects, such as Lake Shore Drive, the Dan Ryan Expressway and new shopping malls throughout Chicago’s South Side. 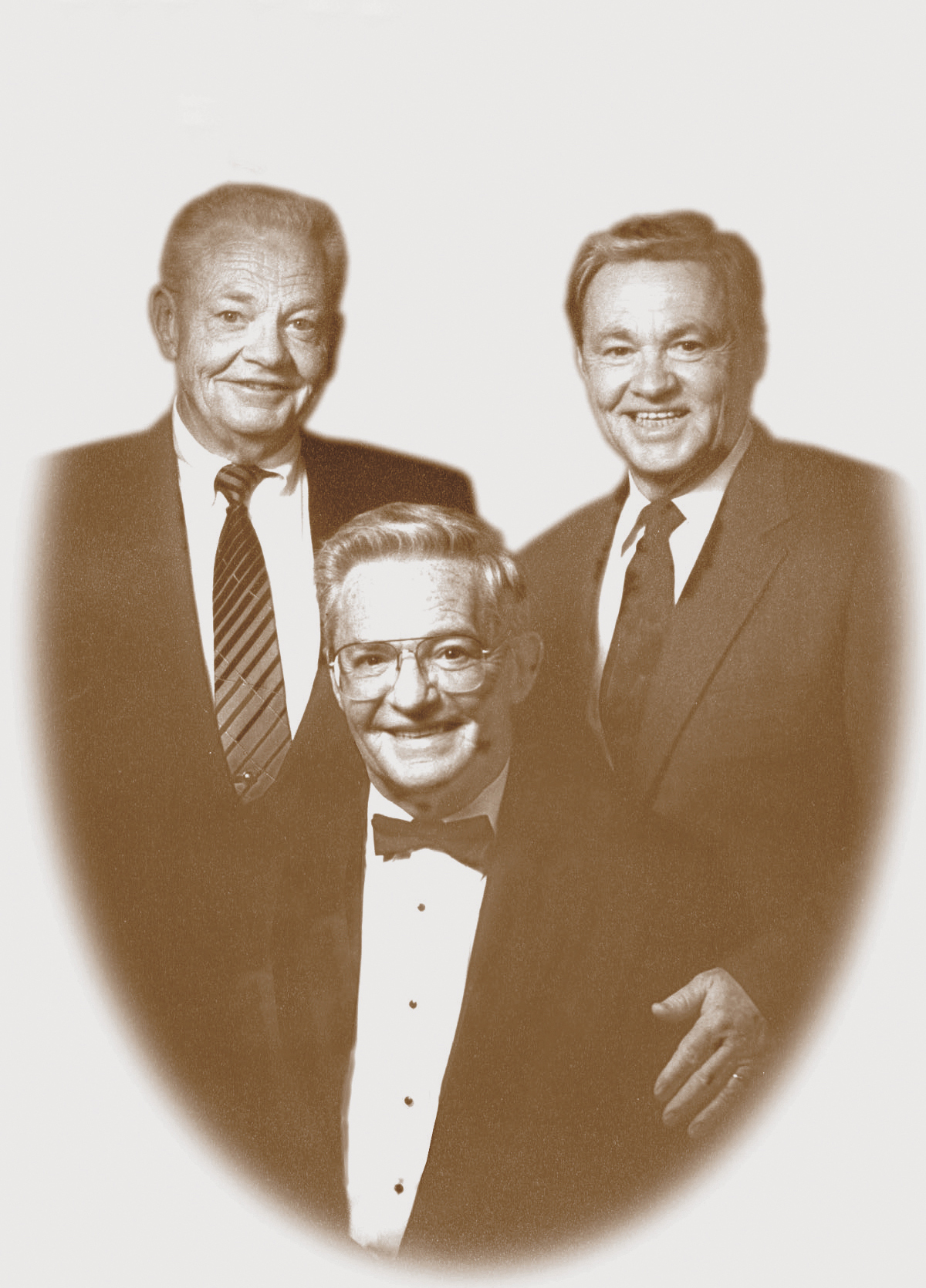 James Gallagher Sr. retired in 1965. Following in their father’s footsteps, his sons played pivotal roles in the industry at the national, state and local levels, advocating for investments in infrastructure and serving as association leaders.

Donald, Patrick’s father, was chairman of the National Asphalt Pavement Association (NAPA). James Sr. had been instrumental in the creation of NAPA’s predecessor, the National Bituminous Concrete Association, in 1955. Donald was one of the founders of the National Center for Asphalt Technology, established by NAPA at Auburn University in 1986.

“We’ve always been regarded as early adopters of cutting-edge technology and approaches to the art and science of building roads,” Patrick says. “That started even with the founder, who had several patents with his name on it. There’s been this reputation [that] Gallagher runs toward continual improvement and is never satisfied with status quo. We always want to be on the cutting edge of things.”

During peak times, the company employs up to 250 people, including hourly workers.

Gallagher Asphalt prints its mission — “Moving Families Forward” — on its promotional materials, along with the company’s vision and values.

Donald’s son Dan, now 58, joined the business in 1984. Jack’s son Charlie, 60, followed in 1985. Patrick received a graduate degree in integrated marketing communications from the Mitchell School of Journalism at Northwestern. He worked in advertising in Chicago and Dubai before entering the family business in 2000.

Today Charlie serves as the president, Dan is chief operating officer and Patrick is vice president. The three of them are the only family members with an ownership stake in the business.

Charlie’s brother Dave, who joined the business in 1984 and served as vice president of construction, retired in 2005 and passed away in 2012. Charlie’s oldest brother, Bob, worked in the family company from 1978 to 1989. He left because of health issues and passed away in 1996.

Like their fathers and grandfather, the G3s took on leading roles in industry associations. Dan Gallagher is the past chairman of NAPA. Charlie is a former president of the Illinois Road and Transportation Builders Association. 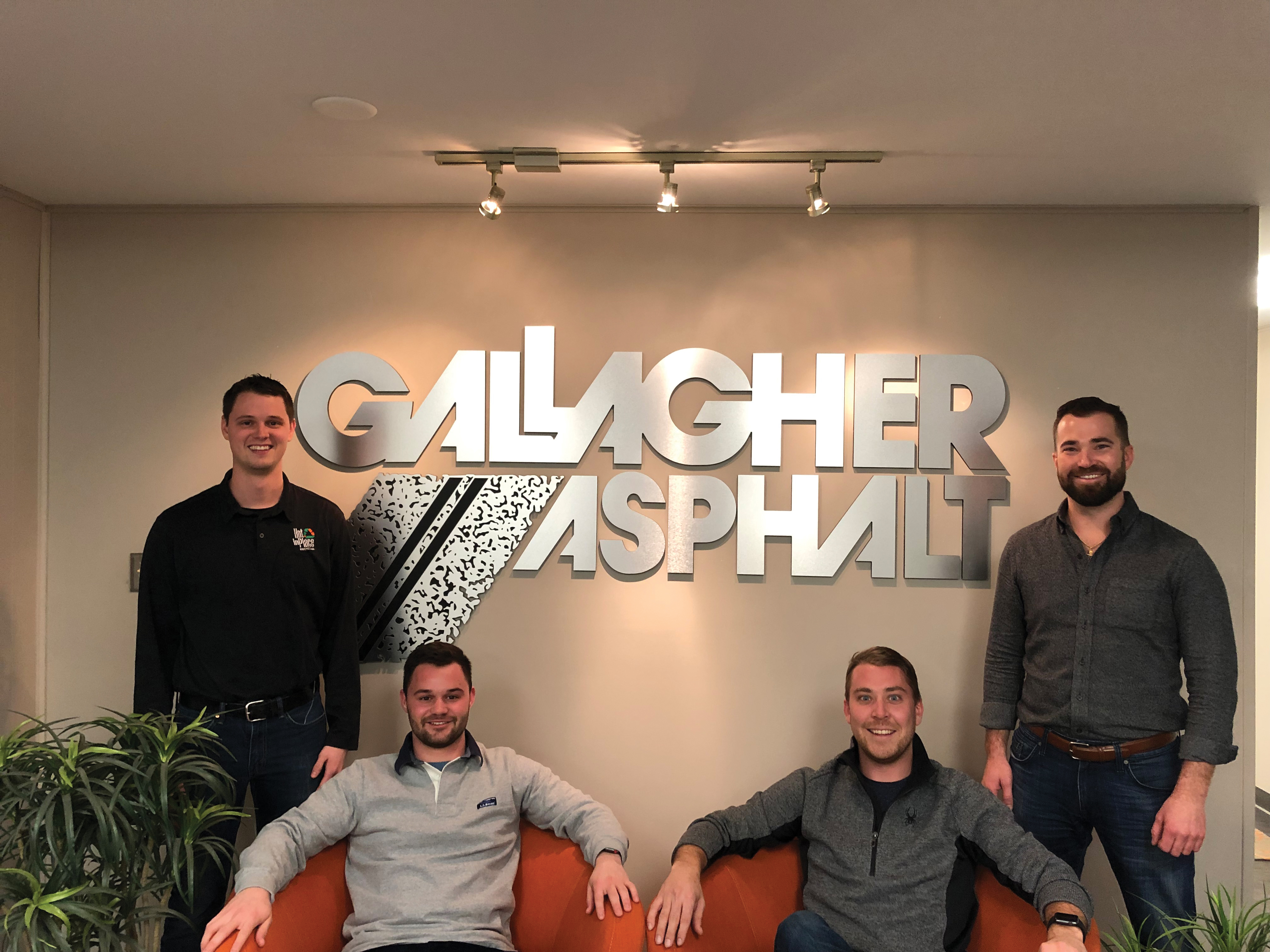 The Gallagher’s family employment policy requires the G4s to work elsewhere for a minimum of four years after graduating college before they are eligible to enter the family business. All four G4s bring experience and perspective from different industries to the family firm.

“They’re definitely filling seats on the bus that make good sense for the organization and are good fits for them as well,” Patrick says.

Patrick’s three children are still in grade school and high school. “I don’t think we’re done yet with additional G4 members choosing to be a part of the future here,” he says.

“She knew our grandfather, where so many people in the room didn’t know him,” Patrick says. “That was interesting, to recognize her for being the bridge that knew the founder and the second generation and raised some of the third generation.”

At the brunch, the third-generation owners delivered remarks and distributed service and other awards to employees. “That was the extent of it — to really let people know that we believe [reaching 90 years] is a big deal, statistically, for a third-generation, family-owned company in, mind you, a very competitive market,” Patrick says.
“This was just simply a time for us to step back and say, ‘This was a very notable milestone, and we all need to be grateful and proud, and continue to work together as an organization to take us to the next level.’ ”

The company also created a 90-year direct-mail timeline, which was sent to customers, suppliers, politicians and industry members in July. A 90th-anniversary video debuted at the Dec. 9 event. 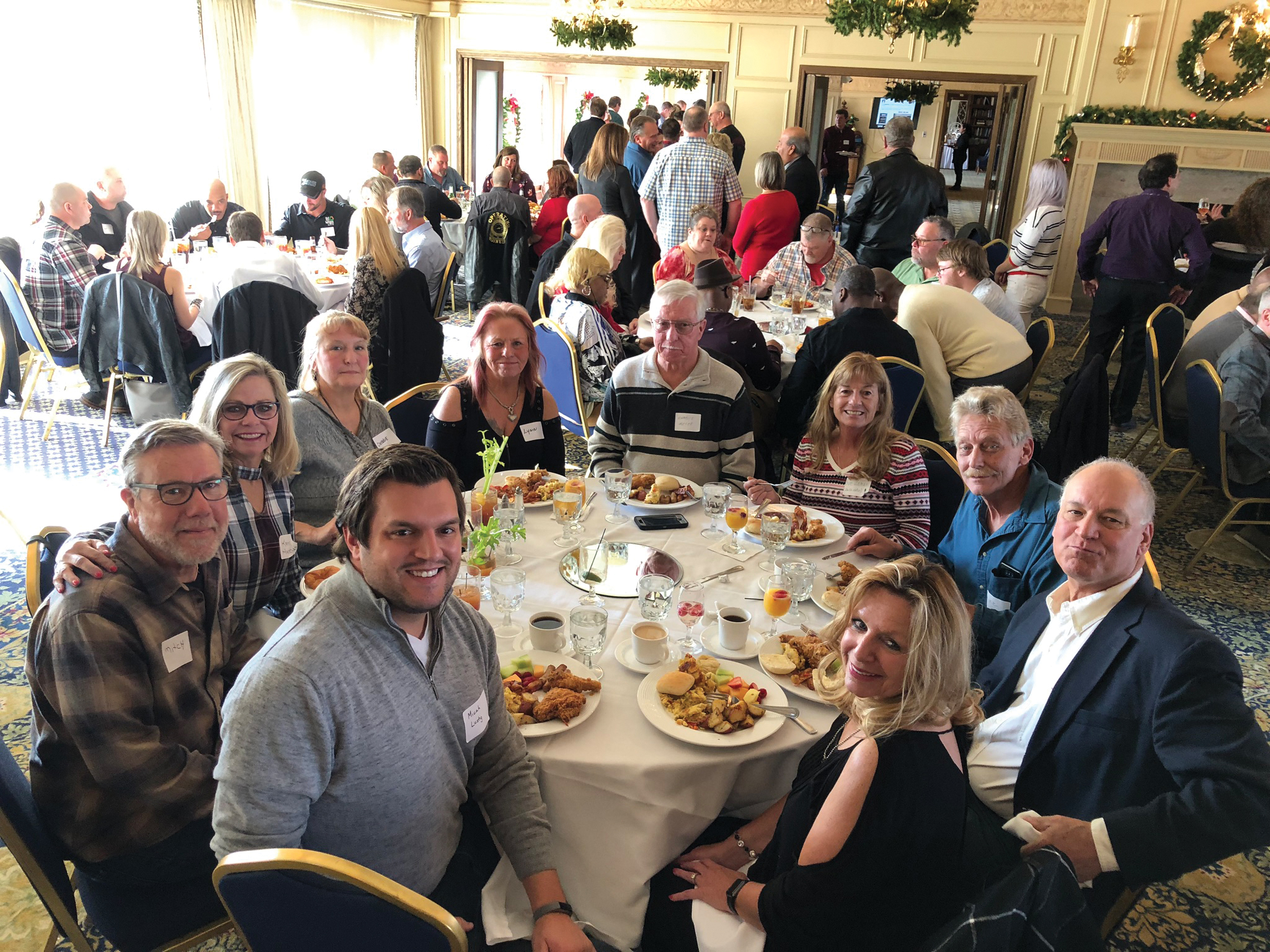 The Planning: The preparations began in March, just nine months before the event. “We were able to quickly determine what we wanted to do,” Patrick says. “We kicked around some different versions — do we invite key customers or suppliers or vendors, bankers, or do we keep it a little bit more in-house? And we decided, let’s do a nicer, private affair, off-site at a country club with the employees and allow them to bring their significant others.

“If we were too preoccupied hosting and talking with lawyers and bankers and customers, it might detract us from being able to spend time with employees,” Patrick explains. “And we didn’t want that to be the case, in this instance.

“People were, I think, really touched by it.”

Patrick did the bulk of the planning, working with a marketing design firm to create the promotional materials and with employee relations director Sonia Martinez to pull the party together.

“We felt like the end of the season was the best time to be able to [celebrate] with our families and employees, rather than in the middle of the year, when everyone’s so busy, and people are on vacations and all that good stuff,” he says.

The Advice: Patrick suggests business owners planning to mark a milestone consider who should be a part of the event — “with the understanding that bigger isn’t always better.” 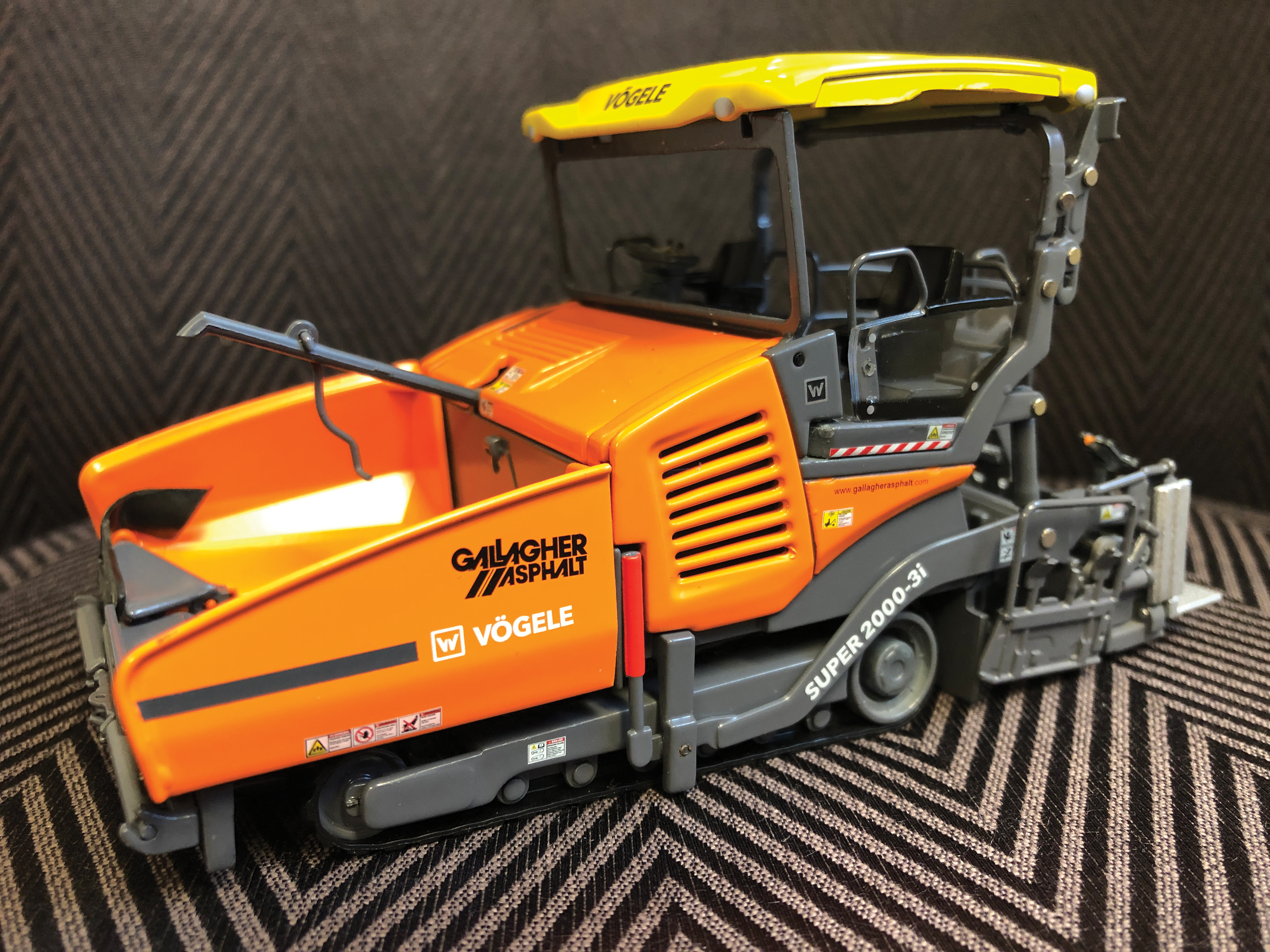 “I think it needs to be reflective of your culture. You wouldn’t want it to be something that’s a stretch one way or the other. Certainly, there’s plenty of companies that have a very different culture than ours. Some may be way more unbuttoned, and some more buttoned-up. Whichever way it is, I think [the event] needs to be in line with the culture and the climate of your company. It’s also an opportunity to reinforce what you want the culture and the climate of the company to be.”