To celebrate 30 years, the magazine is honoring 30 enterprising families who are dedicated to good governance.

The Business: Milton L. Rock, Ph.D. (1921-2018) joined Edward N. Hay in 1949 to establish a compensation and human resources consulting firm and became the Hay Group’s managing partner. Milt’s son, Robert H. Rock, joined the firm and worked alongside him. At the time of its sale in 1984, the Hay Group had 2,000 consultants and 90 offices in about 25 countries. 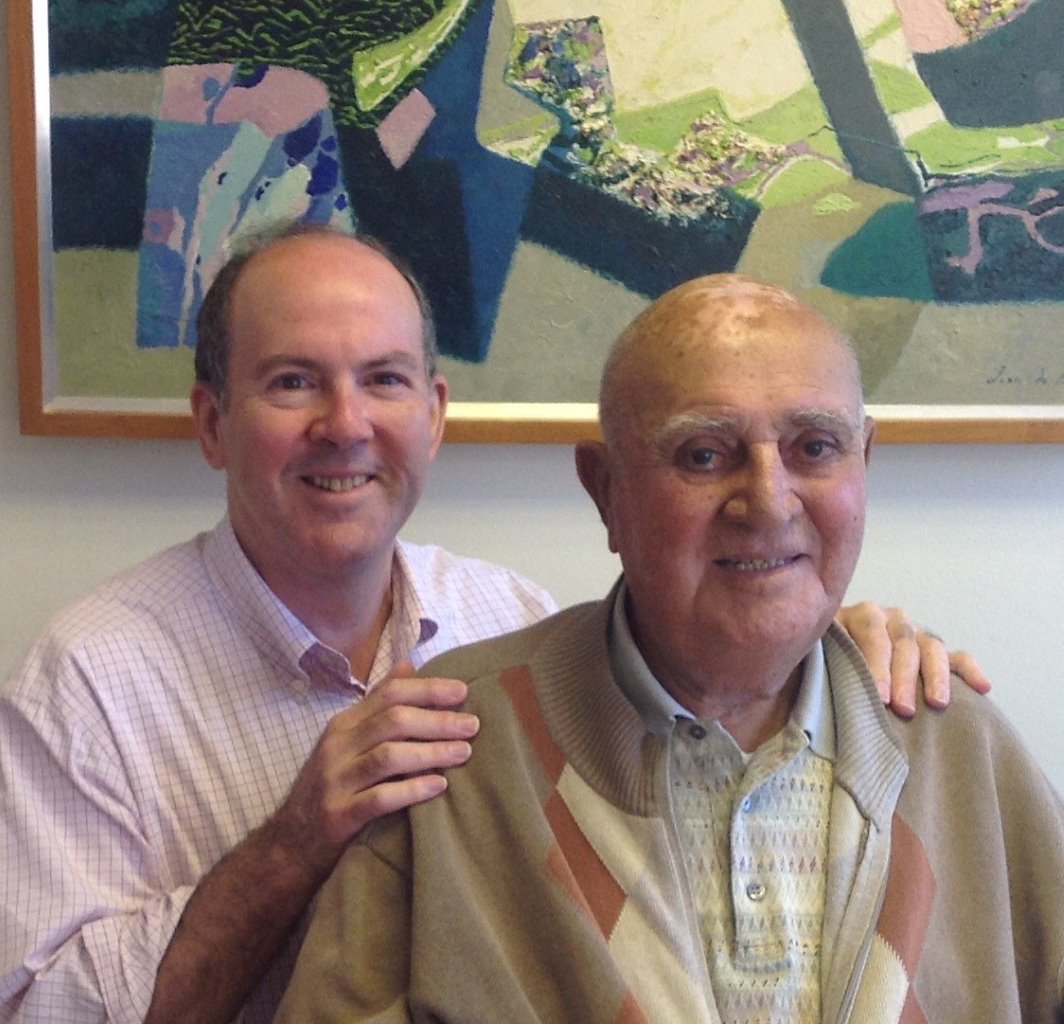 When the Hay Group was sold, the Rock family bought back the publishing unit. Bob stayed on as CEO at Hay until 1987, when he joined his father and their longtime partner Charles E. Fiero at the publishing venture, called MLR Holdings LLC. The business grew to include Mergers & Acquisitions (now owned by SourceMedia), a chain of 16 newspapers (sold to Journal Register Company in 2001) and a financial information provider, IDD Enterprises (sold to Dow Jones in 1995), among other businesses. Today, MLR Holdings owns and operates MLR Media, the parent company of Family Business Magazine and other media properties, as well as Uptime Institute, the global leader in data center certifications, and 451 Research, a leading provider of business intelligence for the technology markets.

In September 1989, MLR launched Family Business Magazine. At the time, business schools were just starting to recognize the importance of studying family enterprise. Family business consulting had emerged as a professional specialty, but most business families didn’t know where they could go for help. What’s more, they were unaware that other family business owners were facing similar challenges.

An internal staff memo prior to the launch of the magazine said, “a market exists for a publication called Family Business because no other magazine seems to be serving the interests of this market adequately — and because people in the family business market seem to want such a magazine.”

The first employees of Family Business worked out of an old Victorian house in the small town of Great Barrington, Mass. In the summer of 1990, the magazine’s operations moved to Philadelphia, MLR’s home base.

Like other owners of privately held family companies, the Rock family took a long-term, values-based view of their business. The publication changed its format from a monthly glossy magazine to a quarterly journal in 1992. Family Business again increased its trim size and became a full-color publication in 2006. A fifth annual issue was added in 2008, and the magazine became a bimonthly in 2012. Family Business has published a digital newsletter since 2003 and now also connects with its audience through a variety of digital platforms and live events.

“We believed we could help enhance both their businesses and their families by providing advice and guidance on how best to address their opportunities and challenges. By helping to professionalize their management and governance, we thought we could help raise the image and the status of family businesses, which were often viewed as ‘ma and pa shops.’ ”

Family Business, which had presented conferences in the 1990s and early 2000s, developed a new conference series, Transitions, in 2010. Transitions has provided a venue for family business stakeholders to meet each other in a confidential, no-selling environment with an emphasis on peer-to-peer learning and networking. Family business panelists and speakers share their experiences, describing the challenges they have faced and the strategies that have helped them along the way.

The Family: Bob’s wife, Caro U. Rock, became publisher of Family Business in 2005. After a career in finance, Caro had joined the family’s newspaper business in 1990 and five years later founded and led a weekly paper, Main Line Life, which reached more than 15,000 readers in Philadelphia’s western suburbs. Main Line Life was named “Best Suburban Newspaper” multiple times by the Suburban Newspaper Association.

Caro herself grew up in a family business in Kansas City, Mo., that manufactured and sold Ceresota and Heckers Flour, Wheatena and Maypo hot cereals and Patio Chef Charcoal.

In 2018, the Family Firm Institute honored Caro with its Barbara Hollander Award for professional achievement. 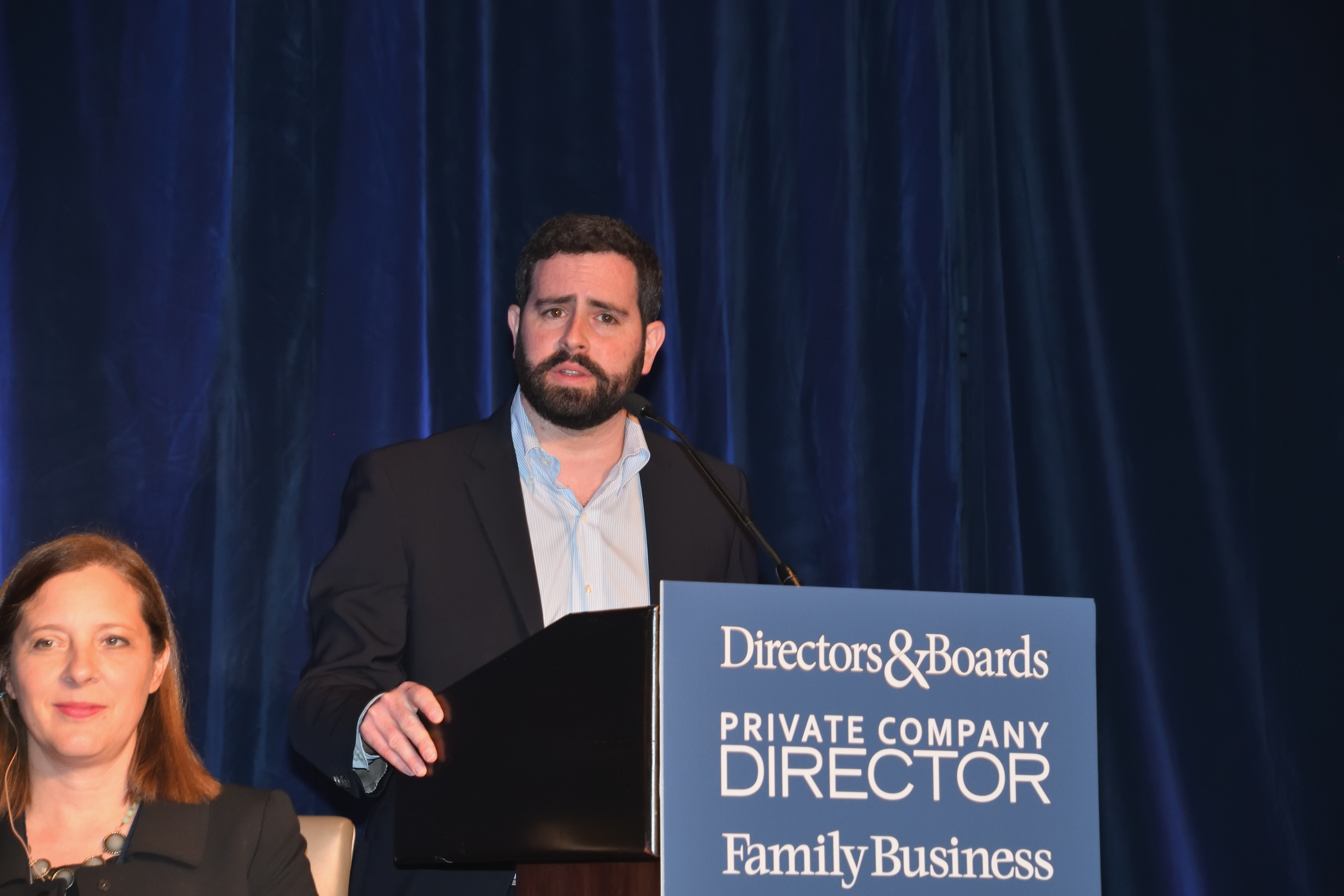 MLR became a third-generation family business in 2008, when Bob and Caro’s son Bill Rock joined the company. Today, Bill is president of MLR Holdings and works alongside his parents at the company’s Philadelphia headquarters.

The Celebration: Family Business Magazine’s publishing team felt strongly that the 30th anniversary celebration should focus on business families and governance excellence. This decision was made in accordance with MLR Media’s mission to provide public and private company directors, leaders and owners of multigenerational family businesses and C-suite executives with knowledge and skills to be successful in their roles.

Thirty family businesses or enterprises that have made exceptional progress in governance are profiled in this special anniversary edition of the magazine. Members of several of these families will speak about their governance journeys at the Transitions Fall 2019 conference in Newport Beach, Calif., Nov. 6-8.

“Since for 30 years we have been covering the dynamics, complexities and challenges that family businesses face, we felt it was the correct decision to make them our focus for this special anniversary issue,” Caro says. “We all know how difficult it is to sustain a company beyond the third generation. As a result, we have enormous respect for what these companies have accomplished in their stewardship.

“We hope that Family Business Magazine has, in some measure, helped them survive and thrive into the future.”

New one-year subscriptions to Family Business are being offered at the special price of $30 (regularly $79) in honor of the 30-year milestone.

A party for the Family Business Magazine team is planned for later this year.

“I am proud that for three decades Family Business has contributed to the advancement of the field and has continuously underscored how good governance of family businesses can lead to improved business performance and family dynamics.” Bill says. “I am fortunate to have been on this mission with my grandfather and my parents. Working together has brought us closer, and I have been honored to learn from them for over a decade.”

The Planning: The idea of honoring 30 exceptional business families was first raised at an MLR Media editorial committee meeting in early 2019. Honorees were nominated by Family Business team members as well as members of the magazine’s editorial advisory board. The editorial and publishing teams discussed the candidates and narrowed the list down to the final 30. Honorees were notified in late May.

The Advice: Family Business Magazine has championed family companies’ celebration of their longevity and has encouraged them to publicize their major anniversaries. The magazine began publishing a list of the oldest family companies in 1999 and has continued to update the list.

Family Business has published this “Celebration Corner” section, highlighting family firms’ milestone celebrations, since 2015. Readers have told the editorial team that they use this section as a guide when deciding how to celebrate their own business anniversaries.

Successfully managing the challenges to family business sustainability — which can arise on the family side as well as the business side — is truly something to be celebrated. Through our magazine, digital offerings and conferences, Family Business is committed to helping our audiences reach the next big milestone.

Reflections on entering the third generation

By Caro U. Rock

I was never sure that Bill would come into the family business, but I am delighted that he has. I knew he could add valuable perspective and insights into how to operate and expand our business. Of course, just as we tell our family business audience, it is best to work outside the family company prior to entering the family enterprise, and that is exactly what Bill did.

What has made our business relationship successful is three-fold: respect for each other’s opinions; adherence to and understanding of our family values, i.e., integrity, work ethic, community responsibility and teamwork; and the freedom to explore new opportunities. We also give each other space to operate.

My husband and I now have four granddaughters, and we couldn’t begin to guess what fields they will go into. They might opt for the family business. I just hope we are around to see the legacy continue into the fourth generation!