Planning to celebrate Elkay Manufacturing Company's 100 years in business began years before the actual centenary in late January 2020, and there is more to come.

In recent years, the company has expanded significantly through organic growth and a series of complementary acquisitions. Beyond its core product offerings, Elkay also provides foodservice fixtures, water delivery products, design services and commercial architectural millwork. It all started in early 1920 with three men, and today em 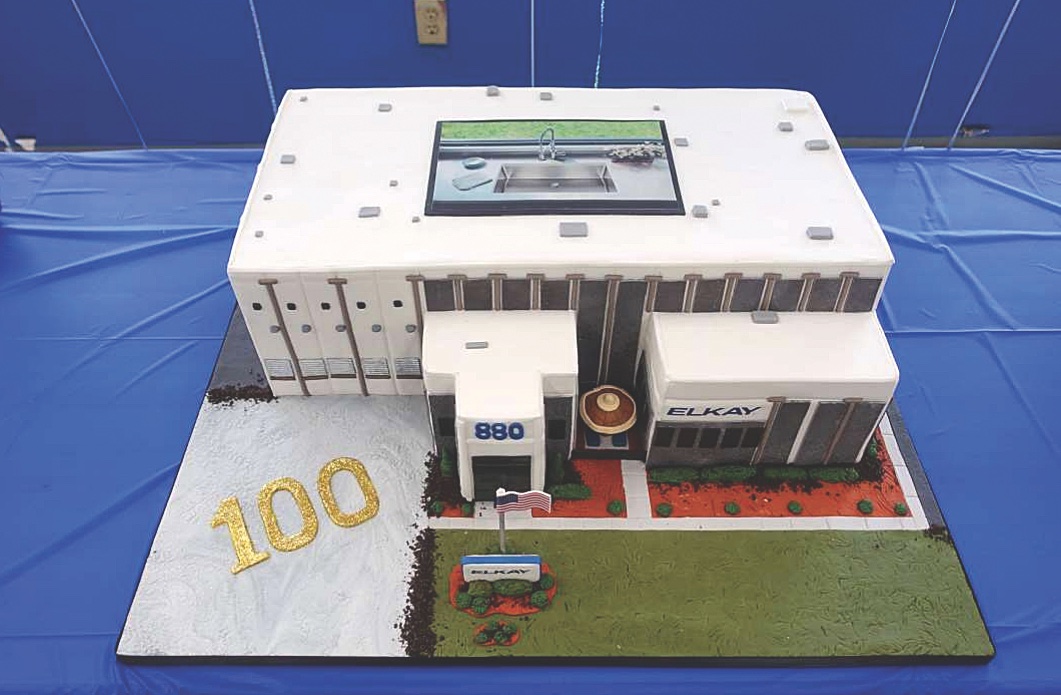 “We’re proud to be America’s top-selling kitchen sink company,” says Ron Katz, the sole remaining third-generation Katz in the business. He has worked for the company for 67 years; last March, he retired as chairman while retaining a seat on the board.

The first decade of Elkay — a moniker derived from a mashup of the names of its founders, Leopold Katz, Louis Katz and Ellef Robarth — saw the business grow out of rented space on Chicago’s Near North Side. By 1930 the hunt was on for a new location, and the company expanded into a larger manufacturing facility. During World War II, the company participated in the war effort and introduced automated manufacturing processes that gradually replaced much of the manual labor involved in fabricating what started out as a mostly handmade product suite. The postwar boom and the explosion of demand for homes and businesses across America brought with it a surge in business for Elkay.

In the ’60s, the company began to diversify, introducing a line of water coolers. By the early ’80s, Elkay had moved into sales through big-box retail and then expanded its water cooler business with the acquisition of Halsey Taylor 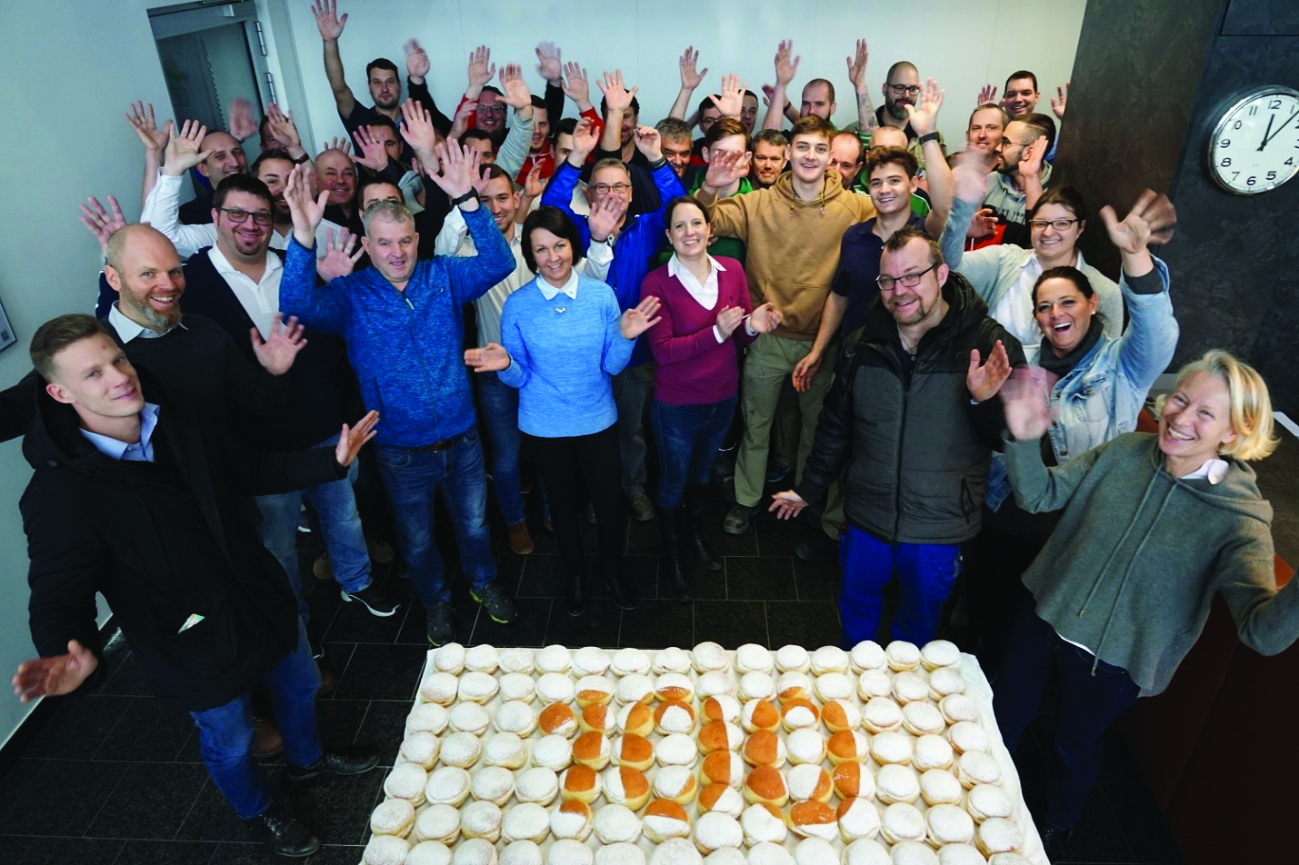 in 1991. In 2009 another strategic acquisition, SSP Inc., added new capabilities to the company’s inroads into the back-of-the-house needs of commercial/industrial and foodservice customers. The following year Elkay introduced its ezH2O water bottle filling station, a welcome oasis in airport terminals and passenger facilities worldwide.

The last half-decade has seen a sequence of acquisitions that build on the core business of Elkay. In 2016 the firm purchased MR Direct, a popular online retailer of residential sinks selling directly to consumers. The next year it bought Interior Systems Inc., expanding Elkay’s ability to offer design, engineering and fabrication services for clients such as fast-casual restaurants, the  hospitality industry and educational institutions. In 2018 Elkay added the seating and décor division of The Marketing Store to enhance the international capabilities of Elkay Interior Systems and then picked up Voda, the Smartwell beverage dispenser manufacturer. Last year the company further expanded its global design capabilities with acquisitions of design firms in Austria and Washington, D.C.

The Family: There are 43 Katz family shareholders, including some married-ins. Originally residing in Chicago, the Katz family today is spread out over 11 states. Ron continues to represent the third generation, and the sixth generation is coming on strong. Currently, there is one G6 shareholder in a generation that ranges in age from a few months to 27.

Three family members are on the board of directors, and Elkay employs four others. All family directors serve on the Family Committee, which is chaired by Laura Gicela (G5). The family also has made it a point to have a family board director assigned to each of the board’s committees. Ron Katz serves on HR & Compensation, Aimee Katz (G4) on Governance & Nominating and Gicela on Finance & Audit. In addition to the seven descendants actively engaged in the business, two additional shareholders serve on the family committee, April Katz and Judi Katz.

From its beginnings 100 years ago, the firm has always employed family. The other family members in the company are Ted Hamilton (G5), president of the Plumbing Division, Lou Katz (G5), ecommerce account manager, Chris Graves (G5), a risk analyst, and Tyler Hamilton (G6), inside sales support.

Elkay prides itself on being privately held and professionally managed. Having independent directors and professional management has been key to the firm’s continued success. Today the 11-member board consists of three family directors, five independent directors, two past presidents and Elkay’s CEO and president since 2019, Ric Phillips. Chairman of the board Tim Jahnke joined Elkay in 2008 as CEO and president and was named chairman in 2020.

Family members are always welcome to join the business. A family employment policy has been in effect for several 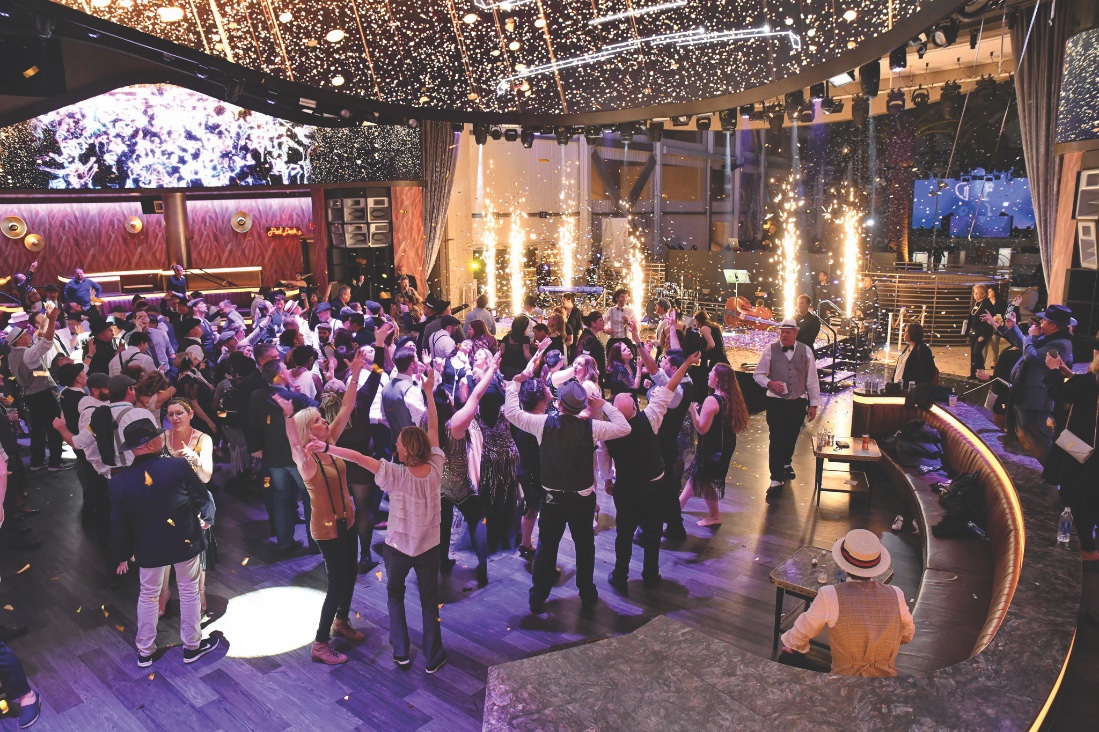 years and is reviewed and updated annually. There is no pressure to join the firm, nor are family members entitled to a job or career. Years ago, many branches of the family moved away from the Chicago area. With that, Gicela says, “we have seen fewer and fewer family members interested in working in the business.

“However,” she adds, “we have family shareholder events every other year at one of our locations to keep all current and future shareholders engaged in the business. We see having engaged and knowledgeable shareholders as a benefit.”

The Celebration: The company marked the anniversary in several ways, creating specially designed activities for its key stakeholder constituencies.

For everyone, Elkay commissioned a commemorative book about the company’s history, recognizing employees — old and new — who have contributed to its success over the past 100 years. Every shareholder, employee, sales rep and core customer received a copy of this book, two years in the making. About 5,000 copies were printed, and books are available at each Elkay location so new employees and visitors can learn a little more about the firm and the family.

For customers, industry partners and shareholders, the company last January celebrated at KBIS, the Kitchen & Bath Industry Show (KBIS) — one of the industry’s key annual events — by creating an award-winning booth that featured a giant ball pool made to look like an ezH2O water bottle filling station. The booth, largest in Elkay’s history at 100 x 90 feet, won “best large booth” at the show and was a focal point for Elkay’s customers and friends across the marketplace.

The company also hosted a “Roaring ‘20s”-themed shindig on the first night of KBIS, dubbed “The Great Katzby” party. The gathering was a tremendous success, reaching the maximum allowed attendance of more than 1,100 guests. Social media posts chronicled the fantastic time attendees were having — so much fun that the company extended the festivities into an after-party that went on for two hours after things were scheduled to wrap. The event ended only when the venue signaled it was time to close.

Elkay hosted its annual all-expenses-paid sales meeting in Hawaii for sales reps, key members of the plumbing business and shareholder families, providing a memorable centennial experience for attendees. In addition to the many sales discussions and awards celebrations that are part of the annual agenda, the company scheduled fun, anniversary-themed activities throughout the multiday event.

For its 2,100 employees, Elkay sponsored “birthday parties” at every location to recognize the anniversary itself. At corporate headquarters, the company hosted breakout sessions with treats and speeches throughout the day, culminating in a celebratory toast. Employees received their commemorative Elkay history book at this event, and the author, Jim Smith, was on hand for signing.

Each location worldwide received a sizable budget to plan a celebratory event for local employees and their families. Event dates would be staggered to allow company leaders and shareholders to attend and celebrate with employees. Unfortunately, because of the pandemic, these events have been postponed. As a gift for all employees, the company ordered commemorative activewear emblazoned with a new Elkay 100-year logo. Company leaders will distribute these gifts during the rescheduled events.

All Elkay locations throughout the world will host a gala. “At each location, we plan to have a couple of executives, along with a few shareholders from Generations 4 and 5, partake in the celebrations,” Gicela says. The company plans to celebrate in 15 domestic locations and a dozen international locales.

The Planning: Planning for the 100th anniversary celebration began three years before the event, which keyed off the company core value “We are in business forever.” Various teams within the company managed different workstreams. The marketing department took the lead with the elaborate KBIS booth and the signature Great Katzby and Hawaii celebrations.

Meanwhile, the human resources department led the charge in coordinating the anniversary history book’s creation, employee gifts and anniversary celebrations, and preparations for the parties to be held in locations around the globe.

“We appreciate the imagination, creativity and professionalism that our teams brought to this multifaceted celebration,” Gicela says. “We received public accolades, awards and appreciation for each of the events we hosted. We were fortunate to have some amazing people planning the events we put together to celebrate the warm and wonderful extended family that makes Elkay possible.”

The Advice: You can never start early enough to plan such a milestone. Besides all the celebrations with employees, customers and shareholders, Elkay wanted to have its history book professionally written and published. That process started more than two years before the centenary. “The celebrations and events will come and go, but the book is something that will be with us forever,” Gicela notes. “It is a piece of our history, both company and family, that everyone can turn to, to learn a little bit more of our journey.”

Elkay’s teams worked with a publisher who provided several résumés and book samples. Three family members, along with the corporate communications manager, interviewed the finalists and made a selection. “Everyone who received a copy of the book loved it! It really helps to bring Elkay’s past, present and future to life,” Gicela says.
Many employees were involved with the book, especially those who have been with the company for many years. Their memories and knowledge helped shape the book. Besides the Katz family, there are quite a few multigenerational families that have worked at Elkay throughout the firm’s first century.

“Celebrating the 100th anniversary is really all about recognizing the company’s employees and everything they’ve accomplished,” Gicela says. “Our people are the reason behind our success, our quality, our service, our ingenuity, our values and our amazing culture.”

Copyright 2021 by Family Business Magazine. This article may not be posted online or reproduced in any form, including photocopy, without permission from the publisher. For reprint information, contact bwenger@familybusinessmagazine.com.