George Washington Vanderbilt came to the Blue Ridge Mountains of Asheville, N.C., in 1888 and built a grand estate, where he lived with his family. Biltmore House, the main residence, is America’s largest home — a 250-room French Renaissance chateau, where the Vanderbilt family’s original collection of furnishings, art and antiques is exhibited. The estate also encompasses more than 8,000 acres, including gardens designed by Frederick Law Olmsted, the father of American landscape architecture. 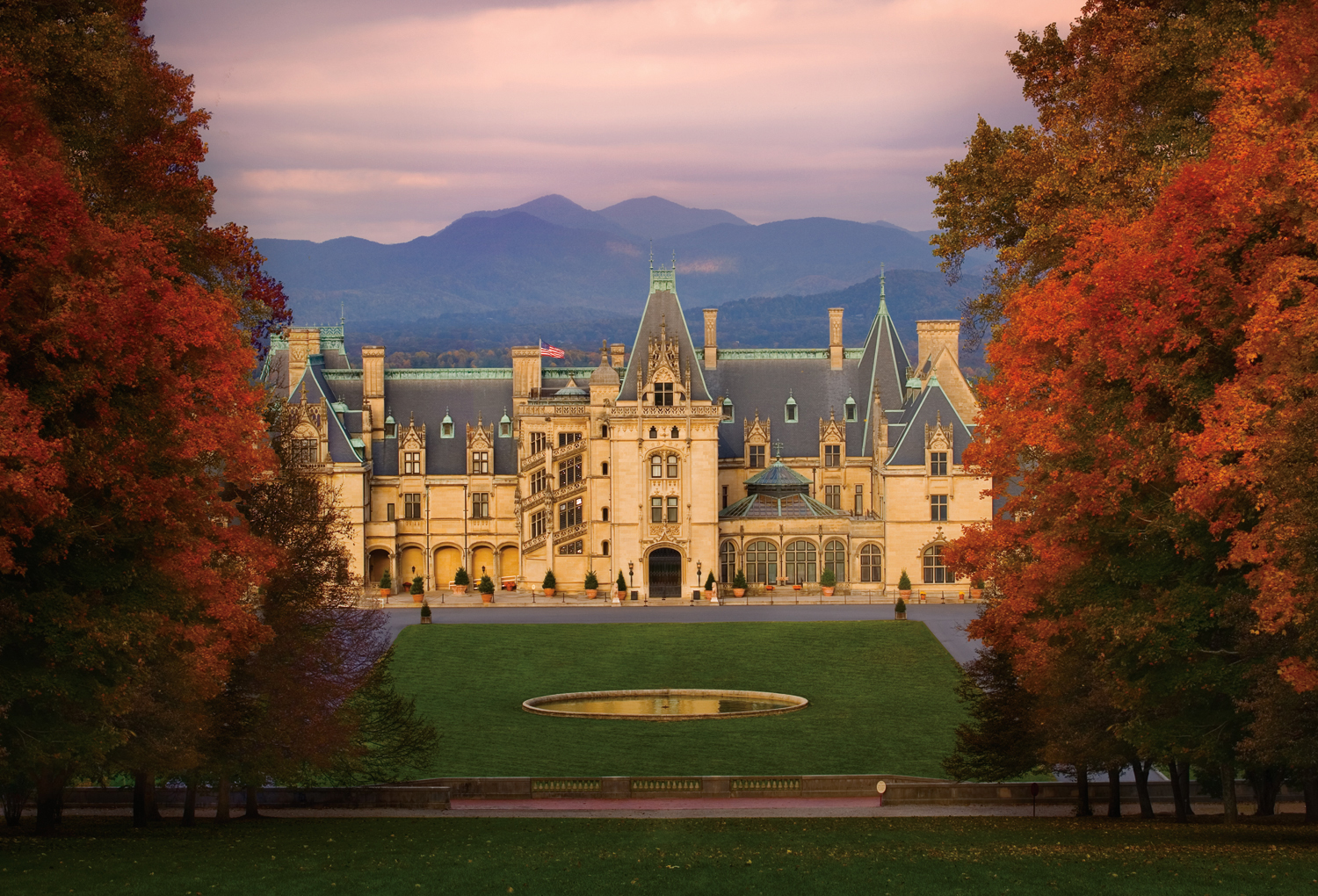 After the founder’s death in 1914, his widow, Edith, managed the estate. Their daughter, Cornelia Vanderbilt Cecil, and son-in-law, John Francis Amherst Cecil, took over in the 1920s. Biltmore officially opened to the public for tours in 1930, but the venture was not profitable. After the Cecils divorced, Biltmore was put in trust for their two sons. The estate president was chosen by George Vanderbilt’s widow.

In 1960, third-generation member William Amherst Vanderbilt Cecil Sr. left a New York banking career to try to save the family home. The business then was losing about $250,000 a year, and there was no money to keep up with repairs. In 1968, Biltmore finally made a profit — $16.24.

In the late 1970s, William and his brother, George H.V. Cecil, divided the estate along interest lines. William kept the heart of the estate with the house, gardens and forests. George kept the profitable dairy farm and thousands of acres surrounding the core of the estate; he then formed a development company. Following the separation, William did careful estate planning to ensure the family legacy would remain intact after he died.

William developed marketing strategies, restored many parts of the property and added a vineyard and winery in 1985. He owned the company with his wife, Mary “Mimi” Ryan Cecil. Their children, Bill Cecil Jr. and Diana “Dini” Pickering, joined the business.

Today, Bill is president and CEO and a member of the company’s executive committee and board of directors. Dini is chairman of the board, president of the family office and chairman of Biltmore’s corporate philanthropy program. The G4 siblings own the company.

When Bill succeeded his father in 1995, revenues were $32 million. By 2016, that figure had risen to $207 million. The estate, a National Historic Landmark and tourist destination, draws more than a million visitors a year.

The enterprise now includes Antler Hill Village, a dining and shopping area with a winery; two hotels, including the four-star Inn on Biltmore Estate; an equestrian center; event and meeting venues; farmland; restaurants and shops. The company’s licensed products division, Biltmore For Your Home, offers products branded with the Biltmore name.

Every business decision is guided by the mission statement developed by William: “The preservation of Biltmore Estate as a privately owned, profitable working estate,” and by George Vanderbilt’s original vision for Biltmore: sustainable agriculture and an oasis for friends and family.

The Biltmore Company owns the estate. Other companies were set up for the ownership of Antler Hill Village, the winery, the agricultural property and the hotels.

Led by Dini, the family developed a comprehensive program to develop and educate the fifth generation, who grew up on the estate.

There are five G5 descendants, three of whom work in the business. Bill’s son Ryan Cecil is the director of investments for Lioncrest Capital, the company’s investment business. Dini’s son Chase Pickering is working on the experience design and development of Antler Hill Village. Bill’s daughter Aubrey Cecil-­Baliles works as project manager in the attractions division of the business.

Dini studied examples from other business families when preparing an education program for the G5s. Biltmore has hosted programs for family business owners to hear guest speakers and compare practices.

The third and fourth generations realized they needed to focus on communication. They instituted biannual family meetings in resort locations, combining fun with discussions about the family and the family business, as well as presentations delivered by the fourth- and fifth-generation family members. The meetings evolved into a family council.

Dini also spearheaded the development of a family charter, which outlines what family members can expect from the business and vice versa. The charter includes a family employment policy, which sets out education and experience criteria for family members who want to join the business.

The fifth-generation members became official shareholders and joined the board when they turned 18. In addition to the family board of directors, Biltmore has a board of advisers, consisting of family and non-family members.