A recent article in The Practitioner -- an online publication of the Family Firm Institute, an organization for professionals who advise and study family enterprises -- pointed out the difference between "firm survival over time" (continuity of a family business through the years) and "longevity of a family enterprise" (a family's ability to create wealth and value over generations).

The Practitioner article -- by Pramodita Sharma, the Sanders Professor for Family Business at the University of Vermont's School of Business Administration and a visiting scholar at Babson College -- argued that family enterprise success can be defined in ways other than leadership transfer from one generation to the next. "Both the creative destruction of firms and pruning of the enterprising family are integral parts of longevity of an enterprising family ....," Sharma wrote. "Recent reviews of the research on succession, governance, professionalization and performance all point in the same direction -- that one size does not fit all and the overarching numbers of ‘success' are insufficient to capture the complexity and heterogeneity of family enterprises and their pathways to success."

Utz merges into the public market

The snack food company founded by the Utz family a century ago combined with publicly traded Collier Creek Holdings and began trading on the New York Stock Exchange.

It seemed as if wedding bells were about to ring.

The love story circulating in 2015 was that the famed, folksy investor Warren Buffett was discussing a possible union with family-owned snack food company Utz Quality Foods of Hanover, Pa. These rumors arose after The Oracle of Omaha told Fortune magazine that his meals sometimes consisted of Utz Potato Stix and a Coca-Cola. Buffett, chairman and CEO of Berkshire Hathaway holding company, is famous for buying companies whose products he loves.

The purported engagement was a just fairytale. Buffett told Fortune soon after that he had contemplated buying Utz, but “it never went anywhere.”

Now, Utz has made a different kind of marriage, after years of gobbling up other well-known snack companies. In 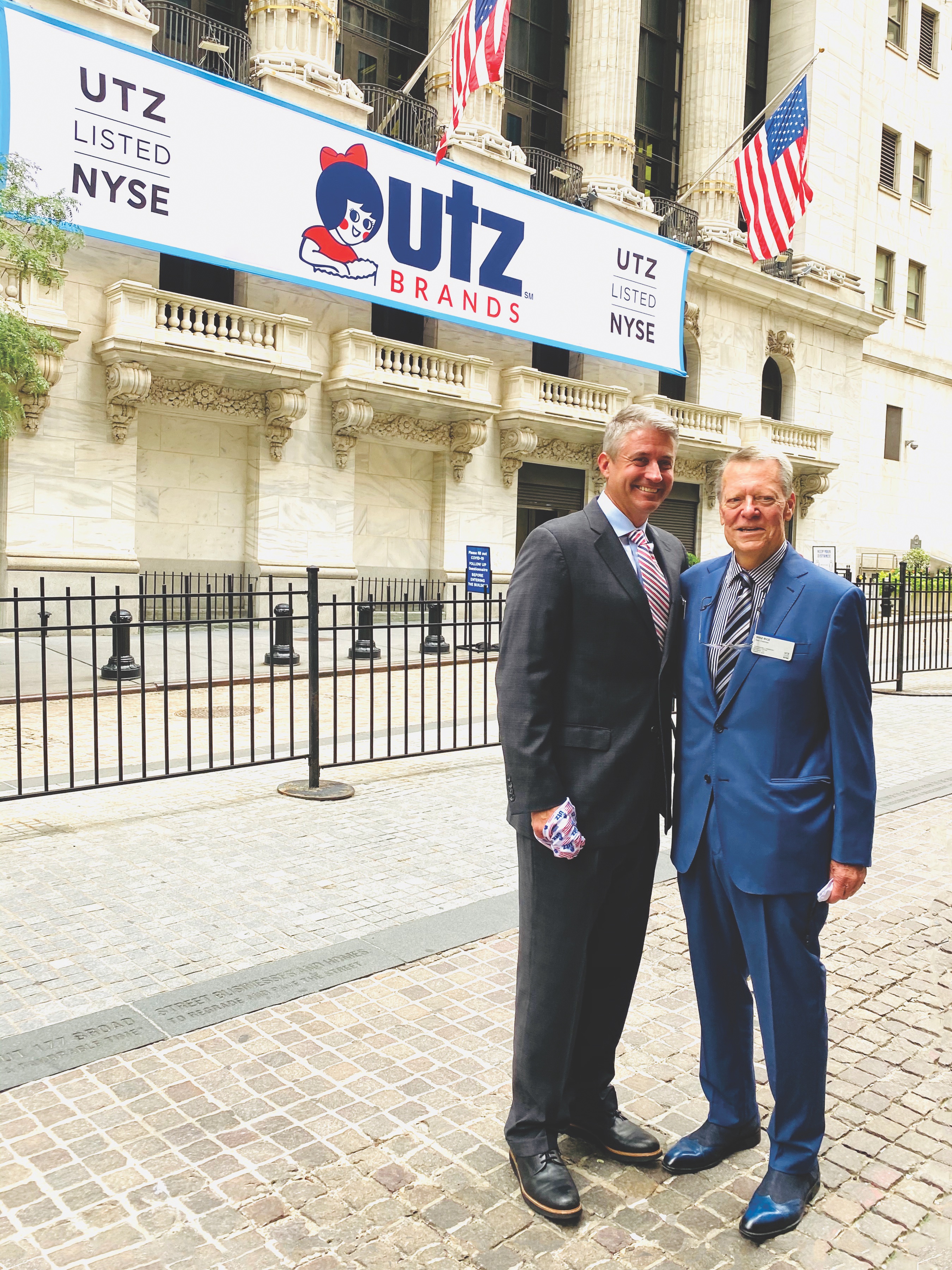